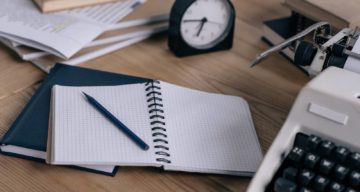 Jumi Bello’s debut novel hasn’t even dropped yet, but it is already one of the buzzworthy literary works anticipated this year. The Leaving is slated for a summer ’22 release, and is centered around a young Black woman’s journey through an unexpected pregnancy, stigma, and mental health. Bello has already established herself as an out-of-the-box writer, which makes her debut all the more exciting. Those who are eager to read The Leaving want to know more about who its author is. So we reveal her background in this Jumi Bello wiki.

Jumoke Adeola Bello was born on January 15, 1991, and grew up in the suburbs of Washington, D.C. From her social media, it appears she has at least two siblings.

Her father, Toyin Bello, is from Ilesa, Oyo, in Nigeria. He is a tech entrepreneur in Columbia, Maryland.

From a young age, Jumi Bello was drawn to a writing career. At 16, she was writing spoken word and poetry.

She graduated with a BA in history from Grinnell College in 2013 and spent the majority of her 20s doing jobs unrelated to writing. That included working as a high school teacher in Taiwan and China from 2014 to 2019.

She also freelances as an English tutor and college application mentor.

Bello has completed her debut novel, The Leaving. Her literary work, set to be published by Riverhead Books in July 2022, has received support from the University of Iowa, StoryStudio Chicago, Corporeal Writing, Tin House, and the Black Mountain Institute.

However, in early February 2022, unexpected news emerged from Publishers Lunch, a trade newsletter for publishing professionals. The report claimed that Bello’s book had been cancelled by Riverhead and its metadata”removed from online booksellers.”

But as of this publishing, the news has not been confirmed via statement by Bello or Riverhead Books.

Jumi Bello’s social media followers identified her boyfriend-turned-fiancé as Samuel Marner. It’s unclear if they have tied the knot, but Bello has referred to him as “hubby” on Instagram.

Bello and Marner are parents to a young boy named Noah. Their son often appears on Bello’s social media posts.

Samuel Marner is a native of Iowa and has worked with Centro. Currently, he too is enrolled at the University of Nevada-Las Vegas, where he is pursuing a BS in nutrition science.