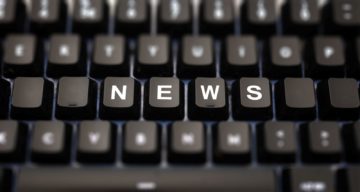 The residents of Cincinnati have relied on Julie O’Neill as their go-to source for the past 27 years. O’Neill quickly established herself as a regular in people’s homes and morning routine. However, folks were concerned about her missing from the news desk for several days. Now, the news is out that Julie O’Neill is leaving WCPO-TV. Find out what happened and her future career plans here.

Julie O’Neill went to St Josephs’s Academy. She graduated with a BA in Broadcast Journalism with a minor in music from Louisiana State University in 1992. She also studied musical theatre at the College-Conservatory of Music at the University of Cincinnati and vocal music at Centenary College of Louisiana before she graduated.

O’Neill hosted WCPO-TV’s Good Morning Tri-State for 27 years. She also interviewed country music singer and songwriter Garth Brooks ahead of his shows in Cincinnati in 2022.

Over the years, the news anchor connected with Cincinnati’s people on a personal level. And when they heard that Julie O’Neill was leaving WCPO-TV, they were disappointed.

However, O’Neill did not directly announce her departure from WCPO-TV. According to a report, the news director of WCPO-TV, Barry Fulmer, informed staffers about Julie O’Neill’s exit in a personal announcement.

The WCPO-TV team decided that Julie O’Neill would no longer be an anchor on the morning show. They spoke with her and gave her a few options. However, it seems the anchor decided to leave the station altogether. She had been missing from the news desk for the last few days, which worried WCPO-TV viewers.

Moreover, this incident reminded fans of Katherine Nero, who departed the station in 2018. There was a discussion about this on social media.