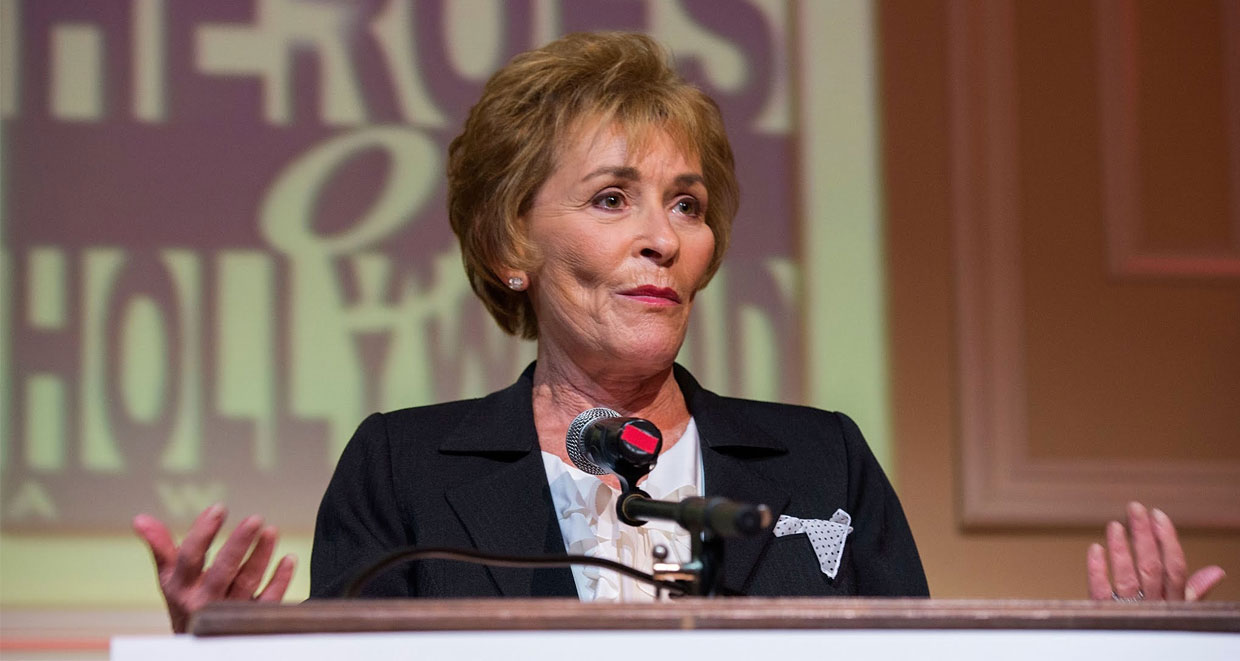 Judge Judy has been a popular award-winning TV program for many years now, and people still absolutely love the show. It’s all because of the honorable Judge Judith Sheindlin and her no-nonsense approach behind the bench! Love her or hate her, people eagerly listen to her rulings as she dishes out justice to all who come to her simulated courtroom. But many who have watched the hit show have questions regarding the inner workings of Judge Judy, so we are here to try and answer some of the common ones.

Those most interested in how real-life courtrooms function within the U.S. justice system are often the biggest fans of Judge Judy. And the person most responsible for the show’s long-running success is definitely the “Court Show Queen,” Judith Sheindlin. In fact, Sheindlin holds the Guinness World Record for being the longest-serving judge or arbitrator in courtroom-themed programming history!

Naturally, people are curious to know more about Sheindlin, as well as the inner-workings of the show. So, we’ve got the answers to all the questions that people are asking about Judge Judy, right here!

Who Is Judge Judy’s Bailiff? 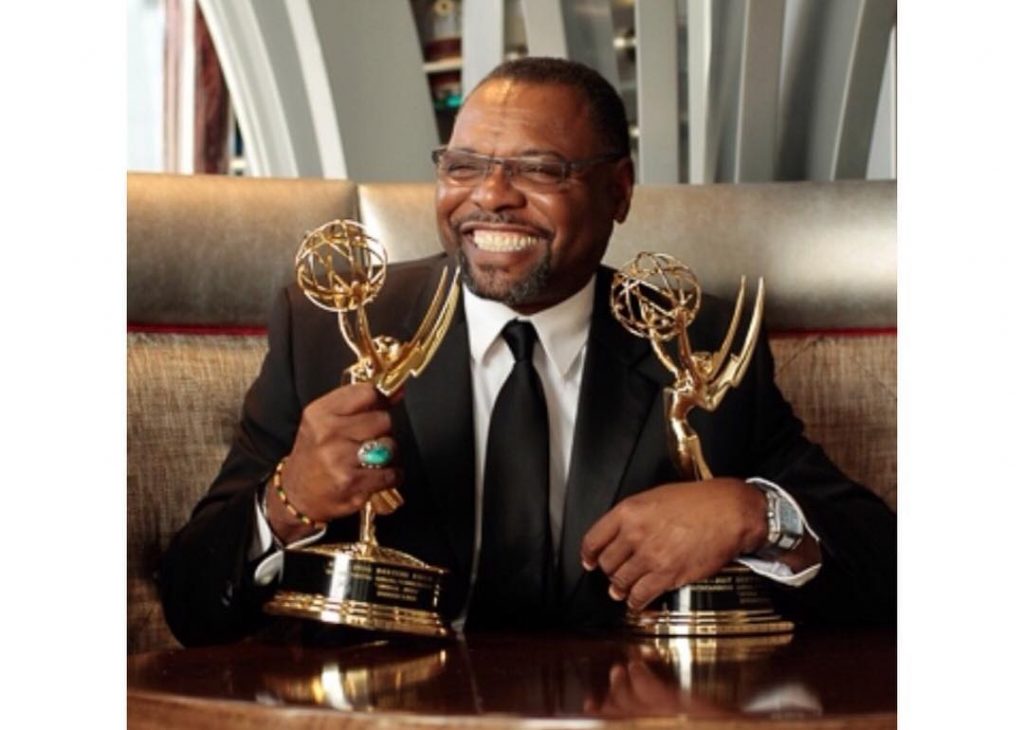 Petri Hawkins-Byrd, born on November 29, 1957, in Brooklyn, New York City, is the bailiff on Judge Judy. He started work as a court officer for the Brooklyn circuit of the New York City Court System, and later (in 1989), he obtained a criminal justice degree from John Jay College in midtown Manhattan, New York City.

When Sheindlin was offered her own TV series in 1996, Byrd wrote a congratulatory letter to her saying, “If you ever need a bailiff, my uniform still fits.”

Sheindlin called him at home to offer the position, and he accepted! Byrd has been with the show Judge Judy for its entire run, making him the longest-running court show bailiff in TV history.

Is Judge Judy a Real Judge? 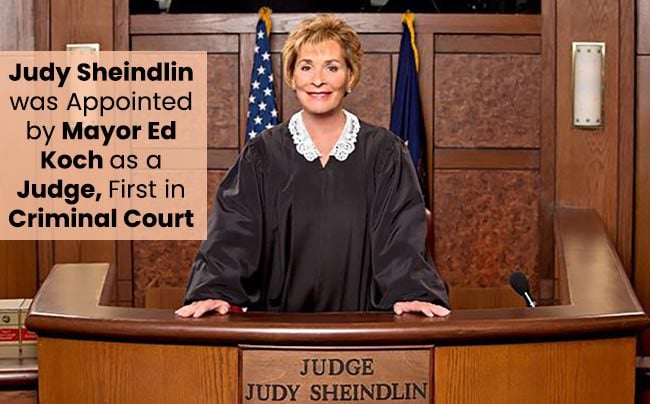 Yes, Sheindlin is a judge in real life! In 1982, the then New York City Mayor Ed Koch appointed her as a judge, first in criminal court, and later as Manhattan’s supervising family court judge in 1986.

On Judge Judy, Sheindlin presides over the American arbitration-based reality court show in her capacity of a retired Manhattan family court judge. She adjudicates real-life small claim disputes within a simulated courtroom set. She is not a real judge as far as the show is concerned.

Does Judge Judy Have Any Legal Authority? 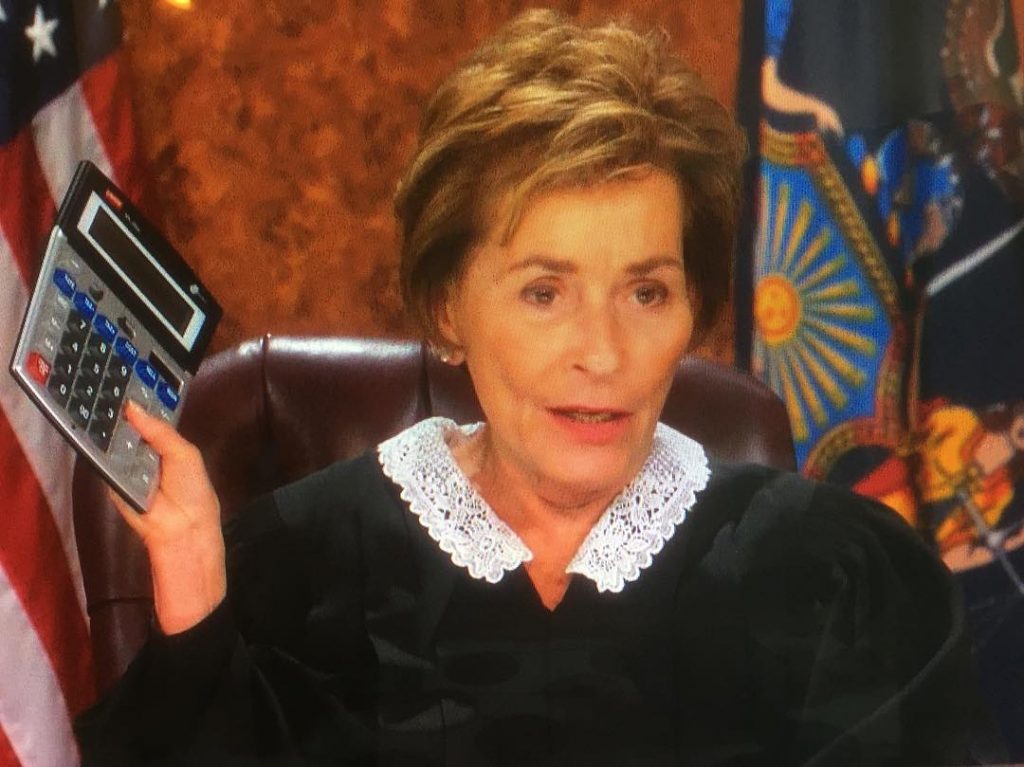 No. She does not have any legal authority because Judge Judy is a reality TV show, which is syndicated and distributed by CBS Television. However, all parties must sign arbitration contracts before the proceedings, agreeing to Sheindlin’s ruling, handling, and production staff management.

How Much Do Litigants Get Paid on Judge Judy?

How Does Judge Judy Work?

Each episode of the show begins with an introductory preview of the main case, and a voice-over gives information regarding who is suing whom and why.

Sheindlin then begins each case by questioning the parties about the dates, times, locations, and other facts central to the lawsuit. She then listens to the testimonies of all the concerned parties before making her final ruling.

Unlike in real court cases, there is no jury or lawyers present in this show. The litigants must defend themselves and answer all the questions asked by Sheindlin. After expressing her views on the litigants’ testimonies and the circumstances of the case, Sheindlin renders her judgment.

Is Judge Judy a Democrat?

How Much Does Judge Judy Get Paid? 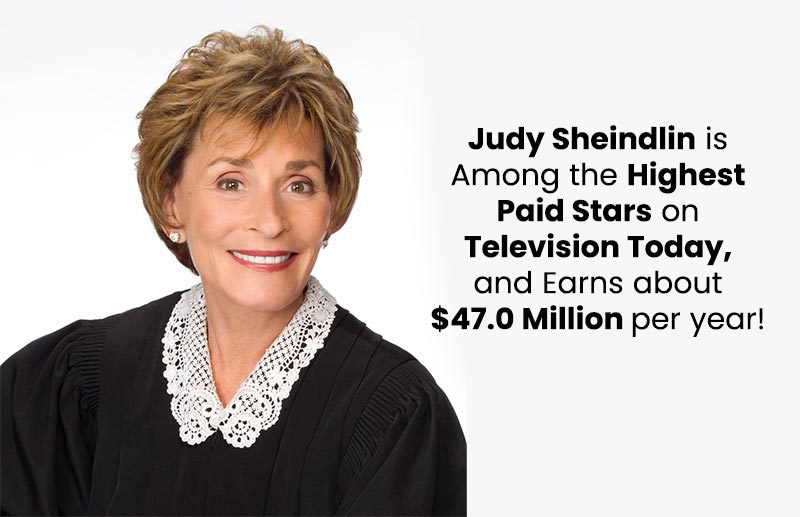 Judy Sheindlin is among the highest paid stars on television today, and earns about $47.0 million per year! Most of this money comes from the salary that she gets for being the star of the very successful Judge Judy.

It’s no surprise that Sheindlin has amassed huge wealth over the years thanks to her hit show. Sheindlin’s net worth is estimated to be around $350.0 million and growing!

Are the Judge Judy Cases Real?

Yes. The cases that appear on Judge Judy are real-life small claims disputes, and are not staged or fake in any way.

The cases are often small claims about former lovers, family and friends relations, and disputing neighbors. Disputes are mostly about issues like broken engagements, contract breaches, unpaid personal loans, minor property damages, personal injuries caused by other litigants or their pets, rightful ownership of property, and the fate of jointly purchased items.

Yes, despite recent rumors to the contrary, Sheindlin is very much alive! Being born on October 21, 1942, her age is 75, but she is still healthy and enthusiastic about her work and life.

When Is Judge Judy on Hot Bench?

Even though Hot Bench is a separate show from Judge Judy and features a panel of three judges, there is no hard and fast rule about when Sheindlin appears on it. In recent times, Sheindlin has appeared as a guest judge on Hot Bench on several occasions, adding her own brand of spice and vitality to the proceedings.

Why Was Judge Judy Sued?

Judge Judy has been sued several times and is still facing several lawsuits at the moment:

In December 2007, Jonathan Sebastien filed a lawsuit against the production company for wrongful termination. Sebastien, a former producer of Judge Judy, claimed that he had proposed certain cases for the show involving black litigants to the show’s executive producer Randy Douthit.

He claims that Randy Douthit (Judge Judy’s executive producer and director) turned them down alleging that he did not want to see any more black people, and their behaviors were “too ghetto.” Sebastien claims that the real reason he was fired was because he opposed his boss’s alleged “discriminatory selection process.”

The show’s former associate producer Karen Needle was fired in December 2007. She later sued Douthit claiming that she was wrongly terminated for being too old. She was 64 years old at that time. Even though Needle was suffering from back pain, a new chair was not provided to her. She argued that even though Judge Judy is a show about justice, it’s own staff was not treated well by the show’s producers.

Patric Jones, the estranged wife of Randy Douthit, filed a lawsuit against Sheindlin in March 2013. She alleged that Douthit and Sheindlin had conspired to allow Sheindlin to buy Christofle fine china and Marley cutlery, which was owned by Jones.

Jones claimed that Sheindlin paid Douthit $50,815 for the items, without her knowledge to take her valuables. The lawsuit was later settled out of court.

A Lawsuit by Rebel Entertainment

They also claimed that Sheindlin’s salary was far too high and they hadn’t been paid for launching the program and discovering Sheindlin. Though the court ruled that Sheindlin was not overpaid, the lawsuit is still in court and the case is reportedly still going on.

A Lawsuit by Kay Switzer

Most recently, Kay Switzer filed a breach-of-contract lawsuit against Sheindlin and CBS Television on January 19, 2018, claiming that she and Sandi Spreckman (now deceased) discovered and introduced Sheindlin to the producers of the show.

They claimed that if it hadn’t been for their contributions, there would be no Judge Judy and so the producers owed them monetary royalties, to the tune of $4.75 million!

Sheindlin herself has shrugged off these allegations and said that it’s her hard work that is responsible for making Judge Judy a major hit.