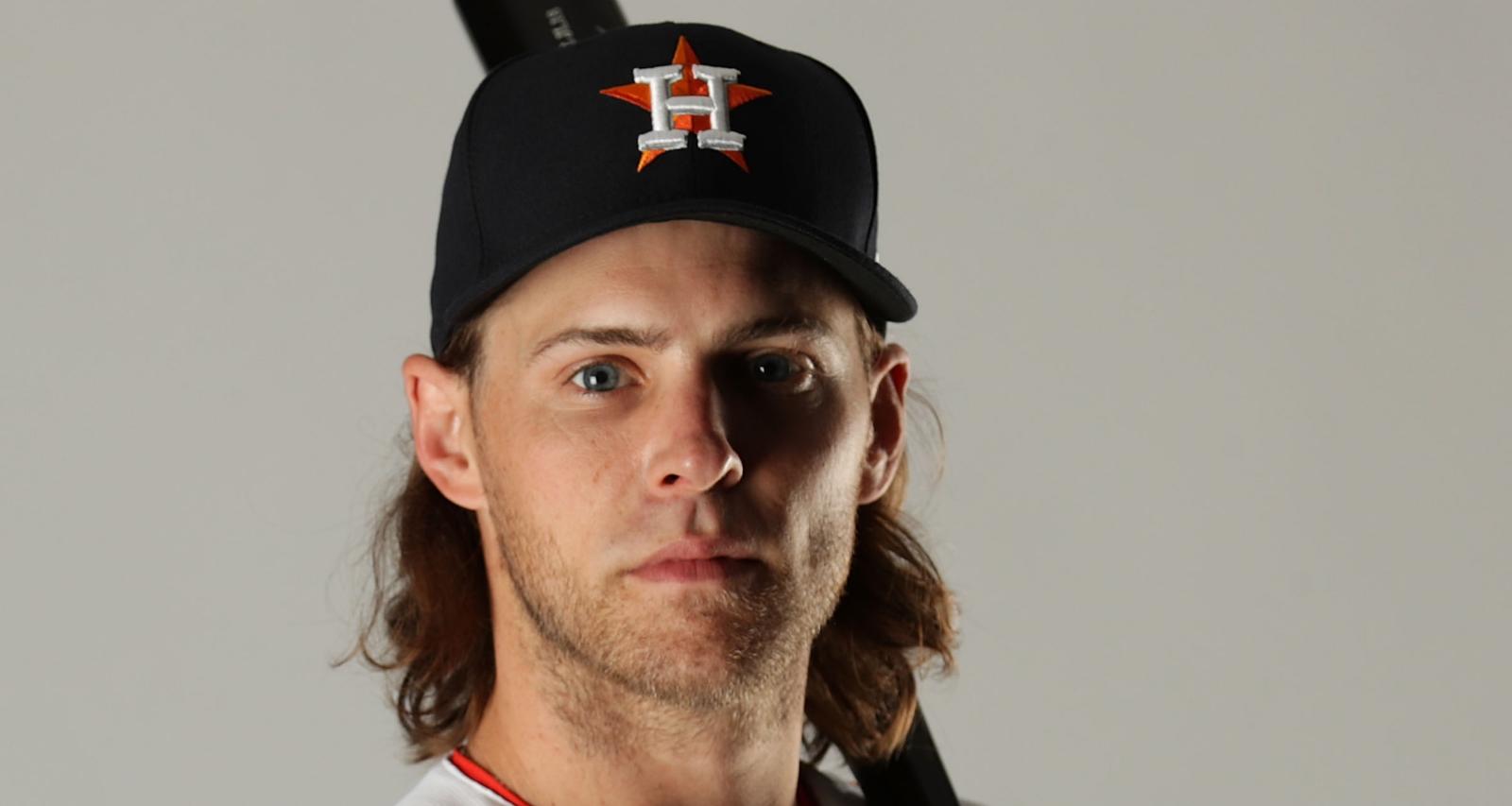 Josh Reddick #22 of the Houston Astros poses for a portrait at The Ballpark of the Palm Beaches (Photo: Streeter Lecka/Getty Images)

Josh Reddick is the man of the hour after his epic catch against the Red Sox! His skills were not only hugely appreciated by his fans, but by his girlfriend Georgette, too. Fans of Reddick and Georgette “Jett” Elkins have been speculating if they secretly got married, and after that “out of this world” proposal way back in June, you can’t really blame them!

Astros’ right fielder Josh Reddick and girlfriend Jett Elkins Arklin became engaged in June this year, after he got down on one knee at the Space Center in Houston! He made sure the ring was as monumental as the location, and that Elkins could never say no. On that note, here are five facts you didn’t know about snowboarder Jett Elkins.

Elkins is a proud alumna of Pepperdine University in Malibu, California. She is originally from Covina, California, and is 27 years old. She graduated with a degree in sports medicine and coaching from Pepperdine and then went on to receive a degree in clinical psychology from Australia.

Her love for snowboarding can be seen on her various social media platforms, and she has also won many competitions, like the USASA National Championships.

Elkins won Gold in 2015 at Copper Mountain, and she’s also snowboarded in many countries across the globe.

#2. Elkins Has a Godson Who Also Loves Snowboarding

Elkin’s godson, Sky Hughes, is 6 years old. He’s also an avid snowboard enthusiast, and is often seen accompanying his godmother on top of icy mountains. He has his very own Instagram page, too, where he claims he has been snowboarding since he was 11 months old.

The cutie receives personal training from Jett, who was also a snowboard instructor and supervisor at the Breckenridge Ski Resort in Colorado.

Apart from the extreme snow sporting, she’s also an “Adrenaline junkie, athlete, traveler, dirt biker, wakeboarder and skydiver,” as she explains on Facebook.

Elkins seems to have been 17 when she began dating then-22-year-old Josh Reddick back in 2007. She posted a sweet nine-years-of-togetherness photo on Instagram, calling Reddick her best friend through “thick and thin.”

She also says on their wedding website, “Both Josh and I are as competitive as it gets so our date nights usually consist of competing against each other at something. He’ll never admit it but I beat him at a lot of things.”

The couple has been through a long journey together, and in June 2018, they set yet another milestone by getting engaged.

It’s been a week and I still can’t believe I’m engaged to this amazing human @realjoshreddick ? And I’m obsessed with my beautiful ring. @diamondmansion did an amazing job!

After Reddick popped the question with a stunning double halo diamond ring from Diamond Mansion, the couple decided to take their official engagement photos at the Astros’ Minute Maid Park in downtown Houston. Elkins’ best friend Monique Nethercott, who is a photographer, snapped the happy couple and their five dogs.

Here are some photos from the happy occasion:

It’s All about Running Home

A Couple Couldn’t Be More In Love

This Is a Swipe Right Kinda Love

About damn time. Couldn’t be happier for my BFF and her new fiancé! Yayyyyyy! This is just going to be a celebration until the wedding day ??‍♀️? @purezerophotos #engaged #lamborghini #finally

Get ready to witness an amazing wedding on January 19, 2019. Reddick and Elkins have chosen the Jekyll Island Club Resort in Georgia to say “I Do,” and have also registered at Amazon.com’s Wedding Registry.

The couple’s wedding website also contains information about local activities and transport facilities, as well as the venue, for guests to come prepared during the wedding.

They are also urging their guests to go big with photographs and use the hashtag #ItsReddickTime, so fans can also enjoy their MLB hero’s wedding moments.

Here’s wishing good luck to the happy couple, Josh Reddick and Jett Elkins! Watch this space for more on the couple and their upcoming nuptials.