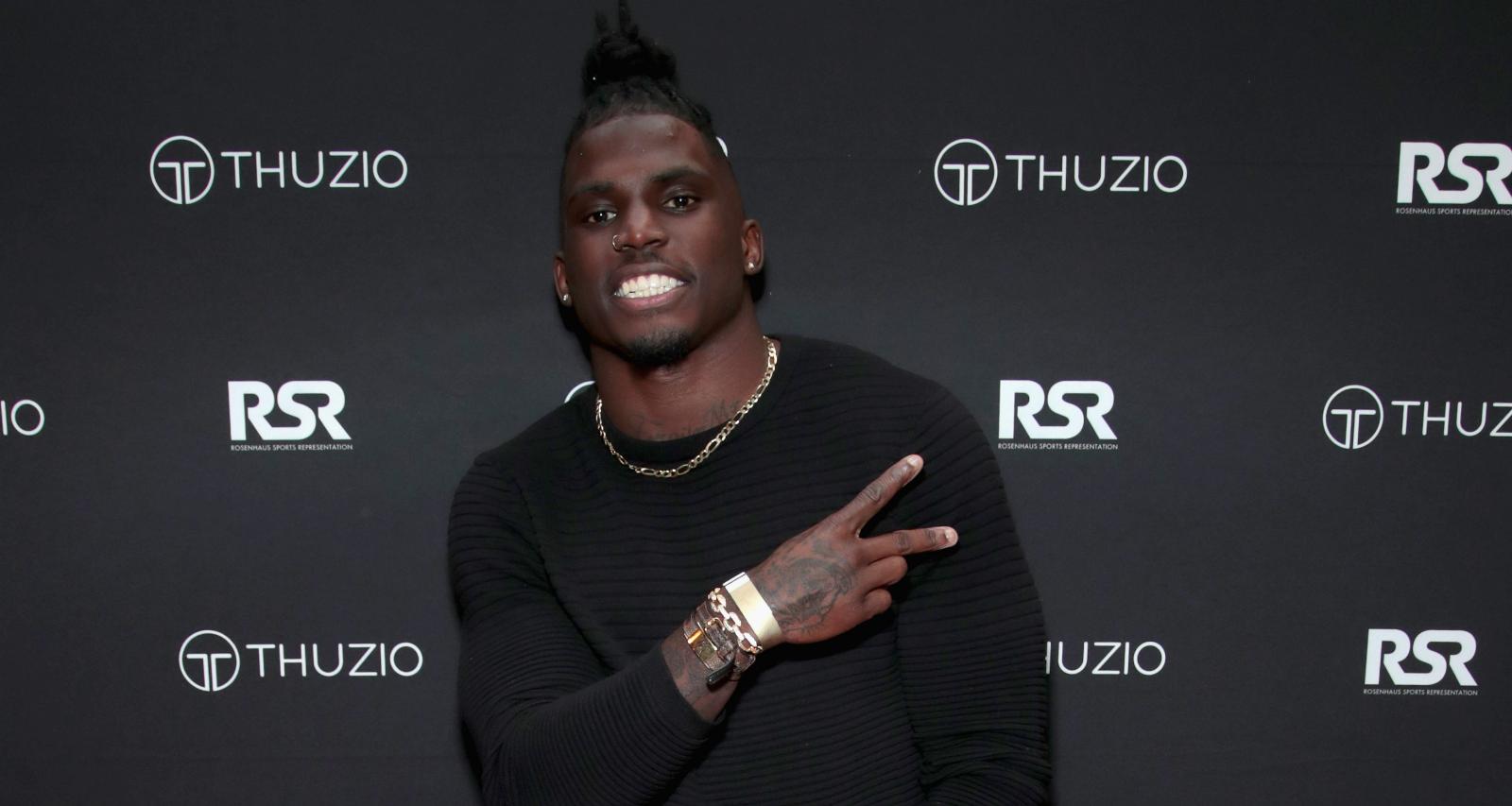 New England Patriots fans are hating on man of the hour Tyreek Hill, but for the Kansas City Chiefs, he is a hero! Hill was subject to bashing from Patriots fans after he led the Chiefs to victory with three receiving touchdown passes on Sunday, October 14, 2018. Hill and his fiancée, Crystal Espinal, are in celebration mode now, but the couple has a troubled past. Espinal is engaged to the man she once filed a domestic violence complaint against!

American football player Tyreek Hill faced domestic violence charges at the age of 20 after his current baby mama and fiancée, Crystal Espinal, made the allegations against him. She was assaulted by Hill back in 2015, and he pleaded guilty to the charges.

There’s a lot more to that story, and their relationship has greatly improved since then. Get the scoop here with details from Crystal Espinal’s wiki!

Who Is Crystal Espinal?

It appears the family is from Denton, Texas, according to her brother, Brandon Espinal’s Facebook page.

She Was Pregnant When Tyreek Hill Assaulted Her

Espinal met Hill when they both attended Oklahoma State University. Their romance began when they started dating each other back in 2014. Everything seemed to have been going well, until the night of December 11, 2014, when Hill and Espinal were at home.

She reportedly told the Oklahoma Police that Hill went berserk that night after reading some texts on her phone. He threw her laptop and phone out the door and asked her to leave, too.

But since she wasn’t fully dressed, she stayed put and asked to come back inside. Hill then allegedly assaulted Espinal once she re-entered the home.

Espinal recounted what happened and said that Hill “punched my face. When I tried to get up, I was put into a choke-hold (for) longer than a minute.”

Shockingly, Espinal was pregnant at the time with Hill’s baby boy, Zev. The then-20-year-old was punched in the stomach, banged against the wall, and was basically thrown “around like a ragdoll,” Tulsa World reported.

He Proposed to Her after They Moved to Kansas

Tyreek Hill pleaded guilty to the domestic violence charges on August 21, 2015. He was sentenced to three years probation and ordered to complete a 52-week Batterer’s Intervention Program as well as an anger management course.

According to court documents, the domestic assault and battery charges were dismissed and expunged against Hill in August 2018, after he completed the terms of his sentence.

Espinal and Hill’s relationship seems to have improved after their tumultuous past, and they now appear to be living a healthy family life. The couple and their son, who is now three, have since moved to Kansas.

Hill proposed to Espinal in September 2018 during a low-key night out. The couple is officially engaged and looking forward to a happy future together.

Speaking Out on Domestic Abuse

Espinal’s strength is commendable. She and her fiancé may have gone through a difficult past, but she is strong enough to let it all go and wants to live a happy life with Hill.

Crystal Espinal is now in full support of her soon-to-be husband, Tyreek Hill, and cheering him on during his games.

We winning all around in this family! @cheetah pic.twitter.com/hKwK3AyWmD