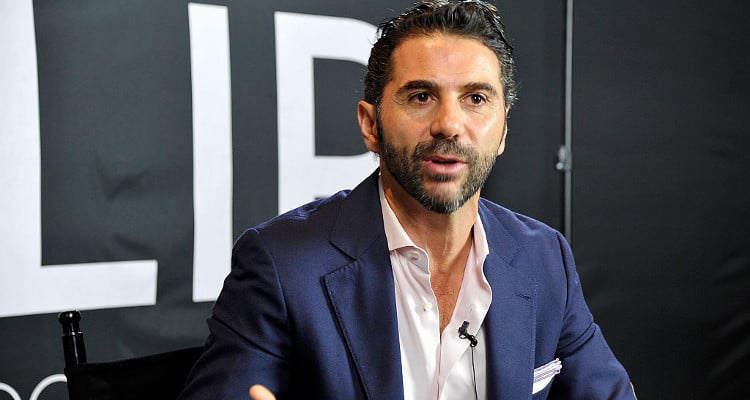 Eva Longoria is pregnant! The 42-year-old actress’ rep confirmed the news of Longoria’s pregnancy yesterday. Longoria’s baby boy is expected to make his appearance in May 2018, and we couldn’t be happier for her. With the announcement, the spotlight is now also on Eva Longoria’s husband. We have more about him in José Bastón’s wiki. Who is José Bastón? Keep reading to find out!

Eva Longoria will be taking on a new role of a mommy soon! She is expecting her first child with husband José Bastón, and the couple are ecstatic with the news.

José Bastón may be known as Eva Longoria’s husband, but he has an impressive resumé of his own. As president of Televisa, the most prominent media organization in Latin America, Bastón established a successful career for himself.

Eva Longoria and José Bastón got married in 2016 and are excited to welcome their baby boy. Now, everyone wants to know more about the dad-to-be, and we’ve got all the details for you right here.

The prestigious media company handles a wide range of media services in Latin America, including most of the television production, international distribution of Spanish television shows, publication of magazines, radio broadcasting, online streaming of television shows, and more.

Even though he is heavily involved in the world of media, Bastón prefers being out of the limelight. The few times he is spotted in public are mostly with his wife.

Eva Longoria and José Bastón met in 2013 and dated for a few years before tying the knot in a gorgeous ceremony in Mexico last year.

A year ago today I married the best human being in the world! This year has been magical and memorable, as is every moment with you. Happy Anniversary amor mío! You are my life! Te amo te amo te amooooooo! ❤️

Ana Ortiz spoke about Bastón and how he was perfect for Longoria saying, “I am so thrilled that [Longoria] has someone who is not intimidated by her and who is not afraid by her power, her beauty, her friendship and her drive. He’s just as driven and he’s so supportive.”

This marriage is José Bastón’s second, and Eva Longoria’s third, and the couple cannot look more in love! Many fans took to Instagram to share pictures of the couple strolling around Los Angeles, holding hands on the beach, and just enjoying being together.

they only have eyes for each other ❤️ – Eva Longoria & Jose Baston in South Beach. • #evalongoria #josebaston #marriagegoals #southbeach #miami #florida #streetstyle

Longoria previously spoken about Bastón being an “uber private” person. But we think he doesn’t mind the cameras when he is with her!

In a 2015 interview with People magazine, Eva Longoria shared her desire for a baby saying, “I just turned 40, so I have thought, ‘Is time running out?’ I should be thinking about [children], but I feel like my life is full.”

Longoria also spoke about José Bastón’s kids from his previous marriage to Mexican actress Natalia Esperon , “They’ve been such a gift in my life. I don’t feel like we are lacking because we don’t have a baby.”

The actress added that a baby of her own would be “icing on the cake.” Well, it looks like Longoria’s wish has come true!

Bastón has experience of being a dad to his three children. So he will definitely be a help to the mommy-to-be!

We are delighted to hear that Eva Longoria and José Bastón will be parents soon, and we can’t wait to see pictures of their new addition!