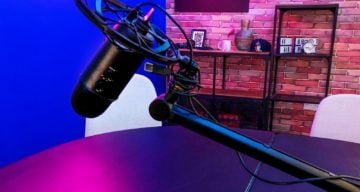 Jonathon Dornbush is one of the cult-favorite personalities at IGN for good reason. Besides producing a good chunk of IGN Entertainment’s content and features, he hosted the weekly PlayStation podcast, Beyond! Gamers never miss the content producer’s show. So Beyond! fans were crushed when they tuned in to this week’s show and found out it is Jonathon’s final broadcast. Jonathon Dornbush announced he is leaving IGN Entertainment for a new opportunity. His followers naturally want to know where he is going next. Here’s what Jonathon Dornbush said about his departure from IGN.

Before Jonathon Dornbush graduated from New York University in 2014, he had done video and editorial internships at Polygon and served as Washington Square News’ editor-in-chief. After college, he joined Entertainment Weekly as an intern and was promoted to assistant editor in six months.

He moved from New York to San Francisco when he joined IGN Entertainment in 2016. He started as an associate editor handling a variety of content before he rose to news editor, host, and producer in 2018.

Dornbush began producing and hosting the PlayStation show, Beyond! since then and steadily gained a following. In recent years, he was promoted to senior news editor and senior features editor while continuing to produce other IGN content alongside hosting Beyond!

I’ll discuss what’s next soon. And I’ll save my sappy goodbye tweets for my actual last day this week.

But for now, if you’ve been a part of or supported Beyond! in any way while I hosted, thank you. It has been my honor to host a show that meant so much to me

This week’s episode of Beyond!, which aired on August 25, was Dornbush’s final show. Jada Griffin and Mark Medina joined him to go down memory lane, talk about PlayStation, and share stories from Jonathon’s time at IGN. Dornbush then thanked his colleagues and crew at the show and IGN.

Jonathon Dornbush’s actual last day at IGN Entertainment is Friday, August 26. He stated he would reveal what is next for him and where he is going after wrapping his last day at IGN. So keep your eyes peeled on his social media for further updates.