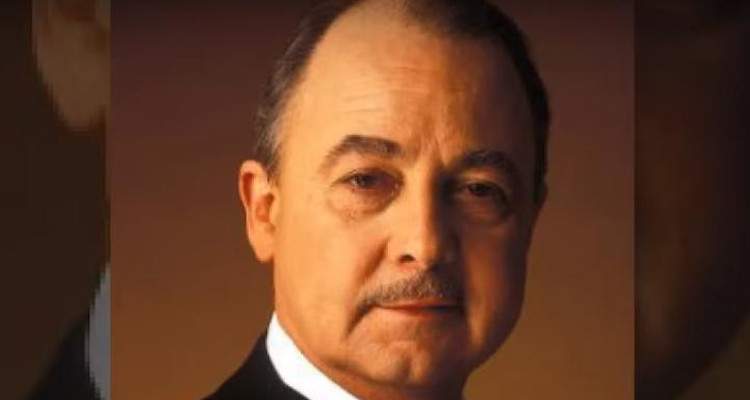 Actor John Hillerman who is known for his role as Jonathan Quayle Higgins III on Magnum, P.I., passed away in his home on Thursday. Although he retired a long time ago, he still managed to accumulate a decent amount of money. John Hillerman’s net worth is estimated  to be $5.0 million.

Hollywood is mourning the loss of another brilliant actor. Hillerman was an Air Force veteran, who decided to go into acting. Although he retired quite a long time ago, he still managed to win over several hearts.

Hillerman’s net worth is calculated at $5.0 million. However, there are no details about his endorsements or sponsorships.

Birth of a Hollywood Star

He was interested in opera since he was 10 years old. In fact, he would often travel to Dallas to watch shows. Although he was inclined towards a career in opera, Hillerman decided to complete his education. He majored in journalism at the University of Texas at Austin.

In 1953, he joined the United States Air Force, doing maintenance in a B-36 wing of the Strategic Air Command, but went on to become a sergeant until 1957. After leading a very disciplined life for four years, he decided to pursue acting.

During his service in the United States Air Force, Hillerman worked with a theatrical group in Fort Worth, “I was bored with barracks life. I got into [acting] to meet people in town. A light went on.”

In 1957, after discharged from his duties, he decided to move to New York City and study at the American Theatre Wing.

In an interview, Hillerman revealed, “I had no desire to be an actor, I wanted to meet people. I realized that until that moment I had been bored stiff all my life. I decided, ‘This is what I want to do with my life.’ I stepped onstage opening night and—it sounds corny—a light went on.”

About his struggling days, Hillerman said, “It isn’t so long ago that I was a struggling actor living in New York, and the only thing I could overlook was my rent.”

For the next 12 years, he only concentrated on professional theater and performed in various productions such as The Great God Brown and King Henry IV, Part II.

Although he was a lead character in most productions, he struggled to make ends meet. So he moved to Hollywood in 1969, to explore career opportunities.

Hillerman made his Hollywood debut by playing a reporter in the film, They Call Me Mister Tibbs!, which was released in 1970.

The actor worked in several movies throughout his career such as The Last Picture Show, Skyjacked, High Plains Drifter, Paper Moon, The Naked Ape, and Blazing Saddles. He also starred in Chinatown, At Long Last Love, Lucky Lady, Audrey Rose, Sunburn, History of the World, Part I, Up the Creek, and A Very Brady Sequel.

Although he had a successful movie career, he appeared in many TV shows, most notably Magnum, P.I.

Hillerman also starred in shows like Ellery Queen, One Day at a Time, The Betty White Show, The Love Boat, Tales of the Gold Monkey, Around the World in 80 Days, and The Hogan Family.

Additionally, he made appearances in episodes of TV shows like Mannix, Kojak, Serpico, Hawaii Five-O, Little House on the Prairie, Lou Grant, Murder, She Wrote, and The Love Boat.

For his splendid dedication and work in the industry, Hillerman won a Primetime Emmy in 1987 for Outstanding Supporting Actor in a Drama Series for Magnum, P.I.

In 1982, he took home the Golden Globe for Best Supporting Actor in Magnum, P.I. He was also nominated for several Emmys as well as Golden Globes. John Hillerman retired from show business in 1999.

Not a lot is known about Hillerman’s personal life. There is no information on who he dated or if he was married. We do know that he has a sister, Jo Ann Tritico, who has seven kids.

The Magnum P.I. actor died on November 9, 2017. His nephew, Chris Tritico, an attorney in Houston, broke the news about his uncle’s death. Tritico revealed that Hillerman’s health was poor and he died of natural causes at his Houston home, “He had an outstanding sense of humor and was one of the most well-read people I ever met. You couldn’t play Scrabble with him.”

In memoriam: Actor #JohnHillerman dies at 84 · The #actor, best known for his role as #Higgins in the 80s TV show Magnum, P.I., has died at the age of 84. John was a sweet and awesome man. . #magnumpi #tv

About his uncle’s career, Tritico said, “The reason he didn’t take another big role is he refused to take a sitcom after ‘Magnum.’ He wanted to continue doing the serious work that he felt Magnum was.”

Reportedly, there will be no services held for Hillerman’s funeral. He is survived by his sister and her kids.

It is a sad moment for the family and fans of actor John Hillerman.  Many people took to social media to express their sadness and give condolences to Hillerman’s family.