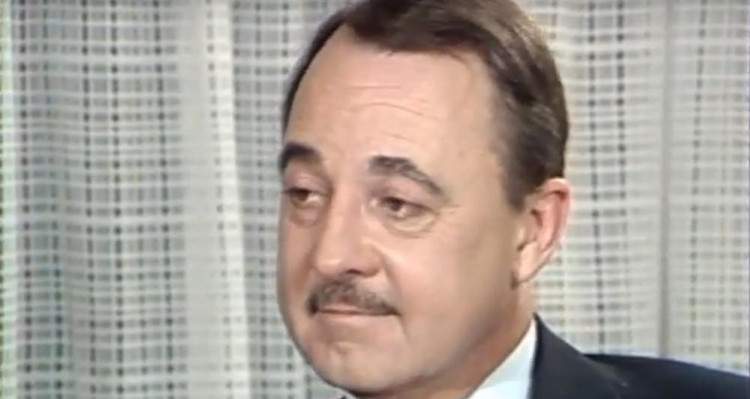 John Hillerman, who is still remembered today for his award-winning role on Magnum P.I. alongside Tom Selleck, passed away yesterday (November 9). John Hillerman’s cause of death was not immediately known.

Iconic actor, John Hillerman passed away yesterday. He’s best known for playing the stuffed shirt pain in the ass to the freewheeling detective portrayed by Tom Selleck, in Magnum P.I. Hillerman bowed out from the spotlight years ago, but he’s still remembered for his timeless on-screen personas. Take a look at this star’s legacy, right here in our John Hillerman wiki.

An Obsession of Operatic Proportions

Hillerman was born in Denison, Texas to Christopher Benedict Hillerman, a gas station owner, and Lenora Joan, who owned a beauty parlor. His grandparents were European immigrants making him of German, French, and Austrian descent.

When Hillerman was 10, he fell in love with the opera thanks to the Metropolitan Opera radio broadcast. His parents nurtured his passion for the performing arts and by the age of 12, he was making trips to Dallas alone to watch The Metropolitan Opera -productions on weekends.

He went on to study journalism at the University of Texas, after winning essay contests. After college, he joined the U.S. Air Force where his acting dreams got a push.

During his stint in the Air Force, Hillerman worked in maintenance, rose to the rank of sergeant, and joined theater groups. “Because I was tired of the barracks. Sounds corny to say it, but when I first walked out on the stage, I thought, ‘I’ve been bored all my life, right to this moment,’” he said about his time in the Forth Worth community theater group.

At the end of his service, he moved to New York to make a career in acting. But he knew he’d have to get rid of his Southern drawl to succeed. A year later, after intensive speech training under a voice coach, he acquired an impeccable English accent. “Even the English think I’m English,” said Hillerman.

In 1957, he began his professional theater journey playing more than 100 roles on and off Broadway, with plays like Death of a Salesman, The Lion in Winter, The Little Foxes, and The Seven Year Itch. But it was a long time before he claims he was making decent pay. He appeared on Broadway in 1959 with King Henry IV, Part II and The Great God Brown.

Among his early Broadway roles, he was a young spear-carrier in a production of Othello. There he met writer-director-producer, Peter Bogdanovich. Years later, Bogdanovich cast Hillerman in the breakthrough movie, The Last Picture Show, which was the actor’s motion picture debut.

He went on to do more movies, with his most iconic big-screen roles being in Chinatown and Blazing Saddles. He became a legend in the sitcom arena for some of the most entertaining characters.

I am deeply saddened by the loss of my good friend John Hillerman. My thoughts and prayers are with his family as they mourn this loss. pic.twitter.com/5PM4gXqolt

He was a radio detective on Ellery Queen and had a recurring role on One Day at a Time. He played the estranged husband of Betty White on the short-lived but supremely entertaining sitcom, The Betty White Show.

But none of his credits compare to the retired British military man, Higgins, who often rained on the parade of the lively, P.I. Magnum. Tom Selleck and John Hillerman became immortalized as one of the funniest on-screen duos. Higgins’ many curt clapbacks count among some of the most hilarious of on-screen dialogue today! The role got him wealth, fame, an Emmy, and a Golden Globe!

Hillerman left for Hollywood with only $700 to his name in his quest to become an actor. He fell $10,000 in debt until he got his big break. At the time of his death, he had a net worth of $5.0 million.

Dr Bannister, I have a message for you from the staff of what’s left of the hotel.

We would appreciate it if you would check out.

17 years ago, Hillerman decided to retire from acting and return to his home state of Texas. He was last seen on screen for one episode of Murder, She Wrote in 1992 and an appeared in The Very Brady Sequel in 1996. According to his nephew, Chris Tritico Hillerman refused to work on another sitcom after Magnum P.I. because “he wanted to continue doing the serious work that he felt Magnum was.”

Hillerman passed away in his Houston home yesterday, on November 9. He was 84. His cause of death wasn’t initially disclosed, but it was reported that his health had declined in the days leading up to his death. His nephew later told the media that he died of natural causes.

The actor was not known to have any serious relationships in regards to a wife or girlfriend. He is survived by his sister, Jo Ann Tritico, and seven nieces and nephews, including Chris Tritico, a well-known attorney practicing in Houston.