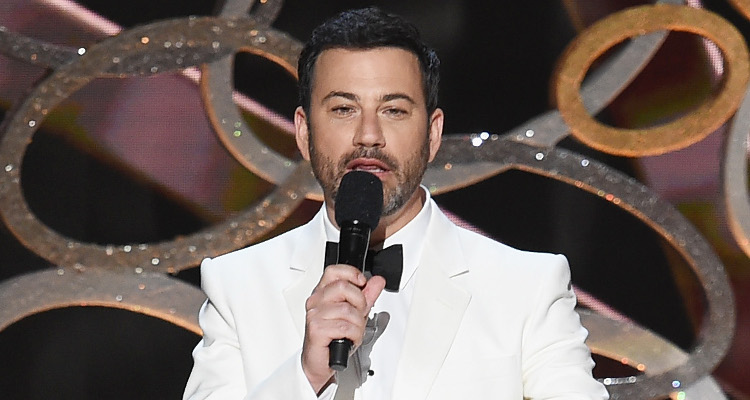 The 89th Academy Awards will air this Sunday (February 26) and will be hosted by Jimmy Kimmel. For Oscars week, Jimmy Kimmel Live! will air some of the best “After the Oscars” specials.

Jimmy Kimmel is preparing to host Oscars on Sunday night (February 26). All week, Jimmy Kimmel Live! will air the show’s post-Oscar specials. Monday night featured the 2010 Oscars show with Robert Downey Jr., and Jimmy Kimmel posted a throwback photo on Instagram of that special. Take a look at how different both stars looked! 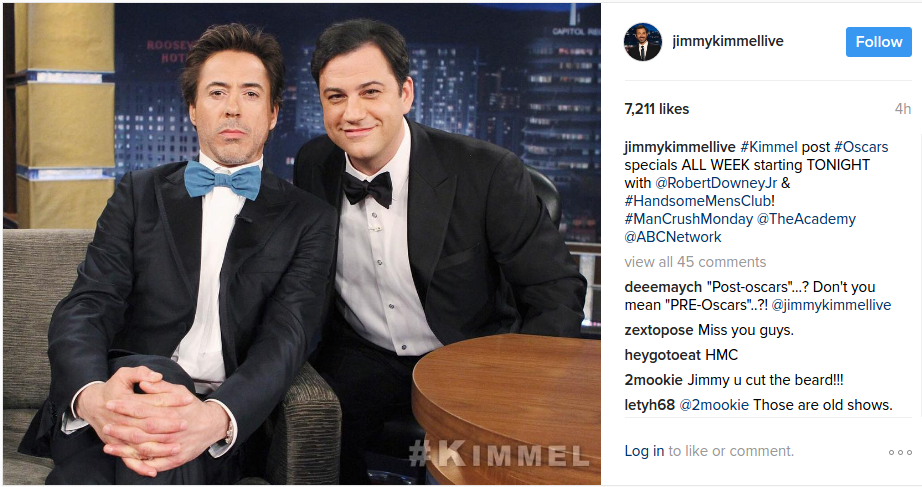 Hollywood’s most glamorous night is only days away and there are high hopes for Jimmy Kimmel. Matt Damon is nominated for the Best Picture Award for Manchester by the Sea. It looks like the feud between Matt Damon and Jimmy Kimmel is ongoing, as Kimmel said, “I’m going to do everything I can to make sure that he doesn’t win or doesn’t know that he won. My goal is to keep him off stage.”

The two have had an ongoing fake feud that goes back to 2006, when Kimmel jokingly ended a show apologizing to Matt Damon for not having time to interview him. It continued during the 2016 Emmy Awards (also hosted by Kimmel), when Jimmy Kimmel Live! lost the award for Best Variety Talk Series. During the ceremony, Damon walked on stage and said to Kimmel, “That’s a bummer. It makes a lot of sense, but you must be really bummed out. This is so humiliating. You lost and now you’ve got to stand out here for the rest of the night in front of everybody when you probably just want to go home, curl up and cry.” He then turned to the audience and asked for a round of applause for Kimmel saying, “Can we cheer Jimmy up? He’s a big loser!”