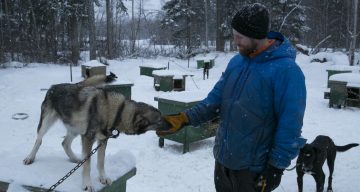 Jessie Holmes left his hometown in Alabama at the age of 16 looking for adventure, and his search eventually took him to Alaska. He fell in love with the icy wilderness and never ended up leaving! Today, Holmes lives in Nenana, Alaska, and makes his living as a carpenter, hunter, fisherman, and reality TV star as he appears in the popular TV series Life Below Zero, with a modest net worth estimated at around $500,000.

Ever since the TV show Life Below Zero premiered on the National Geographic Channel in 2015, it has only gone on to become more popular among viewers. Life Below Zero is a documentary television series that chronicles the lives of people living in remote areas of Alaska as they struggle to survive in below zero conditions.

Holmes Lives with His 40 Dogs

The series shows the everyday struggles of these people as they hunt and depend on only themselves and survive by using every little resource that they have. One of these brave people is Jessie Holmes, a fisherman, hunter, and dog sled racer who lives alone in Nenana, Alaska with his 40 sled dogs.

Holmes became a favorite of viewers after joining the cast of Life Below Zero in 2015 and even today remains one of the most popular cast members. The series is currently airing its fourth season.

He Had a Thirst for Adventure Since Childhood

Born on February 21, 1980, in Alabama, Jessie Holmes age is 38. Even as a child, Holmes had an unquenchable thirst for adventure. So, at the young age of 16, he left home and landed in Montana by taking a ride on freight trains. There, he learned carpentry and worked and lived for three years before his restless spirit started goading him to move again.

Holmes ended up in Alaska and has remained there ever since. He now lives in Nenana along a river, and his only company is the brood of 40 dogs whom he takes care of. Holmes does everything for his dogs on his own, and that includes breeding, raising, and training them, as well. 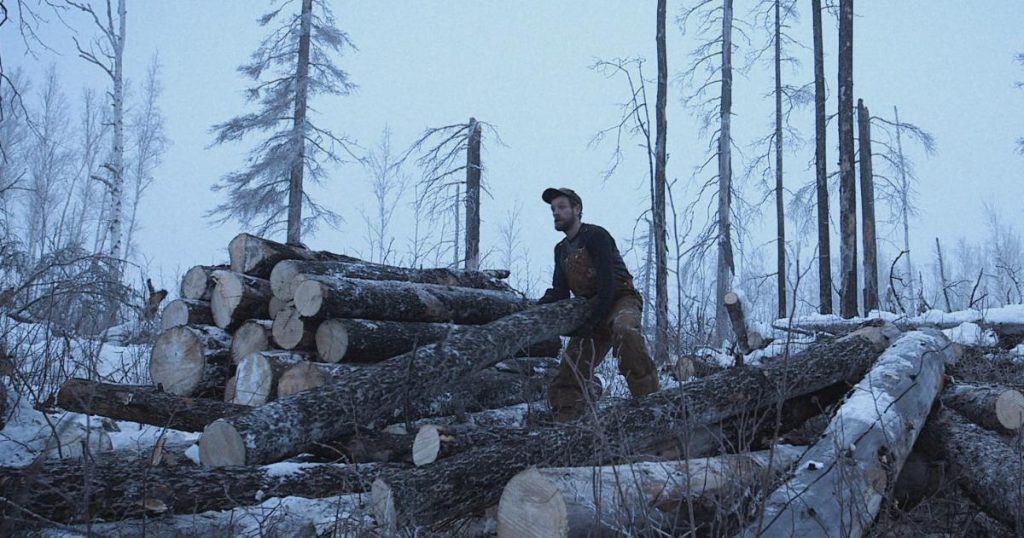 Holmes is a carpenter and a reality TV star who tries to follow Alaskan traditions as much as possible. He holds citizenship in Alaska and his favorite activity is attending the dog races in the state every year.

Holmes is kept busy by his hard work, which includes building boats, fish wheels, sleds, and cabins. He makes a living by doing all this work and appearing on Life Below Zero. People are curious about the money he has because there are not too many opportunities to earn money in the Alaskan wilderness.

People often speculate about Holmes personal life and want to know if he has a girlfriend or wife.

There are no reports about Holmes having a girlfriend or a wife currently, and the wilderness is probably his only mate right now. In fact, Holmes has never spoken about his private life to anyone, including on Life Below Zero.

Holmes Won the Rookie of the Year Award

I love the Alaska range. cant wait to race tru Rainy pass and tha Dalzel gorge in the coming Iditarod .

Holmes has proved himself as a master of sled dogs by winning the Rookie of the Year Award in the 46th edition of the race known as the Iditarod. Iditarod is a 1,000-mile sled dog race that is held in Alaska every year. In the 2018 competition, Holmes finished at the seventh place by managing his ten sled dogs with love and passion.

In 2017, Holmes had performed very well in the Kobuk 440 race and gained tremendous confidence. It showed clearly in his performance at the 2018 Iditarod.

After completing his race at Iditarod Holmes said, “I feel really good. It was a pretty amazing experience coming these last 23 miles into here, just watching the dogs, how much they’ve grown as a team over this thousand miles.”

He Loves His Dogs More Than Anything Else

Holmes loves his dogs more than anything in the world and the proof is easily found on his Instagram account. It is full of pictures of his sled dogs, his puppies sleeping and cuddling each other, dogs pulling the sled, relaxing after a hard day’s work, and basking in the meager Alaskan sunshine.

Some people dream of giving up their busy lives in the cities and towns they live in, to one day head out to a lonely and wild land that is far removed from normal civilization. However, that life is not for everyone and only a few actually do it because it involves having great courage, determination, and survival skills. Well, Jessie Holmes is one of this rare breed of men who does it every day of his life. He lives a harsh life in a harsh land and that’s just the way he likes it!