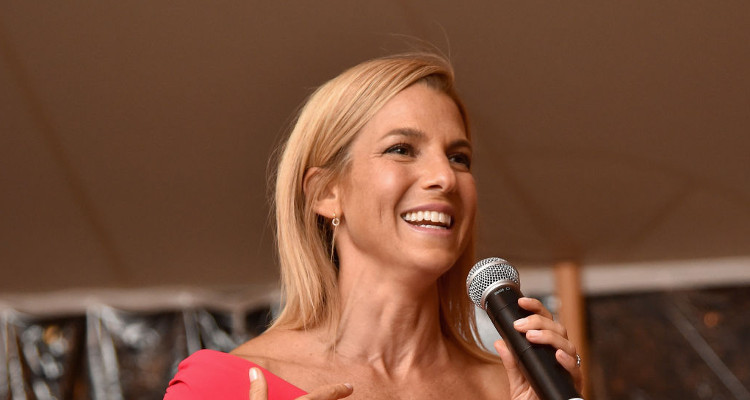 Jerry Seinfeld’s life changed for the better when he met and married Jessica Sklar and since the release of a new stand-up special on Netflix, many have taken interest in the funnyman’s wife. Jerry and Jessica Seinfeld have three kids and share a warm and wonderful home together. She is an author of four cookbooks and the founder of the Good+ Foundation, a charitable organization that delivers essential items to families in need.

Born on September 12, 1971, in Oyster Bay, New York, Jessica Seinfeld’s age is 46. Her father is a computer software engineer while her mother was a city social worker for over 50 years, and an attendance officer at Hunt Middle School in Burlington, Vermont, where the family lived. Jessica graduated from the University of Vermont before working in public relations for Golden Books Entertainment and Tommy Hilfiger.

Sharing Her Passion for Cooking

Jessica loves cooking and sharing her kitchen secrets with others. Realizing that a lot of people wanted to get their hands on her recipes, she started writing cookbooks. Jessica has released four cookbooks so far: Deceptively Delicious: Simple Secrets to Get Your Kids Eating Good Food, Double Delicious! Good, Simple Food for Busy Complicated Lives, The Can’t Cook Book, and Food Swings. Her books have been commercially successful and were even featured on the New York Times bestseller lists. Not satisfied with her contribution to cooking, she launched a website for beginner cooks in October 2010. Along with her recipes, her site has step-by-step instructional pictures so you know exactly what to do while trying one of Jessica Seinfeld’s recipes!

From the lost files: One year ago, I got to wear the most drop-dead gorgeous @dior Emmy's dress @marnixmarni found for me, along with these @lorraineschwartz earrings. This year, I am home eating nachos, and cheering for so many excellent shows to win. makeup: @rebeccarestrepo hair: @rheannewhite

As her first child grew, Jessica Seinfeld realized that she had a huge collection of baby clothes and equipment that she didn’t need anymore. She was about to throw them away when it occurred to her that less fortunate families could use the items for their children. This gave her the idea to form the “Baby Buggy” charity in 2001 with a motto of “Love. Recycled.” Baby Buggy’s goal was to help families in need by supplying them the essentials required for the health and well-being of their babies. Now called the Good+, the foundation expanded to give entire families the things they need, donating nearly $35.0 million in supplies, and expanding to 155 programs throughout the country.

At 5pm, I am signing books at East Hampton Library's Author Night if anyone happens to be out here and wants to deal. Jerry will not be there, as he is busy crossing the International Date Line on his way home from a killer 10 days with his great fans in Australia and NZ. Thanks for looking after this wildcat for me. ?? ?? #foodswingsbook #authorsnight

The Seinfelds have three children; daughter Sascha, and sons Julian Kal and Shepherd Kellen. All three were born in New York, and grew up in a close, loving, and warm family. Jessica Seinfeld’s Instagram account is full of pictures of the things that she truly cares about like her kids, husband, friends, pets (lots of cats and dogs), home, and of course, food that looks good enough to eat! It is clear that Seinfeld is a happy and generous person who likes to help those less fortunate.