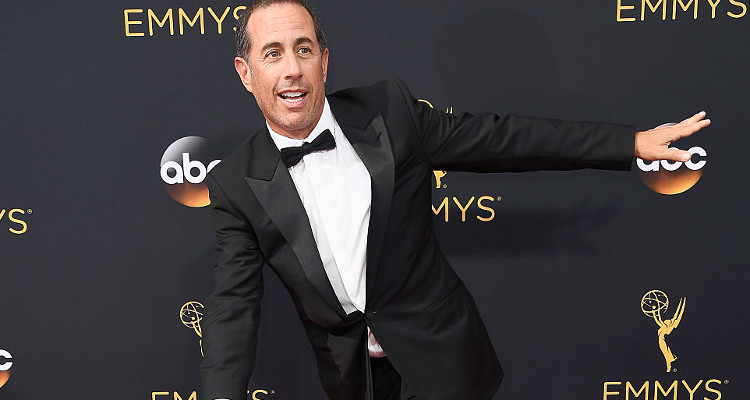 Famous comedian and actor, Jerry Seinfeld is in the spotlight after a family trip to Israel. The actor visited a military training academy, often dubbed as an “anti-terror fantasy camp.” He was even seen posing for a picture with a machine gun and posted an insensitive tweet about “bombing.” His actions have led to outrage on social media, but will this incident affect Seinfeld’s financial status? We’ve got the scoop on how Jerry Seinfeld’s net worth in 2018 is estimated as high as $720.0 million!

Jerry Seinfeld’s stand-up routines have a touch of genius. With his tall, lanky frame and wry humor, the actor delighted fans in the ‘80s and ‘90s with the popular sitcom, Seinfeld.

The actor scripted his own success story, starring in a number of roles post-Seinfeld. He even has a multi-million-dollar deal with Netflix! However, he is now being highly criticized for his visit to an Israeli military camp. Will it affect the actor’s popularity and wealth? Read on to find out more about how the actor makes his money.

Comedy Brings in the Cash!

Jerry Seinfeld rose to fame with comedy hit Seinfeld, which aired for nine seasons and was America’s most popular show at its peak.

In the final season of Seinfeld, it was reported that he was paid roughly $13,000 for every line he delivered on the show. After Seinfeld, he made money from movies like Bee Movie, Pros & Cons, Top Five, and more.

Who Is the Richest Actor in the World?

How much is Jerry Seinfeld worth? While some sources have the figure at $720.0 million, others estimate it as high as $920.0 million! Here’s a look at other comedians’ net worths to see just how much more Seinfeld makes in comparison!

Considering he has such a high net worth, many wonder; is Jerry Seinfeld the world’s richest actor? He may not be the richest actor, but he definitely was the highest-paid comedian in 2017 with earnings of $69.0 million!

A multi-million deal with online streaming service Netflix for his series, Comedians in Cars Getting Coffee reportedly played a huge part in the increase of his wealth. Seinfeld also sold the rights to stream old Seinfeld episodes to Hulu for a reported $180.0 million!

As I’ve said many times, if you don’t get Jerry Lewis, you don’t understand comedy. Spending an afternoon with him a couple of months ago in Vegas for Comedians in Cars was a comedy life moment for me.

Jerry Seinfeld’s tours all across the country and the world also contribute to his wealth.

Seinfeld’s love for cars is well-documented. The actor’s Instagram is filled with pictures of his car collection giving any auto enthusiast some serious envy! These beauties look perfect to take out for a spin! Check out some of the classics he owns!

One more shot. By @johnnyboymuse

Jerry Seinfeld’s cars are worth about $15.0 million! In 2013, it was reported that he had 47 Porsches parked in his $1.5 million garage. He also has a private mechanic to come and check on his cars.

He loves collecting rare automobiles, and has a silver Porsche 959, which reportedly only sold 337 copies worldwide!

As for Jerry Seinfeld’s house? The question is, which one? He’s owned and sold quite a few in his day, but reports seem to indicate he is still living near Central Park, NYC. It is reported to be in a three-story building in Central Park West, NYC, which house his four garages, club room, kitchen, elevator, and pool table. The comedy king is definitely living the royal life, but it remains to be seen if this latest controversy will affect his affluent lifestyle.