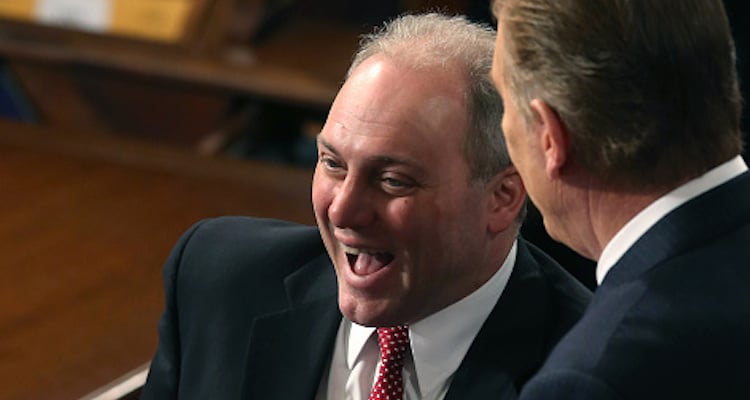 They’ve Been Married for 12 Years

Although there’s no public information about Jennifer Scalise’s age, we do know that she has been married to Steve since 2005. She kept her name and is publicly known as Jennifer Letulle. They live in Jefferson, Louisiana with their two children, Madison and Harrison, who attend the private school, St. Catherine of Siena.

For those of you who have been looking for Jennifer Scalise’s real estate business, that’s not the congressman’s wife. She isn’t blonde (she’s brunette) and she’s not a realtor in Pennsylvania. It’s unknown if Jennifer is employed or not, but we know she’s definitely a full-time mother. Some have been searching for any of her social media accounts and have noticed that there’s more than one Jennifer Scalise Facebook accounts. Actually, there more than 10, and none of them are the congressman’s wife!

If you are curious to find Jennifer Scalise’s pics, then your best chance is to visit her husband’s Instagram account. There, you will find posts dedicated to her on Mother’s Day, their wedding anniversary, and their kids. The Scalise family seem very close and take photos of cub scout meetings, first days of school, and decorating the Christmas tree.

Picked out the perfect pumpkin at St. Martin's #pumpkinpatch!

Who is Steve Scalise?

Steve Scalise is a member of the House Republican leaderships as the majority whip, and represents the First Congressional District of Louisiana. He’s described as a strong conservative leader who upholds fiscal discipline, lower taxes, conservative values, defense, and a national energy strategy. He graduated from Louisiana University with a degree in computer science and a minor in political science. Before his career in politics, he worked as a systems engineer.

Happy #MothersDay to my wonderful wife and the best mom to our two great kids. Love you, Jennifer!

The rumors of Steve Scalise’s death have been greatly exaggerated, because the congressman isn’t dead! While practicing for Thursday’s charity baseball game, the congressman (who is a baseball fan) was shot in the hip by a gunman in Alexandria, Virginia. Two Capitol Hill police officers were shot along with Scalise’s aide, who was also shot in the chest. Scalise crawled across the dirt of the baseball field while the gunman was shot by Capitol Police and sent to a hospital. According to both congressional and law enforcement, the attack on the congressman appeared to be deliberate. He spoke to his wife by phone before being brought into surgery, and his hospital room is surrounded by agents.

President Trump released a statement on the attack when he heard of the news.

“The vice president and I are aware of the shooting incident in Virginia and are monitoring developments closely. We are deeply saddened by this tragedy. Our thoughts and prayers are with the members of Congress, their staffs, Capitol Police, first responders, and all others affected.” You can bet he also sent well wishes to the congressman via, where else, Twitter!