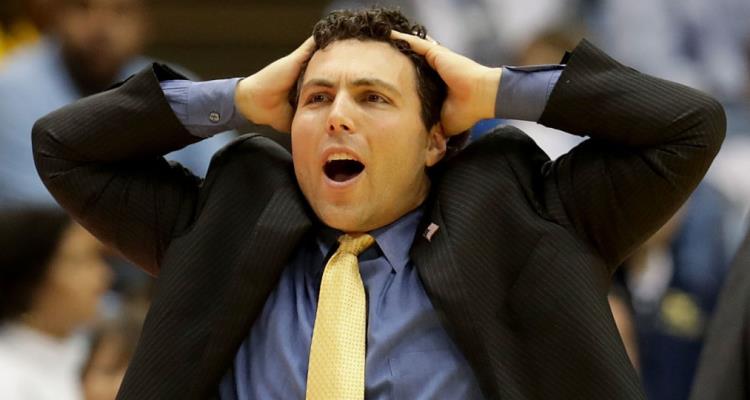 In the wake of Larry Nassar‘s own guilty verdict, a Georgia Tech coach is now being accused of sexual assault against a couple. Many are now wondering about coach Josh Pastner’s accuser and whether or not there’s any truth to the claims. For more on this story, have a look at our Jennifer Pendley wiki.

Who Is Jennifer Pendley?

Due to some of the confidentiality of the case, not much is known about Pendley and finding pics of the brunette can be an even harder task. And while many might be wondering if Pendley and Ronald Bell are husband and wife, they’re actually just boyfriend and girlfriend.

Pendley accused Pastner, 40, of assaulting her in early 2016, when he coached for the Memphis Tigers at the time.

“I am disgusted and devastated by the actions of two individuals to whom I showed compassion,” said Pastner. “My family and I are victims of fraud and extortion and the extent to which these individuals have gone to harm us is truly unfathomable. I absolutely and unequivocally never assaulted or harassed Ms. Pendley, and I am truly sickened by these false claims.”

In the lawsuit, Pendley accused Pastner of sexual assault and battery, which she claims took place in a Houston hotel room, on February 10, 2016. She stated that Pastner threatened her if she told anyone and allegedly said he would make her life a “living hell.”

According to Pendley, the incident occurred when Pastner entered her hotel room, while Bell was in the shower.

Pendley claims the abuse went on and that Pastner assaulted her 11 more times between that first incident and March 4, 2016, one of which occurred at a game she claims a security officer witnessed.

Pendley told Bell a year later and her doctor referred her to a psychiatrist and counselor.

Through his attorney, Scott Tompsett, Pastner once again denied the claims in a letter and stated that both Bell and Pendley were lying about their claim against him.

“This is in response to the false and malicious claim Jennifer Pendley made today against my client Josh Pastner,” Tompsett said in an excerpt from his letter.

“Josh sued Jennifer Pendley and Ron Bell last month because of their months-long attempt to defame and extort him, and because we anticipated they would not stop, but instead would continue their malicious lies. Thus, today’s filing by Ms. Pendley is not a surprise. There was no sexual assault. It is a lie. Josh never acted improperly with Ms. Pendley. Never.”

Bell was also mentioned in the letter, which seemingly tried to discredit Pendley’s claim against Tompsett’s client, by mentioning an alleged history of abuse.

“As the Complaint shows, Mr. Bell has a long history of abusive, manipulative and controlling behavior toward women,” said Tompsett’s letter. “Mr. Bell’s ex-wife sought a protective order because Mr. Bell “threatened to have [her] beat up to the point of drinking through a straw for 6 mos.” A former girlfriend of Mr. Bell resorted to calling friends to rescue her from the house she shared with Mr. Bell because Mr. Bell would not let her leave[sic].”

The letter continued, “Their own families do not even support them. Mr. Bell’s mother said every word out of her son’s mouth is a lie. Our Complaint explains how Mr. Bell falsely accused his own mother of sexually abusing him when he was a boy, and how Ms. Pendley backed up and participated in Mr. Bell’s lie. Mr. Bell’s father had to obtain a protective order against Mr. Bell. We’ve been told Ms. Pendley’s family has effectively stopped communicating with her and we understand her family fully supports Josh’s lawsuit against Ms. Pendley.”

Pastner and Bell first met more than a decade ago at the University of Arizona. Pastner also helped Bell during his fight with cancer. The case is still ongoing and we will update you when we know more.