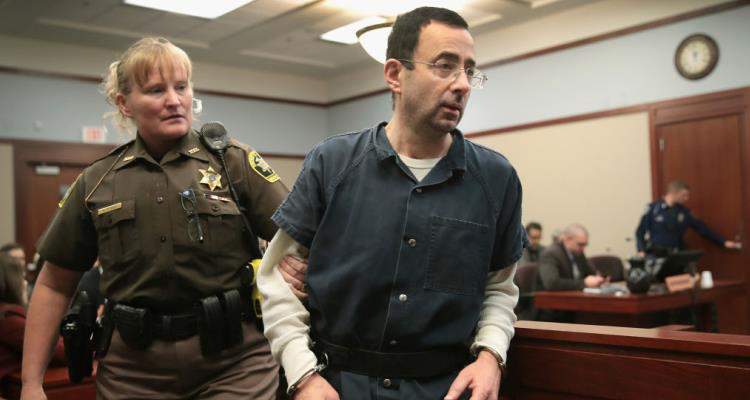 Rachael Denhollander’s age was reportedly just 15 years old when she was first abused by the 54-year-old former Team USA doctor, Larry Nassar, in 2000. Denhollander was born to Camille Moxon, in 1985 and was raised in Kalamazoo, Michigan. At the time, she was a gymnast who was looking for a doctor to treat her. Rachael and her mother thought they were lucky to get an appointment with Nassar at MSU’s sports medicine clinic. Denhollander recalled that Nassar asked her to spread her legs apart so he could examine her hips but while massaging the area, he forced his fingers into her vagina, without warning. Her mother was right there in the exam room but Nassar blocked her view of the incident.

“I can’t be the only one,” Denhollander said she told herself. “This was clearly something he does regularly. He was very sure, very practiced; it was very clearly standard procedure. It’s not possible for him to be doing this regularly, and for MSU and (USA Gymnastics) to be unaware of it.”

Before Chelsea Markham, Mckayla Maroney, Kyle Stephens, Aly Raisman and Simone Biles, there was Rachael Denhollander, Nassar’s first victim to come forward. While she thought that the university couldn’t possibly be responsible for letting Nassar continue sexually assaulting his victims (reportedly over 100), Denhollander called the school out for letting Nassar do what he wanted.

“Every time I repeat these facts about the number of women who reported to employees at MSU and were silenced, you respond the exact same way,” she said, speaking to the university.

She continued, “You issue a press statement saying that there was no cover-up because no one who heard the reports of assault believed that Larry was committing abuse. You play word games, saying you didn’t know because no one believed. I know that. And the reason everyone who heard about Larry’s abuse did not believe it is because they did not listen.”

After a week of testimonies of victims from Nassar’s past, the former doctor was sentenced to 175 years in prison, on Wednesday.

Judge Rosemarie Aquilina, the judge who sentenced him, said she just signed his “death warrant.”

“Your words these past several days — your words have had a significant emotional effect on myself and has shaken me to my core,” said Judge Aquilina.

In fact, she even shunned a letter Nassar wrote to her, in which he complained it was “too hard for him” to go through four days of listening to the dozens of accusers describe how he abused them. The judge wasn’t having any of it.

Aquilina seemed disgusted by his letter and ripped it up in front of the courtroom before calling it “Mumbo Jumbo.”

It seems Nassar himself isn’t entirely convinced what he did was wrong.

An excerpt from his letter reads:

WATCH: The judge overseeing Larry Nassar's case reads a letter from the former gymnastics doctor, in which he complained it was too hard for him to listen to dozens of accusers describe how he abused them. More details from the sentencing tonight on @nbcnightlynews. . . . #Gymnastics #USAGymnastics #USAGym #LarryNassar

There’s no sign of Rachael Denhollander’s Instagram but many have taken to social media to send their sympathies and to Rachael Denhollander’s family for justice finally being served. Do you think his 175-year sentence is long enough? Let us know in the comments section below and keep checking back with us for any further details on this story!