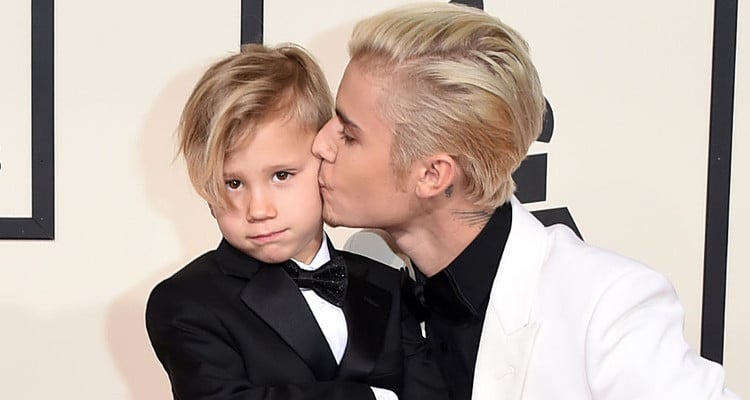 Jaxon “Jaxo” Bieber is one lucky kid, who has a loving family to take care of him. His older half-brother, Justin Bieber, obviously adores him and is constantly sharing pictures of Jaxo on his social media accounts. The two brothers spend time together whenever Bieber gets a break from his busy schedule.

If you’re a celebrity these days, it’s only a matter of time before your family and friends also come under the spotlight. It comes with the territory! Jaxon Bieber is the youngest half-brother of pop superstar, Justin Bieber. He’s the most adorable little boy who Justin loves to spend time and play with, whenever he has the time. People who have seen pictures of Jaxon and Justin together wonder who this cute kid is and want to know more about him.Who is Jaxon Bieber? We’ve got all the details.

Jaxon Bieber was born on November 20, 2009 and is Justin Bieber’s brother and youngest sibling. Bieber also has a half-sister named Jazmyn, who is older than Jaxon. That makes Jaxon Bieber’s age just seven. He is the son of Justin Bieber’s father, Jeremy and his ex-girlfriend, Erin Wagner. Bieber’s fans recognize Jaxon from his older brother’s Twitter and Instagram accounts, and affectionately call him by his nickname, Jaxo.

In February 2014, Jeremy ended his seven-year romance with Erin Wagner. The reason behind the split was reported to be Jeremy spending too much time partying with his son and neglecting his duties as a father to Jaxon and Jazmyn. Tabloids commented that Erin had been unhappy about Jeremy living the “high life” with Bieber and this led to several arguments between Jeremy and Erin. However, Jeremy revealed that those reports were incorrect, tweeting that he and Erin had split up in 2010, and further clarified that, despite reports, they were never married. The only thing not revealed in his tweets was the reason behind the split.

Jaxon is a Happy Kid

Even though Jaxon is just seven years old, he is already adept at handling the attention he gets for being Bieber’s little brother. Jaxon’s Instagram account is full of cute pictures of him, with appearances by his father and siblings. Justin Bieber’s sister is also a very active and adorable child. Much like Jaxon’s, Jazmyn Bieber’s Instagram account is run by her parents, but still showcases the adventures the adorable girl goes on.

Always Looking Out for Them

Bieber is very protective about Jaxon and Jazmyn, and has security guards to look after them when they spend time together. From taking Jaxon to the Grammy’s to being spotted with Jazmyn in Disneyland while her arm was broken, fans can find Jazmyn and Jaxon Bieber pics with their big brother almost anywhere.