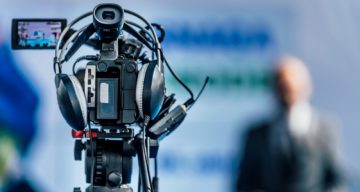 Minneapolis has watched Jason DeRusha on their screens for two decades. Now, this veteran journalist is taking his career to a new level. Jason DeRusha announced last month that he is leaving WCCO-TV. Those accustomed to getting all the latest coverage from the anchor naturally had a lot of queries. They want to know where he is going and if he is retiring. Fortunately for his longtime followers, this isn’t the last you’ll see or hear from Jason DeRusha.

Jason DeRusha became well-known in Minnesota throughout his near-20-year career as a reporter and anchor at WCCO-TV. He spent his entire career bringing people the news and has been nominated for over 20 Regional Emmy Awards for his excellent work.

DeRusha attended Marquette University and received a BA in Political Science, Broadcast Communication in 1997. After graduating, DeRusha joined WREX in his native Illinois and later at Iowa’s KWQC and Wisconsin’s WISN as a reporter. In 2003, he relocated to Minneapolis, Minnesota, where he began his career at WCCO-TV CBS Minnesota.

Amid his hectic broadcast schedule, he was a contributing editor, food critic, and columnist in local publications. In 2011, he ventured into the radio business as a fill-in anchor on WCCO AM Talk.

In May 2022, DeRusha announced that he is stepping away from the anchor desk after nearly two decades. His last day on-air at WCCO-TV was on June 24.

Minneapolis residents don’t want to let go of their favorite anchor. Thankfully, DeRusha is not retiring just yet. And, he will remain with the WCCO family!

He’s moving on to a new job that keeps him in Minneapolis. He will host the 3:00 p.m. to 6:00 p.m. weekday slots on News Talk 830 WCCO Radio. DeRusha is looking forward to a better sleep-work schedule and having a talk show format on the radio starting June 23.

His colleagues at the TV station gave him a deserving send-off with a grand rooftop party and a few throwbacks of his TV career. His viewers are happy about his new career move and look forward to becoming his listeners.