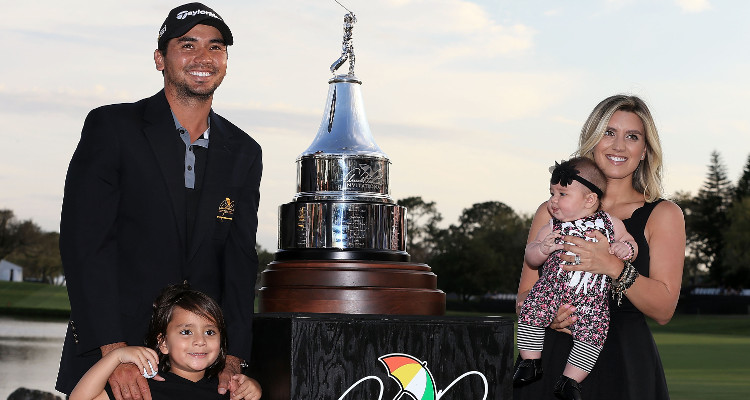 Australian pro golfer, Jason Day was once ranked #1 in the sport. But 2017 has been something of a slump for him. With the PGA Championship right around the corner, he’s hoping to turn it around with some encouragement from his wife.

A couple of weeks ago, Jason Day thought his British Open was over. The golfer is having a low-scoring season which doesn’t look good with the coming PGA Championship 2017. But Jason Day’s wife, Ellie Harvey, told him to go out there and play since he’s “dead last” anyway. With those encouraging words, he’s back on the course for the WGC-Bridgestone Invitational. And we’re sure his wife will be cheering him on as she always does. Find out about this golf pro wife in Ellie Harvey’s wiki.

Ellie Harvey was born in the town of Lucas, Ohio. A country girl at heart, neither Harvey nor her family thought she’d marry a golf pro. In fact, her mother always pictured her marrying a country music star like Brad Paisley. Harvey wasn’t familiar with the golfing world. But that all changed when she married Day.

Born in Queensland, Australia, Jason Day’s father is Australian while his mother was born in the Philippines. The Australian golfer happened to meet the country girl in 2005 at the restaurant where she was a waitress. But it wasn’t love at first sight for them. He frequented the restaurant until he mustered the courage to finally ask her out two years later. As his career took off, their relationship deepened.

She Had to Learn about Golf

Harvey is pretty comfortable accompanying her husband on the course. But it wasn’t always the case. They married in 2009 and now live in an Ohio home Day purchased for more than $2.0 million. Before they bought their own home, they lived in an RV since Day was always on tour.

Harvey also took a while before she got the hang of golf. It didn’t help that Day, according to her, is a terrible teacher. But she caught on quickly. At least enough to answer questions about her husband’s game. “At first I was such an airhead, I didn’t know anything. I learned a ton. Random people will ask how Jason’s doing and I know enough what’s going on, or if his reaction is good or bad,” said Harvey. The 31-year-old is now a constant presence in the gallery with their kids; five-year-old Dash and one-year-old Lucy.

Harvey graduated from beauty school and planned to start her own business. She pursued a business degree online so she could open her salon. Her net worth hasn’t been calculated while Day, with his sponsorship deals with Nike and Lexus, has a net worth of $20.0 million.

Ellie Harvey’s father, Tom Harvey, was a basketball and baseball coach which made him a self-proclaimed authority on athletes. He wasn’t very happy about his daughter dating a professional golfer. “I had my dad hat on and cautioned her,” recalled Tom, “Strike one, he’s a jock. Strike two, he’s a professional. And strike three, he’s from Australia. I exaggerated it as much as I could, but [Ellie] blew her old man off. I told her to go in with eyes wide open.”

The coach’s acquaintance was a Tiger Woods fan and told Tom that golfers are different from other athletes. A few weeks later, Tiger Woods’ scandalous affairs came to light and he was all the more wary of letting his daughter marry Day. He came around eventually and says he couldn’t find a better son-in-law.

Apparently the Jack Nicholson Seats at a basketball game aren’t as safe as the gallery of a golf course. Back in 2015, a month after their second child was born, golf’s star couple were at an NBA game where the Cleveland Cavaliers played against Oklahoma City Thunder. Cavaliers’ LeBron James was chasing a loose ball when he crashed into Ellie Harvey Day.

The 6’8” Cavalier knocked her chair and fell over her, all 250 pounds of him. (Yikes!) The game was momentarily halted and Ellie left the game on a stretcher with a neck brace. She was conscious and recovered soon. James even checked on the golfer’s wife who was revealed to have suffered a concussion. He had a few close calls that season, having almost slammed into pregnant women at games. He felt incredibly guilty about the incident. But Jason and Ellie have no hard feelings and she is still a fan.

Ellie Day I hope you’re doing okay! My apologies! Hope u guys come back to another game soon. Love LJ!

Ellie’s has other close shaves. She and her kids were involved in a vehicle accident last year when a bus hit the car she was in with her children and a friend. They were rushed to a hospital but no one was seriously injured.