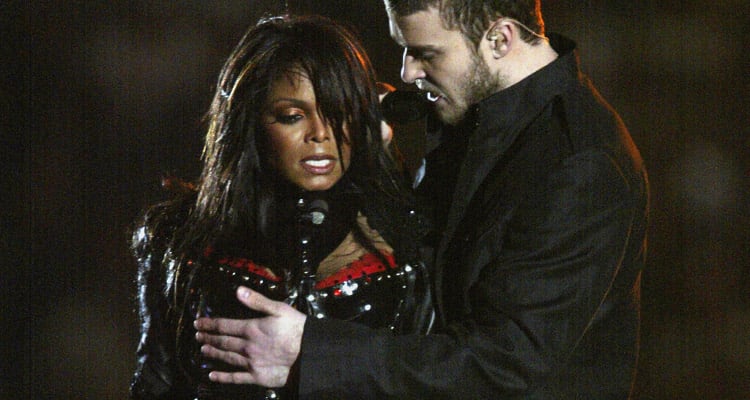 Is Janet Jackson still being punished for her Nipplegate controversy way back in 2004? With fans threatening to boycott the Super Bowl for allowing Justin Timberlake to perform, we have the facts about whether or not Janet Jackson is really banned from the event.

The Justin Timberlake Janet Jackson Nipplegate fiasco just refuses to die. Jackson’s 2004 wardrobe malfunction was the highlight of the event with an estimated 40 million viewers. More than 10 years later, the memories are can be a bit fuzzy, but the controversy just won’t go away. The latest one to hit our social media feeds is the inclusion of Justin Timberlake to the Super Bowl Halftime Show for the third time. This has people wondering about Janet Jackson’s alleged ban from the Super Bowl since she was there last. You can see the infamous performance below:

With confirmation of Timberlake taking the stage again, Janet Jackson’s Super Bowl controversy is back in limelight. Since the news broke, #justiceforjanet started trending on social media, with enraged fans being vocal about the issue. They feel it is unfair for organizers to have banned Jackson for something she wasn’t responsible for, but let Timberlake headline the show again. There is an ongoing debate as to whether or not the wardrobe malfunction was planned, but Jackson was banned from the Grammys that year. However, some fans mistakenly believe that she is banned from the Super Bowl.

Time for a Rewind?

Let’s go back to 2004, when the two performers were in full media glare. Timberlake ripped off part of Jackson’s costume off, exposing her breast. The repercussions rippled through, with broadcasters coming to a decision that there will be a short time lapse while airing live performances on TV, and MTV, who produced the halftime show at the time, was no longer affiliated with the Super Bowl. Following this, there were more than 540,000 complaints and CBS had to shell out over $550,000 as punishment. However, the Supreme Court later dismissed the verdict and payout.

Fans feel that episode almost finished Jackson’s career, while others said the same for Timberlake’s.

What did Justin Timberlake do to Janet Jackson? Was it all planned, or was it meant to stir the pot? These are just some of the questions that are still being asked, despite numerous claims that it was an accident.

Super Bowl 52 will be the third time that Justin Timberlake will perform, as he debuted in 2001 with N’Sync.