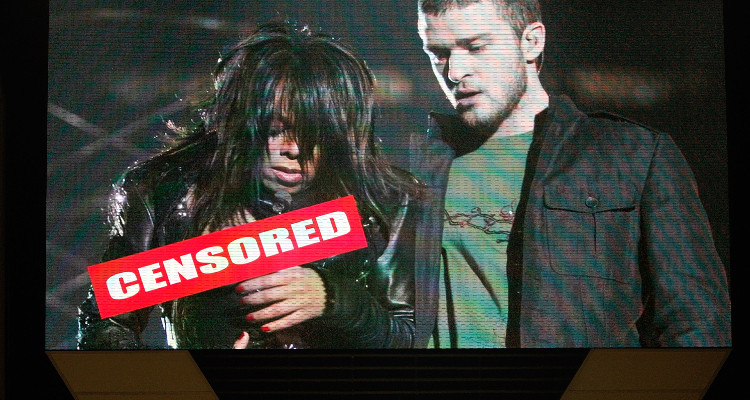 14 years ago, millions of people witnessed a shocking incident during the Super Bowl XXXVIII Halftime Show. Justin Timberlake and Janet Jackson’s performance was interrupted by a “wardrobe malfunction” which, at the time, was a fairly new term for ‘00s kids. Feel old yet?

Justin Timberlake is returning to the NFL stage more than a decade after the performance that became infamous in pop culture as Nipplegate. Janet Jackson’s nipple was exposed on live TV when Timberlake accidentally (or was it?) ripped a part of her dress. Now that he’s going to be at Super Bowl 2018, Twitterverse has gone wild because Janet Jackson hasn’t been invited by the NFL. Technicalities aside, people want to know if Janet Jackson was banned from Super Bowl. Not really. But this scandal gave birth to a term in pop culture phenomena. How did the Justin Timberlake and Janet Jackson controversy give birth to “wardrobe malfunction?” Here’s a quick lesson in Pop Culture 101.

Celebs have experienced their clothes betraying them in public with cameras on them long before Nipplegate. But that incident in the 2004 Super Bowl Halftime Show gave it a name.

Early 2000s kids will remember. Janet Jackson performed, Justin Timberlake showed up, they did some suggestive dancing, and then the unthinkable happened. There was outcry when the former N’Sync singer ripped Jackson’s top exposing her breast with a flashy piece of nipple jewelry. Outraged fans called it a publicity stunt that crossed the line.

The Jackson Princess received a disproportionate amount of the backlash while Timberlake was left off with a virtual slap on the wrist. MTV, which organized the Halftime Shows, was no longer part of the production.

There were reports that this incident was orchestrated by Jackson. Whether it was an accident or a planned stunt is still debated. However, according to reports, they went over a different version of the performance up until the final rehearsal. But Jackson changed it at the last minute and Timberlake was informed just before he was scheduled to go on stage. But the artists and production claim that they didn’t plan the nip slip.

In a possible case of lost in translation, Jackson faced the brunt of the outrage. She was banned by the Grammy Awards that year, though some wrongfully think that the NFL or broadcasters banned her from performing at the Super Bowl again.

Timberlake and Jackson’s claims, as well as the unequal treatment are debatable but fashion got a new term. In their respective apologies, the Grammy-winning artists used the words “wardrobe malfunction” and since then it became a thing.

“I am sorry that anyone was offended by the wardrobe malfunction during the halftime performance at the Super Bowl. It was not intentional and is regrettable,” said Timberlake.

Back then, these accidents would be called fashion faux pas, which now applies to poor fashion choices. A wardrobe malfunction is defined as “an instance of a person accidentally exposing an intimate part of their body as a result of an article of clothing slipping out of position.”

Jackson and Timberlake’s parties used the term to emphasize that the incident was an accident. But since then, it became a major contribution to the English language in showbiz. It became more universal than terms like “boobgate” and “Janet moment.”

After his statement, the term was heavily used in several media reports on the incident. One journalist described the incident as “the most famous ‘wardrobe malfunction’ since Lady Godiva.” Then again, Lady Godiva’s birthday suit wasn’t an accident.

Since then, the term has been used for various incidents. More celebs like Tara Reid, Angelina Jolie, Emma Watson, Jonah Hill, Britney Spears, Anne Hatheway, and Katy Perry have had nip slips, butt exposures, ripped pants, and the likes. The term is now so overused, you often hear it on fashion shows.

The scandal rages on with Timberlake performing at the 2018 Super Bowl Halftime Show. Whether Janet Jackson will make a surprise appearance is unlikely. But it doesn’t stop fans calling for the NFL to invite her on stage too.

Nevertheless, the pressure is on for Justin Timberlake to top his last Halftime performance.