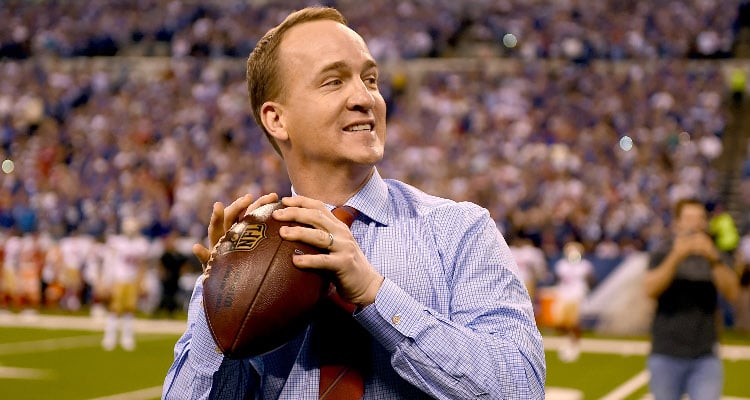 Peyton Manning, who had a celebrated NFL career, has been at the receiving end of sexual harassment allegations since he was a student at the University of Tennessee. His accuser, Jamie Naughright, has spoken up about Manning allegedly sexually harassing her.

The wave of people speaking out against sexual misconduct that began with Harvey Weinstein has spilled over into other industries besides Hollywood. Peyton Manning’s old sexual harassment scandal has been dug up again since his accuser spoke out.

Naughright shared her side of the story for the first time on TV sparking national attention to her case. Know everything about her case in our Jamie Naughright wiki.

Naughright Worked at Her Alma Mater

Jamie Naughright is reportedly a native of New Jersey although she lives in Florida now. Her father worked at a local general store and was a 43-year member of the Long Valley Fire Department, of which he was chief for three years.

After earning her degree, Naughright returned to her alma mater to work as a student trainer in 1998. She worked her way up the ranks until she became the Director of Health and Wellness at the University of Tennessee when Manning was a student there.

Naughright, then known by her married name, Jamie Whited, accused the legendary quarterback and star of the University of Tennessee Volunteers of sexual misconduct decades ago. The alleged incident occurred in 1996 and has resurfaced several times over Manning’s career.

Manning, Naughright, and another person were present in the training room. She alleged that Manning, who was 19 years old at the time, placed his naked genitals on her face as she examined his leg for a possible stress fracture.

Encouraged by the people coming out against sexual assault and harassment, Naughright told what happened that day in CBS’s Inside Edition on October 30.

Naughright left her job after the alleged incident and filed a sexual harassment and discrimination complaint against the University of Tennessee in 1996, which put her in the spotlight. Among the 27 allegations against the university’s athletes, coaches, and athletics staff members, she accused Manning of exposing himself to her.

She reached a $300,000 settlement with the university, and the parties involved agreed to a confidentiality agreement and gag order. But Manning violated that gag order with statements about Naughright to ESPN and his book, Manning: A Father, His Sons, and a Football Legacy, suing him in 2002. Both sides reached an undisclosed settlement.

Jamie Naughright talked with @InsideEdition anchor @DeborahNorville. Norville joins us at the table in Studio 57: pic.twitter.com/UZIr0njwje

Manning Called It a Prank

Back then, Manning denied her allegations and claimed that he was “mooning” his friend Malcolm Saxon in the training room as a prank. Inside Edition aired a 2003 video of Manning’s deposition in the case where he refuted her claims.

Manning said, “I briefly pulled down my pants to so-called ‘moon’ him. One second, one and a half seconds.” The quarterback added, “Pulled my pants back up and continued with Jamie examining my foot.”

But Saxon denied that in a letter he wrote, which was included in court documents.

Saxon wrote, “Peyton, you messed up. I still don’t know why you dropped your drawers.” He continued, “Maybe it was a mistake, maybe not. But it was definitely inappropriate. Please take some personal responsibility here and own up to what you did. I never understood why you didn’t admit to it.”

Saxon claimed he lost his eligibility as a student-athlete while trying to speak out against the quarterback with a promising NFL career. But his letter doesn’t reveal what exactly he did see.

Naughright was employed as an assistant professor of athletic training at Florida Southern College in 1998. She alleged that the defamatory statements in Manning’s book cost her her job.

Since Naughright spoke up on Inside Edition, Manning’s side has denied her allegations once again. Manning’s attorney asked Naughright to stop her “abusive behavior,” alleging that she left the quarterback’s mother a “vulgar” voicemail.

Not the Only One

Manning isn’t the only one at the receiving end of Naughright’s lawsuits, as she also sued designer Donna Karan in 2010. Naughright was allegedly injured during physical therapy by a trainer recommended by Karan, but the lawsuit was dismissed.

That same year, Naughright filed a suit against a Lakeland restaurant and catering company. She was claiming physical injuries after she fell outside their store.

Gretchen Anglero, a former friend of Jamie Naughright, said, “This is what she does. She sues people to make money.”