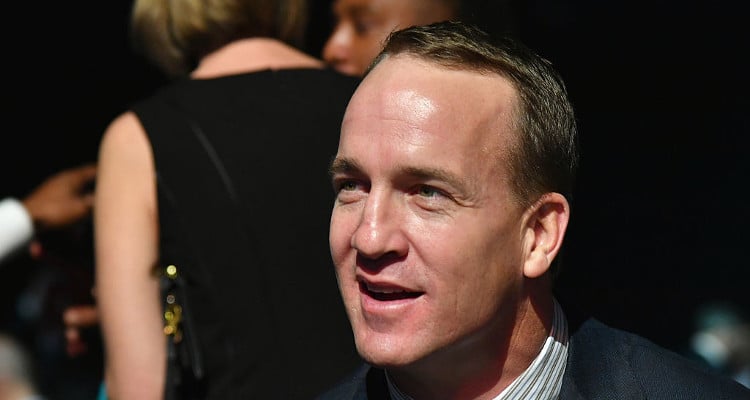 Peyton Manning is hosting the 25th ESPY Awards show in Los Angeles on July 12, 2017. It’s one more way he gives back to the sports industry that made him millions of fans and netted him a fortune of almost $200.0 million. Manning is considered to be one of the best quarterbacks of all time in the NFL. He is deeply spiritual and has lived his life on a doctrine of faith.

Peyton Manning has been called one of the greatest quarterbacks of all time in the NFL by both fans and critics. When he retired in March 2016, his parting speech made everyone choke back tears as he said “I’ve fought a good fight. I’ve finished my football race, and after 18 years, it’s time. God bless all of you and God bless football.” After spending 18 seasons in the NFL, Manning was presented with the 2016 ESPY Icon Award for his contribution to the game. The star quarterback has also been announced as the ESPY Awards 2017 host, and will handle this year’s event where athletes  and achievers related to sports will be honored. The 25th ESPY Awards are scheduled to be held on Wednesday, July 12, 2017, at 8:00 p.m. EAT on ABC in Los Angeles, California. Here are some details from Peyton Manning’s wiki.

Born on March 24, 1976, in New Orleans, Louisiana, to Olivia Williams and Archie Manning, Peyton Manning’s age is 41. His father was a former NFL quarterback while his brother, Eli Manning, is a tw-time Super Bowl champion. No wonder Peyton Manning’s family has often been described as football’s “royal family.” Manning went to Isidore Newman School in New Orleans and led their football team to a 34-5 record as a starter. He won several awards before playing college football for the University of Tennessee Volunteers. Peyton Manning’s college record was outstanding, to say the least. He became Tennessee’s all-time leading passer with a record of 11,201 yards, 89 touchdowns, and winning 39 out of 45 games as a starter. Manning graduated from college with a Bachelor of Arts degree in speech communication. The only controversy he in college was when he was accused of exposing his buttocks in front of a female trainer when she was examining his foot.

Congrats #peytonmanning, you get to host the #espys AND be our Daily Cut of Meat (Link in bio)

Every. Single. Time. I go into the attic I lose a few years off my life b/c I always forget #peytonmanning lives there.

In his professional career, Manning played for 14 seasons for the Indianapolis Colts. As a starting quarterback, he led them to eight division championships, two AFC championships, and one Super Bowl title in 2006. He was the MVP for four seasons with the Colts. After being unable to play in the 2011 season due to a neck injury, Manning left the Colts on March 7, 2012. He then joined the Denver Broncos and, just when everybody wrote him off, Manning showed the world what he was capable of. He was named MVP for the fifth time and led the Broncos to a Super Bowl victory in 2015. He became the first quarterback to lead two different teams to a Super Bowl victory. Peyton Manning’s stats read 266 games played, 265 games started, and 186 won as a starter.

Peyton Manning’s net worth is a mammoth $200.0 million, and every dollar of it has been hard earned.

Manning married Ashley Thompson, his wife, in Memphis on St. Patrick’s Day in 2001. The two are proud parents of twins, a boy named Marshal Williams and a daughter named Mosley-Thompson. Manning is a devout Christian who is deeply spiritual. Now as the host for this year’s ESPY Awards, Manning hopes to honor fellow players and athletes in the same vein that he has been honored. According to the quarterback, it’s time to give back!