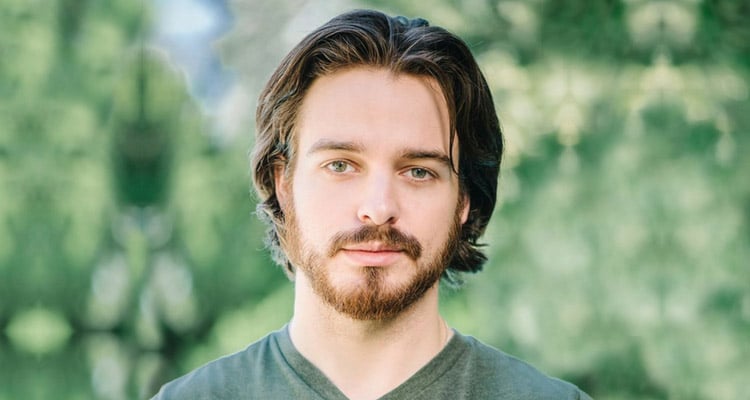 Jake Stormoen is looking forward to his new TV series, The Outpost, which will premiere on July 10, 2018, on The CW. He plays an important character named Garret Spears and has done a great job on the series so far. He is best known for his role as Dagen in the Mythica film franchise, which became popular among audiences in 2014 to 2016. Stormoen dreams of going on a date with Angelina Jolie and loves adventure films. The Outpost could be his big break in the entertainment business!

American actor Jake Stormoen is best known for his work in the Mythica films franchise, in which he plays the role of Dagen. He appeared in the first film of the fantasy series named Mythica: A Quest for Heroes in 2014. Both film viewers and the critics liked him so much that he played the character of Dagen in the franchise’s subsequent films.

Stormoen is known for his work on TV as well. There is a buzz around him right now because he is playing the role of Garret in the eagerly awaited new CW series called The Outpost.

The Outpost is all set for it’s American premiere, which is scheduled for July 10, 2018, on The CW.

Here are a few details from Jake Stormoen’s wiki.

Stromoen Has a Close Relationship with His Father

Stormoen’s father was a member of the United States Army Special Forces, also known by their more popular name, The Green Berets. The actor had revealed details about his father and his profession on a Twitter post in 2012.

Even today, Stormoen shares a close bond with his father and spends quality time with him whenever he gets some time off from his busy schedule. In fact, he recently went out with his father to see the film, Jumanji, as both of them are great fans of actor Dwayne “The Rock” Johnson.

He Gained Popularity with the Mythica Franchise

After the positive response to the first film of the Mythica series, the makers made four sequels with the same principal cast, including Stormoen. The first two sequels, Mythica: The Darkspore and Mythica: The Necromancer, were released in 2015.

Mythica: The Iron Crown and the fifth and final film in the series, Mythica: The Godslayer, was released in 2016. They brought a close to a fascinating fantasy series that captured the imagination of its audiences.

In 2017, Stormoen appeared in the dark, foreboding TV series, Extinct, a post-apocalyptic science fiction TV series that was set in the future. The series takes place about 400 years after aliens have destroyed the human race.

Stormoen plays a human who is revived by an alien faction and must now survive against the might of the killer aliens. He has to work with other revived humans and restart the human civilization.

Stromoen Plays a Lead on The Outpost

Right now, all eyes are on Stormoen because of his role in The Outpost, which premieres on July 10, 2018. The first episode of the series is called “One is the Loneliest Number,” and he plays the important lead role of Garret Spears.

Fans are curious to know more about the actor and many wonder if Jake Stormoen has a wife.

According to reports, he is currently single but has dated several women in the past.

He is good friends with his Mythica costar, Melanie Stone, and they share a strong bond. This is evident from the multiple pictures of them that Stormoen shared with fans on his Instagram account in 2015. 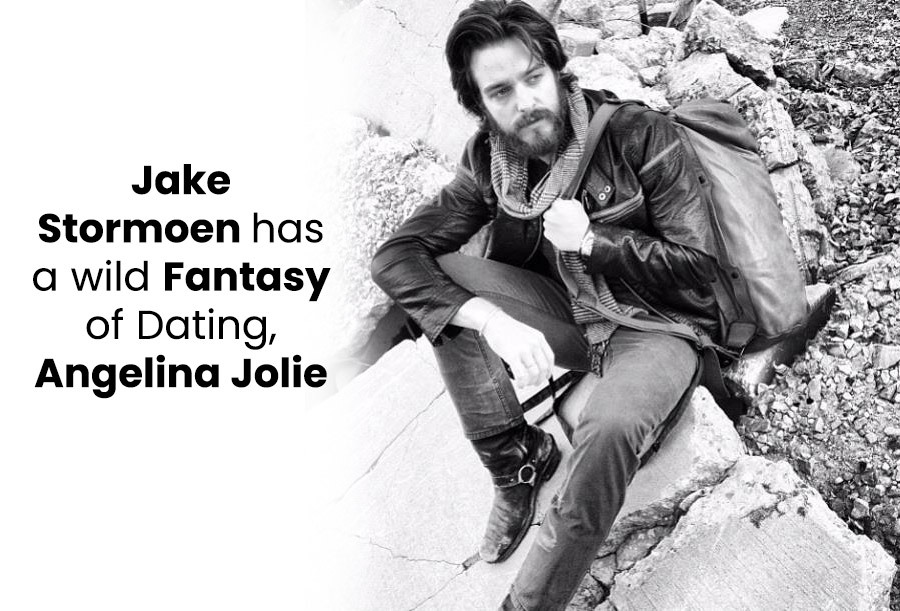 However, there is one particular woman in Hollywood who clearly rings Stormoen’s bell, and that is Angelina Jolie! He had revealed on his Twitter account in 2015 that he has a wild fantasy of dating the actress.

Back then, she was Mrs. Brad Pitt so Stormoen’s fantasy was never fulfilled, but now that Pitt is out of the picture, who knows!

It won’t be surprising if he still carries a torch for Jolie even today.

Back in 2015, Stormoen won an award for Best Supporting Actor in a feature film from the presenters of the Utah Film Awards. And now, his role in the new serie,s The Outpost, is looking to gain him a lot of publicity.

Stormoen is a crazy fan of film franchises like the Indiana Jones and The Lord of the Rings series and remembers every dialogue from these films.

Stormoen’s Ready for His Big Break

Stormoen has a predilection for fantasy and adventure roles and does a great job with them both on TV and in the movies. He is just 29 years old and is hoping that The Outpost will open the doors in Hollywood that have remained closed for him so far.

He’s working hard to make his dreams come true. And after the premiere of the highly anticipated Outpost series, we don’t doubt that Jake Stormoen will be put on the map!