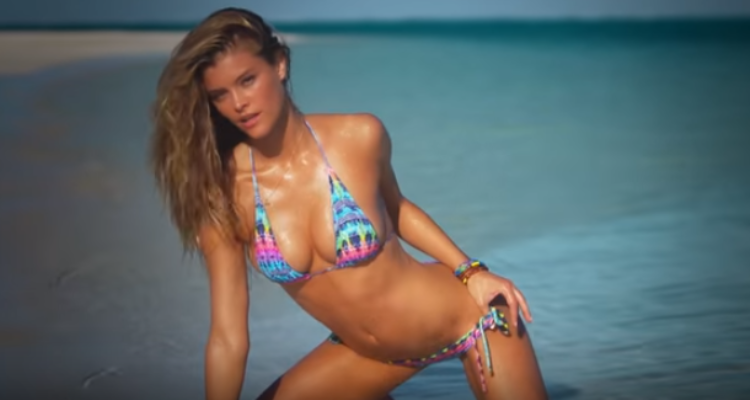 Victoria’s Secret model, Nina Agdal called out a magazine for body shaming her and she’s not having any of it! Many are now searching for Nina Agdal’s boyfriend and wonder what he thinks of her, given the surprising criticism. Learn more about him with our Jack Brinkley-Cook wiki.

Who is Nina Agdal’s Boyfriend?

Jack Brinkley-Cook’s age is 22 and he was born on June 2, 1995 to model Christine Brinkley, 63, and architect Peter Cook, 59. They were married from 1996-2008, when their marriage ended in divorce. Jack’s siblings are Alexa and Sailor, but unlike the rest of his family, modelling didn’t suit him. He told W magazine that he has nothing against male modelling and that it just wasn’t for him. He’s currently pursuing an acting career instead of the family business.

Brinkley-Cook gave marketing a try at Emerson College for a year, before he switched and studied at the Lee Strasberg Theater and Film Institute, in New York. He graduated in 2016 and hopes to act in theatre or shoot Western films.

Brinkley-Cook reportedly lives in the West Village for half of the year. However, he grew up in Bridgehampton, saying “The Hamptons is home for me. My friends and I go back every single weekend from Memorial Day to Labor Day, for the most part, and I try to get out there once or twice a month in the winter, just to sort of escape the city.”

If you’re looking for photos of the aspiring actor, then head over to his Instagram account. With 18.7k followers, the 22-year-old often posts about his family, friends, and his many tourist destinations, some of which involve surfing. He enjoys surfing because it helps him stay active, and coming from a family of models, he learned to eat healthy food early on!

“I follow a bunch of surfing accounts that are great, but it’s nice to see my fam on there and try to keep up with what my mom is doing,” Brinkley-Cook said. “It’s funny because sometimes I’ll be thinking, ‘What’s my mom up to? And I’ll go to her Instagram and it’s like, oh, she’s in the garden, there she is!’”

His Favorite Place to Fish

He also eats all the fish he catches out in the Hamptons, saying, “I keep it fairly clean, but I eat a ton,” he said. “Like, I literally order three or four entrées. Well, I’ve been known to, but I usually order at least two. I’m starving, always. So hungry.”

He added, “There’s this bluff that’s like 100 feet tall and which we actually just swim to right off shore. We eat 100 percent of the fish we catch, which is funny, because in New York City I’ll never order fish, but I find the variety of fish in Montauk and the Hamptons to be the best ever. I love striped bass; I love fluke; I love tuna. On Sunday, my boys and I always barbecue.”

Aside from lifting and eating well, Brinkley-Cook spends most of his time at sea, in order to stay in shape.

“Out there, we primarily surf and spearfish, but we also do a bit of sailing and wake-boarding and running around outdoors. We try to surf every day. In the city, I spend time at the gym, I try to lift, but out there it’s all spent outdoors. For me, getting out there is all about spending as much time in the water as possible. I actually find I stay the most active out there.”

When it comes to Nina Agdal’s body-shaming controversy, Jack Brinkley-Cook hasn’t commented yet. The two are usually spotted together around New York City.

Obviously having the worst time ever x 2