Jodi Long Leaving WHO-13: Where Is the Des Moines Anchor Going? 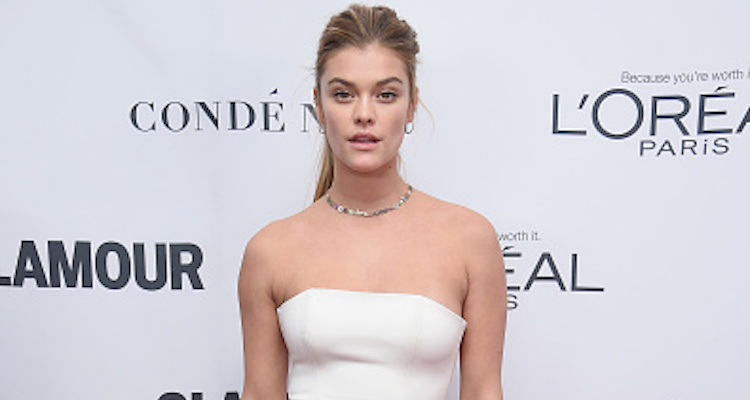 We think it’s safe to say that Nina Agdal is one of the most beautiful women in the world. But if that’s the case, why was a story about her reportedly dropped from a magazine because she wasn’t thin enough? And who exactly is Nina Agdal’s boyfriend? Where is Nina Agdal from? Okay, we’re asking a lot of question but don’t worry, in this Nina Agdal wiki, we’ll have the answers you need!

A Model in the Making

Born on March 26, 1992, Nina Agdal’s age is 25. She grew up in Hillerød, Denmark. Her entry into modeling sounds like it was made up for a television show. She was walking along a street in her hometown and was asked if she ever considered modeling. She signed up for a local Elite Model Look competition at the tender age of 16. While she did not win, she ended up signing with Elite Models Copenhagen. She continued attending high school until graduating at age 18.

Once she hit 18, Agdal was off to the races. She moved to the United States and appeared in the pages of publications such as Vogue Mexico, Elle, and Cosmopolitan, but it was her swimsuit modeling for the infamous Sports Illustrated swimsuit issue that gave her the most attention. Agdal was named “Rookie of the Year” for her first appearance in the magazine. She returned to the 2014 issue. In the meantime, Agdal was tied to a number of celebrities in gossip columns, including rumors of a relationship, and subsequent breakup, with Leonardo DiCaprio.

Dropped from a Magazine?

Today, I’m disappointed and appalled at the still very harsh reality of this industry. A few months ago, I agreed to shoot with a creative team I believed in and was excited to collaborate with. When my agent received an unapologetic email concluding they would not run my cover/story because it “did not reflect well on my talent” and “did not fit their market,” the publisher claimed my look deviated from my portfolio and that I did not fit into the (sample size) samples, which is completely false. If anyone has any interest in me, they know I am not an average model body – I have an athletic build and healthy curves. After a tough year of taking a step back from the insensitive and unrealistic pressures of this industry and dealing with paralyzing social anxiety, I walked into that shoot as a 25 year old WOMAN feeling more comfortable in my own skin and healthier than ever before. Some days I’m a sample size, some days I’m a size 4, some a 6. I am not built as a runway model and have never been stick thin. Now more than ever, I embrace my curves and work diligently in the gym to stay strong and most of all, sane. I am proud to say that my body has evolved from when I started this crazy ride as a 16 year old GIRL with unhealthy and insufficient eating habits. So, shame on you and thank you to the publisher for reaffirming how important it is to live your truth and say it out loud, no matter who you are or what size. I decided to release an image to draw awareness and support of an issue that's bigger than just myself and affects so many people not just in the fashion industry, but in general, with the goal of bringing women from all over together in a celebration of our bodies. Let's find ways to build each other up instead of constantly finding ways to tear each other down. #bodyshaming #bodyimage #selfimage #dietculture #mybodymybusiness

On January 12, 2018, Nina Agdal’s Instagram had a post that was a little different than normal. It wasn’t one your typical Nina Agdal hot pics. Instead, it was a picture of a topless Agdal (with her arms strategically covering certain places) and a long story posted underneath. According to Agdal, a magazine decided not to run their cover story with her as it “did not reflect well on my talent” and “did not fit their market.” She said that the magazine also claimed she did not fit their sample size, which Agdal denies. Essentially, she alleged that the magazine said she is too big for their cover.

Agdal took this rejection as a moment to talk about the unrealistic expectations that are put upon models, and women in general. She is curvy but in athletic shape. It’s these unrealistic expectations that caused her to take time off from modeling to deal with the social anxiety that these expectations began to cause. She now eats better than she used to, and states that her size, like that of many women, tends to fluctuate, usually between a size four and six. She also points out that she’s never been built like most runway models; she’s never been super thin. Agdal concluded her post with a message of positivity for all women:

“Let’s find ways to build each other up instead of constantly finding ways to tear each other down.”