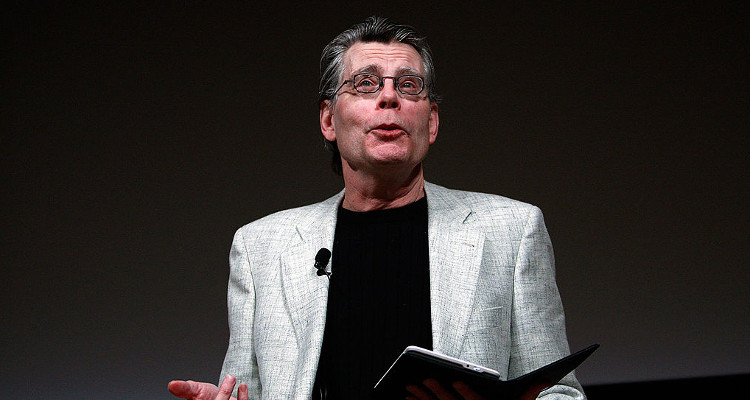 The terrifying new trailer for the big screen adaptation of Stephen King’s, It is out and it’s already scaring the living daylights out of viewers! Here is everything you need to know about the famous frightening clown horror flick in our It wiki, including the plot, cast, and the highly anticipated release date!

Stephen King fans have a reason to rejoice because the best-selling author’s beloved horror story, It will be hitting the big screen soon. Get ready for some sleepless nights, because the creepy killer clown from King’s iconic novel is back and scarier than ever! It’s release date is scheduled for September 8, 2017 and the first trailer was released last night (Wednesday, March 29), generating plenty of buzz on social media. The much-awaited film is based on the 1986 horror novel of the same name and has been directed by Andrés Muschietti of Mama fame. It’s plot revolves around seven young children being terrorized by a clown named Pennywise, who hunts them down by exploiting their deepest and darkest fears. The It trailer has already received over 8 million views on YouTube, and fans are gushing over the updated version of the two-part movie, which is already poised to be a summer hit. For newcomers who are unfamiliar with the terrifying tale of the dancing clown who haunted a whole generation of kids, check out our It wiki below!

The supernatural horror thriller, It has Stephen King’s trademark touch as it deals with the themes of childhood trauma, memory, power, and dark secrets lurking beneath the pretense of traditional values. Keeping with the premise of the book, the first part of this two-part saga is titled It: Part 1 – The Losers Club and the script has been written by Chase Palmer, Gary Dauberman and Cary Fukunaga of the Beasts of No Nation fame. Previously, the novel had been turned into a mini-series in 1990, starring Tim Curry as the frightening killer clown who kidnaps and eats children. The upcoming 2017 New Line and Warner Bros. release began principal photography in Canada last year, with filming taking place in Toronto and surrounding cities in Ontario.

Check out the chilling new trailer for It right here:

It Cast: The Losers Club is Back in Action and Better Than Ever!

The ensemble cast of It includes the Swedish actor Bill Skarsgård as Pennywise and Jaeden Lieberher as Bill Denbrough, the leader of The Losers Club. The supporting cast members are Jeremy Ray Taylor as Ben Hanscom, Sophia Lillis as Beverly Marsh (the only female member of the group), and Finn Wolfhard as Richie Tozier, Bill’s bespectacled and foul-mouthed best friend. The 1,138 page book has been brilliantly translated into a nerve-racking thriller, which is sure to keep viewers glued to their seats. Describing the character of Pennywise in an interview, It director Muschietti stated, “It’s established that Pennywise takes the shape of your worst fear. He doesn’t have a steady behavior, he doesn’t expose how he thinks, and that’s what makes him really unpredictable.”

It Plot and Release Date: A Spine-Chilling Supernatural Thriller for Some Sleepless Nights!

The development of It began in 2009 but the original director, Cary Fukunaga and The Revenant star, Will Poulter (who was originally cast as Pennywise) dropped out of the project. After going back and forth since 2012, filming was picked up again last year and is currently slated for release on September 8, 2017. The plot of It centers around a quaint town named Derry in Maine, where an ancient evil force awakens and terrorizes children every three decades. A group of children nicknamed ‘The Losers Club’ decide to fight against the centuries-old evil clown named Pennywise, who disguises himself to hunt his prey. Bill Skarsgård, who plays Pennywise, described his character saying, “It’s such an extreme character. Inhumane, It’s beyond even a sociopath, because he’s not even human. He’s not even a clown. I’m playing just one of the beings It creates. It truly enjoys the shape of the clown Pennywise, and enjoys the game and the hunt.”

It’s trailer is haunting and ominous as it showcases the fictional backdrop of Derry, Maine, having an uncommonly high mortality rate, where things spiral after the shocking death of a small boy named Georgie. While viewers are privy to brief glimpses of Pennywise, there are several spine-chilling scenes to ensure that Stephen King fans will be swarming theaters come September. A floating red balloon in a library, children’s hands desperately grasping the exit door of a burning building, and black ooze exploding in a bathroom are just some of the blood-curdling scenes to look forward to in It. Die-hard fans of horror are in for a real treat, because It is sure to have some gory moments and scary jolts to keep audiences on the edge of their seats!