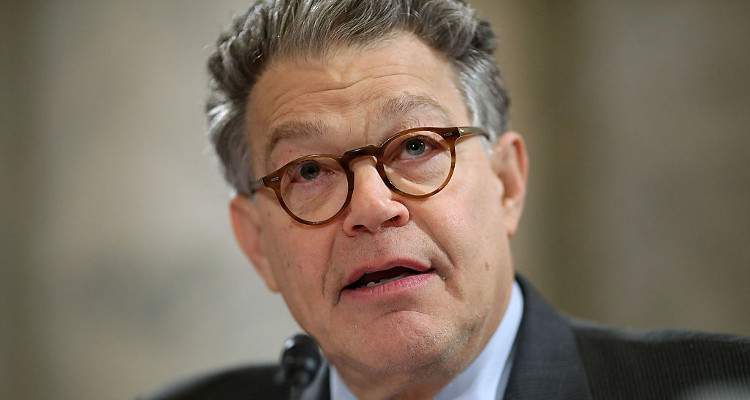 U.S.Senator Al Franken is gay. An Israeli newspaper; Haaretz had tweeted about Al Franken which read “Gay U.S. Senator Al Franken endorses #IranDeal.” The tweets caused many a raised eyebrows, and a sensitive situation like this spread like wildfire among millions of followers.

A 2015 tweet about U.S. Senator Al Franken shook the proverbial tree, and the fruit was an expected outburst of speculations. After Leeann Tweeden’s sexual harassment allegations and President Trump referencing his bad behavior, people want to know if Al Franken is a homosexual.

The aftermath of the Harvey Weinstein scandal has caused women everywhere to come forward with their harrowing stories of sexual misconduct. Sex in politics has been an age-old association, and now, yet another politician was forced to apologize for his crude behavior. U.S. Senator Al Franken issued a regret-filled apology to Leeann Tweeden, who accused him of groping her. But now, people are curious to know if Al Franken is gay. Read on to find out.

An Allegation That Started a Dust Cloud

Leeann Tweeden is a radio sports commentator for KABC, who came out with a 10-year-old secret. In a post she wrote on the  station’s website, she claimed that Al Franken “forcibly kissed” her against her will, then “grabbed my breasts while I was sleeping and had someone take a photo of [Franken] doing it, knowing I would see it later, and be ashamed.”

The Senate Ethics Committee was left to do its job after Mitch McConnell and Chuck Schumer decided to call upon them for a review of Tweeden’s claim. Franken was quick to apologize to both Tweeden and those affected by his actions back in 2006. “The first thing I want to do is apologize: to Leeann, to everyone else who was part of that tour, to everyone who has worked for me, to everyone I represent, and to everyone who counts on me to be an ally and supporter and champion of women. There’s more I want to say, but the first and most important thing—and if it’s the only thing you care to hear, that’s fine — is: I’m sorry.”

It’s okay. #AlFranken is a #Democrat #Senator, so this is perfectly acceptable behavior. Erased from history with an apology.

Al Franken has been married to Franni Bryson since 1975. She has been a source of strength for him and his family for more than 40 years. Aside from one incorrect tweet by an Israeli newspaper in 2015, there have been no accusations of the politician being gay. The paper was quick to delete their original tweet, and issue an apology.

Oops. Apologies for misfired tweet about @AlFranken. A moment of madness on the desk. #eggonourface. The real story: http://t.co/R5jQ0cvUrQ

So, as far as rumors about Senator Al Franken being gay goes, the claims are all false. He is an avid supporter of the LGBTQ community, something his campaign profoundly reflects. However, the senator will have to take extra care after the sexual misconduct allegations.