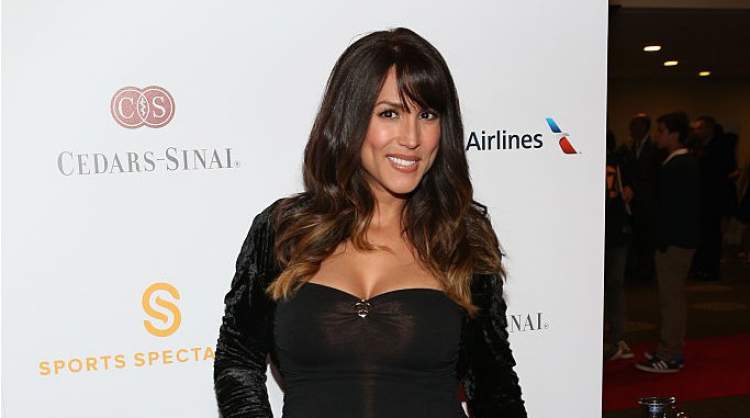 What happened between Leeann Tweeden and Al Franken? While many may remember Leeann Tweeden’s Budweiser poster, she’s now in the news for a different reason. The radio host has accused Senator Franken of sexual harassment and their photos all over the Internet. For more details, here’s a look with our Leeann Tweeden wiki.

Who is Leeann Tweeden?

Leeann Tweeden, KABC host, was born in Manassas, Virginia and is a sport commentator and model. She started modeling at the age of 17 (including covers like Playboy) and once worked at Hooters. She has completed 16 USO (a nonprofit organization that provides live entertainment) tours globally, where she entertained troops.

To be honest, we can’t disagree. Leeann Tweeden is one Yummy Mummy and fans can’t get enough of her! If you’re wondering why people associate her with one of their favorite American beers, it’s because of Leeann Tweeden’s Budweiser poster, which had her completely covered in Budweiser bottle caps …and nothing else! The entire photo shoot was hotter than fire. Speaking of hot, her entire Instagram page has photos of her that will make your temperature soar!

Tweeden is a firm believer in supporting military families and met her husband, Chris Dougherty, through a friend while she was on tour.

“Today is Veterans Day. A day we thank those men & women who wear & who have worn the uniform. The men & women who have sacrificed so much for others so that we don’t have to. My father served in Vietnam. My husband still serves to this day. They are my heroes. Dad, I miss and love you so much. Chris, you are the rock of our family and the man of my dreams. I love you more than you’ll ever know.”

They currently live in Los Angeles and have two children together: 4-year-old son, Kane and 2-year-old daughter, Kaia.

Her Father was Military

Tweeden has a large amount of respect for the military, especially since her father also served in the Vietnam War.

“Veterans Day is always special to me as my father served in Vietnam. It was an unpopular war where teenagers got draft notices and were sent off to far away lands. My father was one of those teenagers,” she said on Instagram. “He served in the Air Force and was proud to have done so, even though they were told not to wear their uniforms on the flight home to America because of the hostility towards troops serving back then. It was a different time.”

She added, “His first plane ride was going to serve. He ended up being stationed in the Philippines (where he met my mom!) and then he was sent to Phan Rang, Vietnam where he was a chief mechanic on B-57s.”

On the heels of the Roy Moore and other scandals, Tweeden has publicly accused Senator Al Franken, Democrat of Minnesotta, of groping her breasts when she was on a USO tour back in 2006. He wasn’t a lawmaker then but she recalled the story, which was also includes photos.

“I couldn’t believe it. He groped me, without my consent, while I was asleep. I felt violated all over again. Embarrassed. Belittled. Humiliated. How dare anyone grab my breasts like this and think it’s funny?” she said.

The pair had been doing skits to perform for the troops. She recalled him trying to rehearse kisses for skits and feeling uncomfortable with it. She detailed the instance (and compared it to model Ambra Battilana Gutierrez’s audio taped incident with Harvey Weinstein), saying that he was overly persistent about the kiss, and even stuck his tongue in her mouth. Pictures even surfaced of Franken “jokingly” grabbing her breasts. Although she showed her husband the picture, she said she was afraid and doesn’t want that to happen to someone else.

“But that was then, this is now. I’m no longer afraid,” she wrote. “I want the days of silence to be over forever.”

Franken has since apologized for his actions but is currently under investigation.

Did a photo shoot today for new promo pics for @kabcradio! My best friend @beautybymichellev is the best hair & makeup person in the biz! She always knows how to make me look my best. I feel confident and beautiful after sitting in her chair. (THANK YOU, Fifi! ?) She snapped this shot on her iPhone in the doorway of our studio. Also got to do some pics with @drdrewpinsky and @askjillian too! Can't wait to show you guys! #nofilter (Shout out to Heather @bradley.beauty for making my skin glow like a 20 year old!) ?