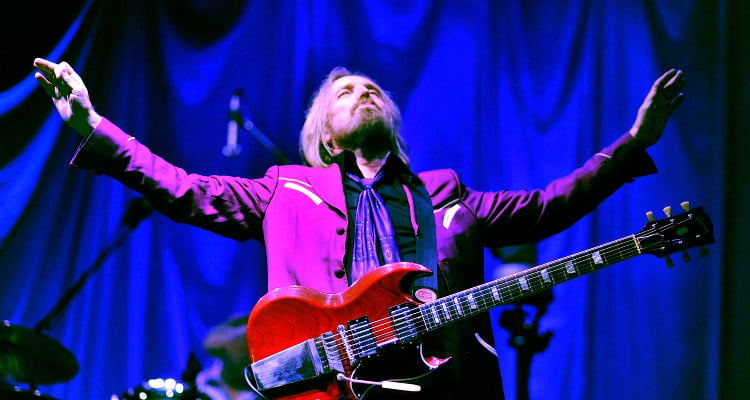 Is Tom Petty Dead? The legendary “American Girl” singer passed away at the age of 66.  Although his daughter made sure to clear up the fake news fiasco, fans are deeply saddened by the icon’s death. Read on to know everything about the turmoil regarding Tom Petty’s death.

Tom Petty was falsely pronounced dead by the Internet, and many fans were searching for answers to know if Tom Petty is alive. Not too long after the news of his “death” spread online, his daughter, AnnaKim Violette Petty, announced on Instagram that her father was very much alive. Unfortunately, hours later, it was revealed that he passed away. Scroll down for more news about Tom Petty.

On Monday afternoon, details of the singer’s passing were spread all over the Internet. Most outlets cited that confirmation of Petty’s death was given by the LAPD. Since it was revealed that Petty was, in fact, alive and in hospital after going into cardiac arrest, the LAPD tweeted out a statement saying, “Initial information was inadvertently provided to some media sources. However, the LAPD has no investigative role in this matter. We apologize for any inconvenience in this reporting.”

What really happened was that Tom Petty’s wife, Dana York, found the singer in his room and dialed 911. It was reported that the singer was being rushed to the hospital and put on life support. It was then falsely reported that the rock star died after being taken off life support. Just as the whole world was in shock and the story was picked up by many publications, Tom Petty’s daughter, AnnaKim Violette, tagging Rolling Stone on Instagram post with the caption, “My dad is not dead yet but your f*****g magazine is your slime, has been pieces of tabloid dog s**t.”

The LAPD later tweeted an apology for their role in the false reporting, and added that they could not confirm anything about whether or not Tom Petty was alive.

(1/2)The LAPD has no information about the passing of singer Tom Petty. Initial information was inadvertantly provided to some media sources

(2/2) However, the LAPD has no investigative role in this matter. We apologize for any inconvenience in this reporting.

It has now been confirmed that Tom Petty is dead, by sources that include the singer’s daughter. The death of the legend has left his fans and family in deep sorrow. Tom Petty was mostly known for being a part of Tom Petty and the Heartbreakers, but also had a very successful solo career.

Though the band did not break up, Tom Petty performed solo since the late ’80s. The band released, Hypnotic Eye in 2014, as well as archival recordings from Through the Cracks and Nobody’s Children the next year.

Tom Petty’s cause of death was reported as being cardiac arrest. According to Tom Petty’s family, he died peacefully, surrounded by his bandmates and loved ones. In 2015, details of Tom Petty’s drug abuse surfaced through his biography. He revealed that, in the ’90s, he was addicted to heroin. But the legend overcame the deadly addiction and he was clean for a long time before his sudden passing on October 2, 2017. The singer was only 66 when he died, and the world is mourning the loss of a great artist.