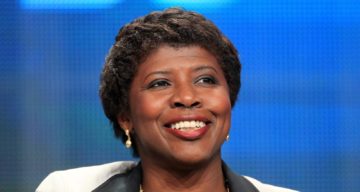 A prominent civil rights activist of the modern era and an icon in journalism have the same last name. That makes social media users wonder if it’s more than mere coincidence. Sherrilyn Ifill is an attorney and law professor who leads the NAACP Legal Defense Fund. Her last name evokes the late journalist Gwen Ifill, a PBS NewsHour personality and the first African-American woman to host a nationally televised public affairs program. Social media users often ask if Sherrilyn Ifill is related to Gwen Ifill. As it turns out, inspiration does run in the family.

Gwen Ifill was born on September 29, 1955, in New York to (Oliver) Urcille Ifill and Eleanor Ifill. Gwen and her five siblings share a mixed heritage, as their father, who was a Panamanian of Barbadian descent, immigrated to the U.S. from Panama and their mother from Barbados.

In 1999, the Simmons College alum was named as host of Washington Week in Review, becoming the first Black woman to host a national public affairs program. Some of her most prominent work was with PBS NewsHour and she even moderated two vice-presidential debates.

Gwen Ifill passed away in 2016 after battling breast cancer and endometrial cancer. Besides an unrivaled legacy, she leaves behind her siblings and extended family, including her cousin Sherrilyn Ifill.

Sherrilyn and Gwen Ifill aren’t siblings as many assume with their shared last name. However, they are first cousins, and Sherrilyn even delivered a eulogy for Gwen at her funeral service.

Sherrilyn Ifill was born on December 17, 1962, also in New York. She is the youngest of 10 children born to Lester and Myrtle Ifill.

Her father Lester, a social worker based in Harlem, was the brother of Urcille Ifill. The brothers emigrated from Barbados and raised their families in the U.S. Both served as African Methodist Episcopal ministers.

Gwen Ifill supported, mentored, and inspired several youths, especially in the field of journalism. Her cousin Sherrilyn’s words that she was an example of “the most American of success stories” are undeniable.