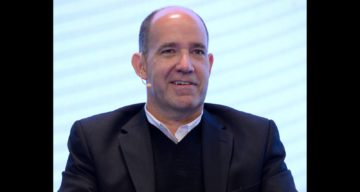 Former Bush strategist Matthew Dowd announced his bid for lieutenant governor of Texas on September 29, 2021. The political consultant who worked on George W. Bush’s 2004 re-election campaign publicly distanced himself from the ex-POTUS and the GOP in 2007 and is running for the Texas office as a Democrat. Meanwhile, the political watchers on social media speculate if Matthew Dowd is connected to the controversial New York Times columnist Maureen Dowd. Because of their common last name, social media users wonder if they are related. Possibly even siblings. However, there’s no evidence of the same.

Matthew Dowd and Maureen Dowd Are Not Related

Maureen Dowd was born on January 14, 1952, in Washington, D.C. She is the youngest of five children born to Margaret “Peggy” and Mike Dowd.

Maureen and her siblings grew up in a tight-knit Irish-Catholic family who mostly leaned Republican. Her father left his home country and settled in Washington, D.C., where he became a cop and later met and married her mother Peggy. The family, including Maureen, remain connected to their Irish roots even after Peggy and Mike’s passing.

While the Pulitzer winner and vocal Obama supporter has traced the 44th American president’s Irish roots, her own family’s roots don’t connect to Matthew Dowd. But their last name is not the only thing they have in common.

Matthew Dowd, who was born on May 29, 1961, in Detroit, Michigan, is one of 11 children born to an auto executive and an elementary teacher. Similar to Maureen, he also grew up in an Irish-Catholic family, and his parents were Republicans.

Matthew, however, distanced himself from George W. Bush and the GOP in 2007. A vocal Trump critic and of the Republican politicians in Texas, he will now run as a Democrat for the lt. governor of Texas against the GOP’s Dan Patrick.

The political pundits have the same last name, similar family backgrounds, and a shared penchant for polarizing commentary. However, there’s no evidence of a familial relation between Maureen Dowd and Matthew Dowd.