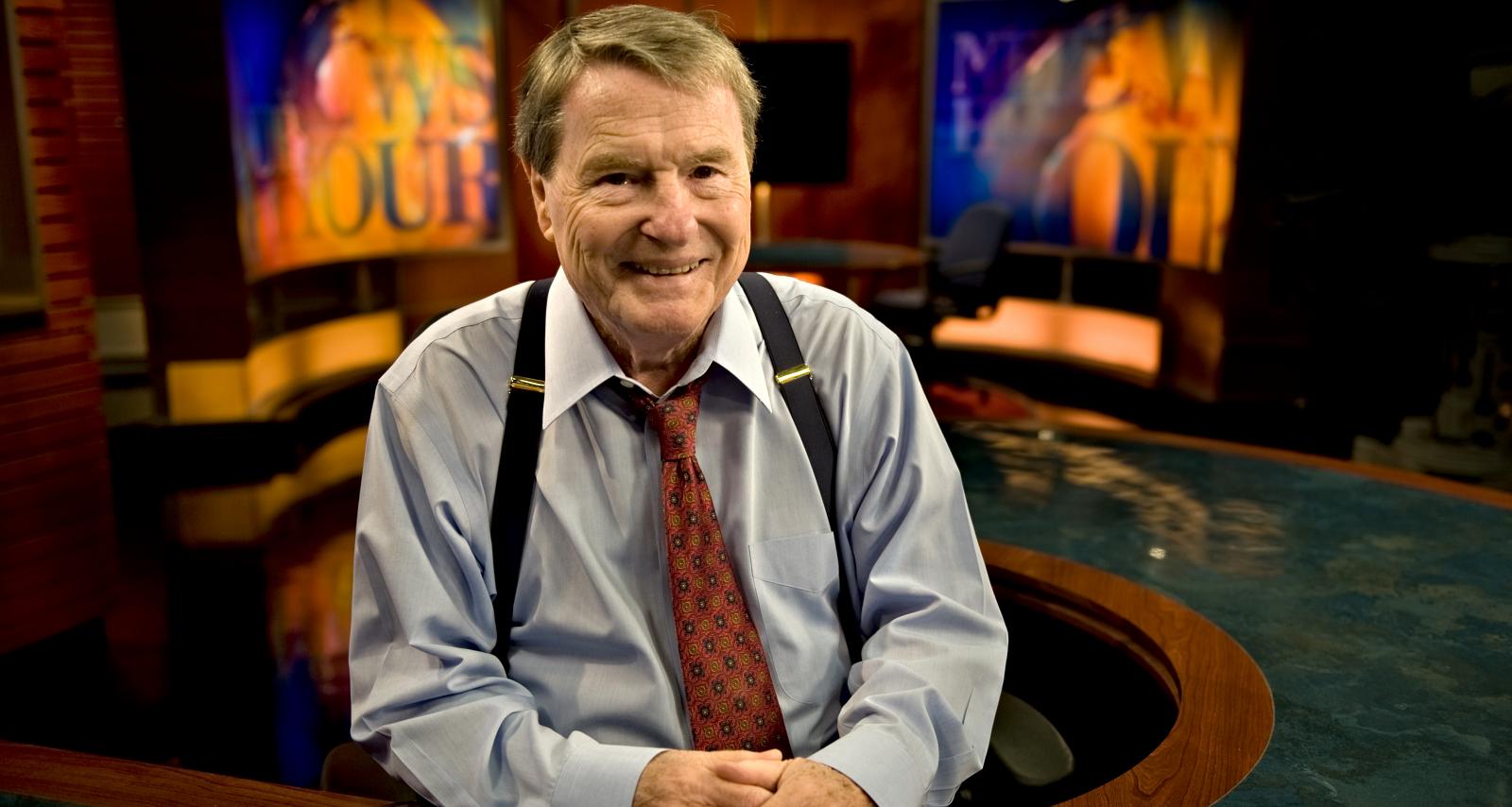 PBS news anchor Jim Lehrer in his studio in Arlington, Virginia, on Thursday, May 12, 2011 (Photo by Nikki Kahn/The Washington Post via Getty Images)

Lisa Lerer is one of the most prolific journalists currently for good reason. The national political correspondent for The New York Times has kept the readers engaged with tremendous insight into the country’s political situation in recent years. While her work gets its rightful attention, there’s another thing about Lerer that trends among social media users. They often ask if Lisa Lerer is related to another prominent journalist. The late Jim Lehrer was a legendary news anchor on PBS NewsHour and a veteran presidential debate moderator. Is Lisa Lerer related to Jim Lehrer? As the differently spelled last names indicate, there is no relation between them.

Lisa Lerer Is Not Related to Jim Lehrer

Jim Lehrer was born on May 19, 1934, in Kansas to Lois Catherine Chapman and Harry Frederick Lehrer. His paternal grandparents were German immigrants and his maternal grandfather is the late J.B. Chapman, a prominent minister.

Jim began his journalistic career in 1959 in Dallas, Texas, and he was one of the on-the-ground reporters covering the 1963 assassination of John F. Kennedy. He began at PBS in 1972, where he covered the Watergate hearings.

While he completed some of the most groundbreaking reportages in modern history, Jim is best known for moderating 12 presidential debates between 1988 and 2012.

Jim Lehrer passed away on January 23, 2020, of a heart attack. He is survived by his wife, Kate Lehrer; their daughters, Jamie, Lucy, and Amanda; and their daughters’ respective partners and children.

There is no evidence of a familial relation between Lisa Lerer and Jim Lehrer and his family. Their similar sounding surnames are spelled differently, though it leads to the confusion of a speculated connection.

Lisa Lerer’s personal life and background are not known. Her works as a political correspondent with The New York Times have earned immense attention online.

Their jobs in the journalistic field and deft skill for insightful coverage are the only things common between Lisa Lerer and Jim Lehrer.