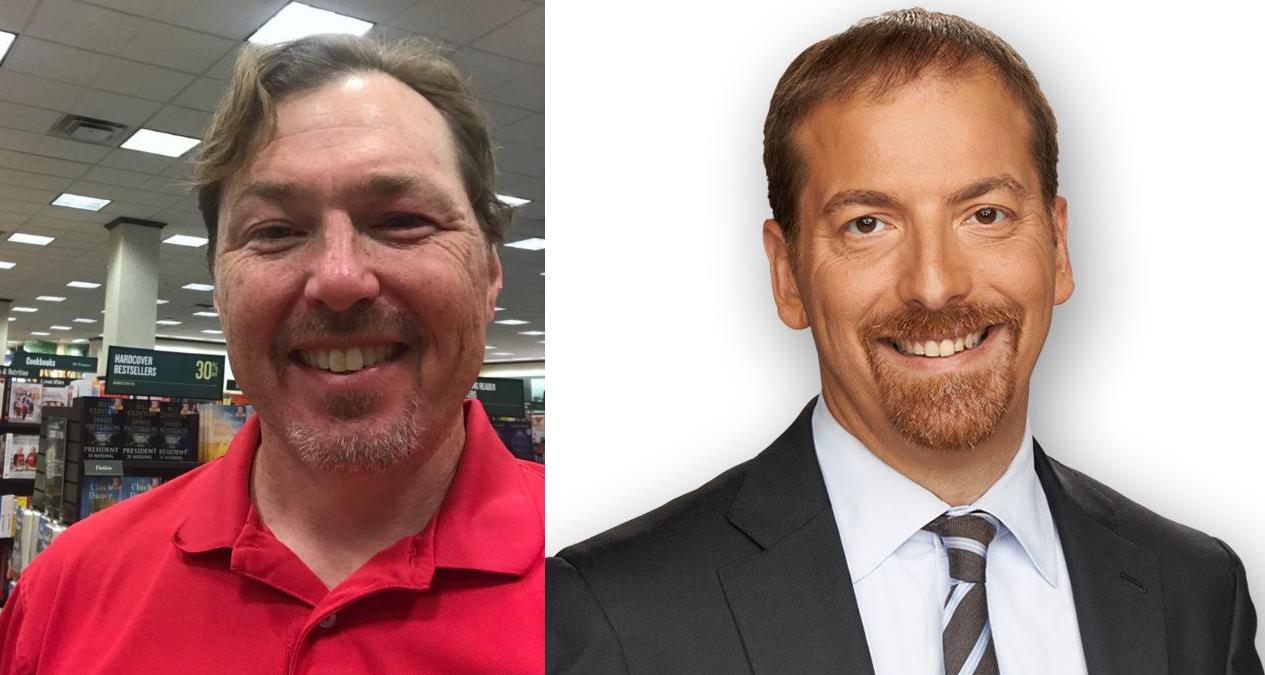 MSNBC’s host Chuck Todd feels that President Trump may receive bad news before the start of Labor Day weekend. However, Republican strategist Brad Todd has a different take on it. After watching the segment, many people are wondering if Chuck Todd is Brad Todd’s brother. So, is Brad Todd related to Chuck Todd? Find out here!

Back in 2013, a Twitter user tweeted to ask if Brad Todd is Chuck Todd’s brother. Brad Todd set the record straight on the platform and replied that they are not at all related. However, many weren’t convinced and thought that the Republican strategist was kidding around. 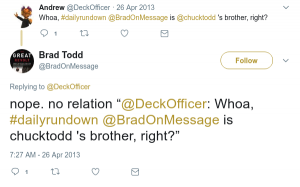 Brad Todd’s tweet stating he is not related to Chuck Todd. (Credits: Twitter/bradonmessage)

There’s a possibility that people are asking this question because the two men have the same last name and have similar facial features. Furthermore, both are involved with politics.

Much to people’s dismay, the theories are untrue. The two men are not related to each other.

Who Is Chuck Todd?

Chuck Todd is a television commentator who hosts NBC’s show, Meet the Press. He is also the political director of NBC News and hosts MSNBC’s show, MTP Daily.

When Todd was in college, he was involved with Senator Tom Harkin’s 1992 presidential campaign and worked part-time at National Journal magazine’s newsletter, The Hotline. He has been covering politics since 1992.

Who Is Brad Todd?

Brad Todd graduated in 1994 from the University of Missouri in Columbia with a Master of Arts in Journalism. Post his education, Todd was the vice president of National Media Inc.

In 2005, he cofounded OnMessage Inc., a consulting firm, with Wes Anderson and Curt Anderson. The company provides research, development, and media to help clients reach their political goals.

He cowrote the book, The Great Revolt: Inside the Populist Coalition Reshaping American Politics.