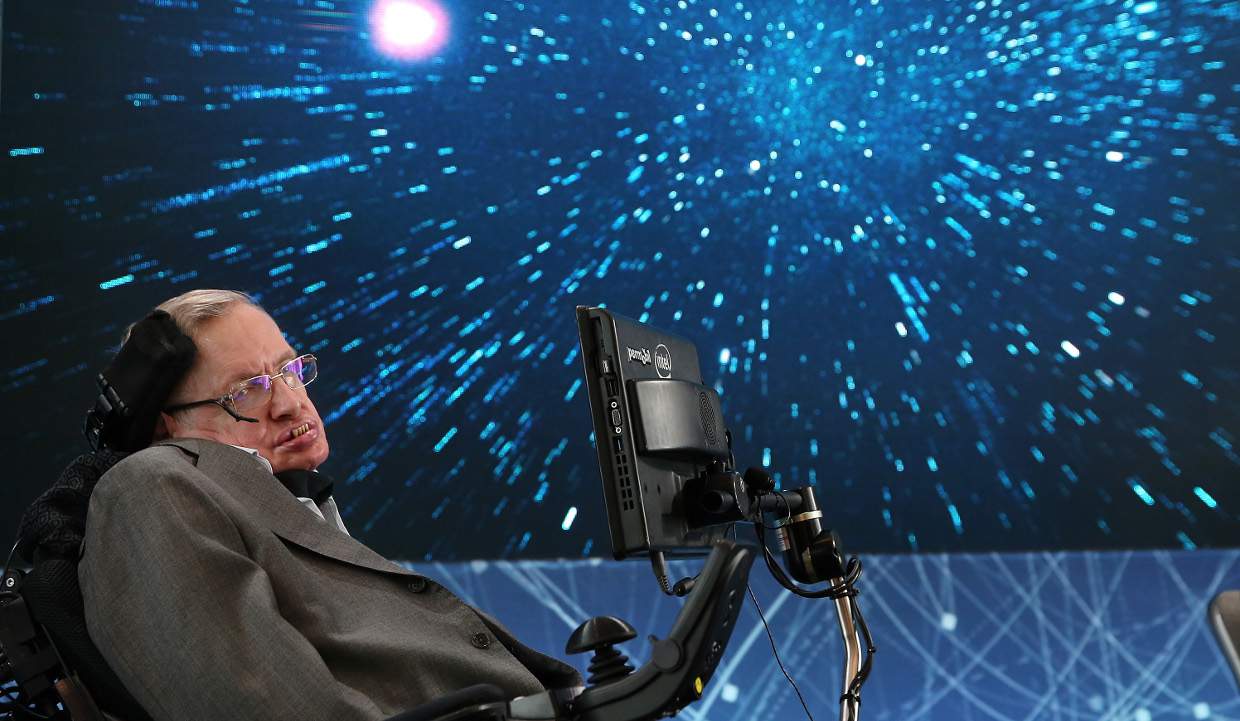 Even if you don’t follow every development in physics closely, you’ve probably heard of genius Stephen Hawking. The pioneering cosmologist propelled to global fame thanks to his smarts and wit. But how smart was Stephen Hawking? Prepare to be amazed!

On March 14, 2018, we lost one of the greatest minds of our time. Stephen Hawking will forever be immortalized because of his unparalleled genius and colossal wit.

For all of his groundbreaking work in physics while battling his illness, Hawking is also famous in pop culture for his biting wit. He wasn’t one to hold back the dry humor that came with his arsenal of smarts. So, what was Stephen Hawking’s IQ?

Keep reading to find out Steve Hawking’s IQ test score, along with his greatest moments in pop culture history.

An average IQ test score is considered between 90 and 110. So, a person with an IQ score higher than that displays above average intelligence.

Stephen Hawking had a jaw-dropping IQ score of 160. He had the same score as another genius—Albert Einstein. Hawking and Einstein were part of that exclusive one percent of people with above average IQ.

But when Hawking was asked about his IQ, he said, “I have no idea. People who boast about their I.Q. are losers.”

It’s no surprise that Hawking accomplished several feats with his exceptional intelligence. During his time, he published over 200 papers of scientific writings.

Hawking’s biggest accomplishment was sharing his groundbreaking concepts and theories to the masses with bestselling books like A Brief History of Time.

With all that he has surpassed, it’s hard to believe that Hawking couldn’t read properly until he was about eight! He admitted that he couldn’t surpass the average scores of his schoolmates.

Even though he checked all the boxes to join the elite minds at Mensa International, Hawking turned down the invitation.

Hawking is famous for his work in the field of science, but popular culture remembers him for a lot more.

Check out the best moments of Stephen Hawking’s genius.

#1. On Whether He Should Be Considered a Genius

In an interview with The New York Times, Hawking said that the media needs a superhero in every field, including science.

When he was asked if he thinks he qualifies, Hawking said, “I hope I’m near the upper end of the range.”

#2. When Prince Charles Got Too Close

The cosmologist tended to weaponize his wheelchair! He ran over Prince Charles’ feet in 1977 when the royal got too close to Hawking’s prized throne.

When Hawking was questioned about wanting to run over Margaret Thatcher’s feet, he said, “A malicious rumor. I’ll run over anyone who repeats it.”

#3. His Thoughts about the Colonization of Other Planets

Hawkings believed that humanity’s future rested on colonizing planets. And he presented a grim warning on why we need to find a new planetary home.

“Sooner or later disasters such as an asteroid collision or a nuclear war could wipe us all out. But once we spread out into space and establish independent colonies, our future should be safe,” Hawking opined.

#4. About Life Infecting Our Computers

In a speech about the nature of life, Hawking explained that computer viruses fit the definition of living systems and said, “I think it says something about human nature that the only form of life we have created so far is purely destructive. We’ve created life in our own image.”

#5. To One Directioners When Zayn Malik Left the Band

Hawking took on a holographic form to explain theoretical physics and the possibility of alternate universes to young One Directioners and said, “One day there may well be proof of multiple universes … and in that universe Zayn is still in One Direction.”

(On a side note, Zayn Malik announced his break up with Gigi Hadid a day before Hawking’s death.)

Also Read: It’s the End of #ZiGi! Find Out What Happened Here

#6.  When He Wanted Humans to Surpass Artificial Intelligence

Stephen Hawking, Elon Musk, and Morgan Freeman are on the Advisory Board of the Future of Life Institute, an advocacy group that warns against the dangers of AI.

Hawking believed that we are in real danger of being overtaken by computers. The only way to prevent that, according to him, is by genetically enhancing humans to develop faster than computers.

“We urgently need to develop direct connections to the brain so that computers can add to human intelligence rather than be in opposition,” said Hawking.

#7. The Hunt for Hawking’s Next Voice

Only a genius like Hawking could get Liam Neeson, Rebel Wilson, Simon Cowell, Anna Kendrick, Gordon Ramsay, and other celebs to beg him to pick them for his voice. However, they all got rejected for their lack of scientific knowledge.

In the end, the honor of being Stephen Hawking’s voice went to the inimitable Michael Caine.