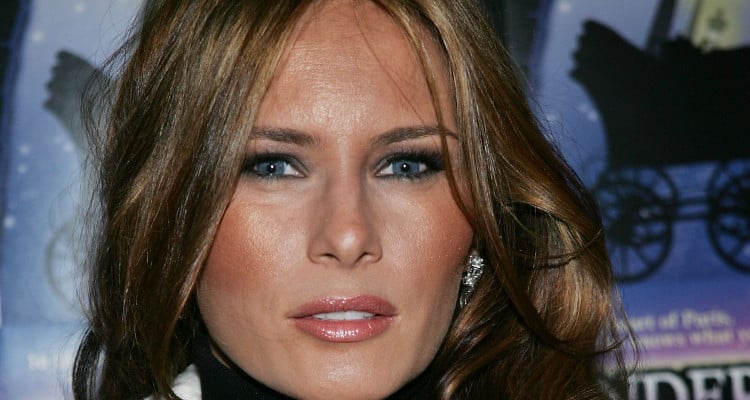 Melania Trump will be the first foreign-born first lady of the United States. Everybody is mesmerized with her beauty and enchanting smile. She definitely looked stunning while standing next to her husband on Wednesday morning (November 9), while it was announced that Trump would be the next President of the United States.

Melania Trump was born on April 26, 1970 and is from Novo Mesto, Slovenia. Donald Trump was said to be mesmerized by her beauty and wits when he first saw her. Prior to becoming Donald Trump’s wife, she was an established model. So, it only seems fitting to put together nine amazing photos of Melania Trump. Take a look at them: 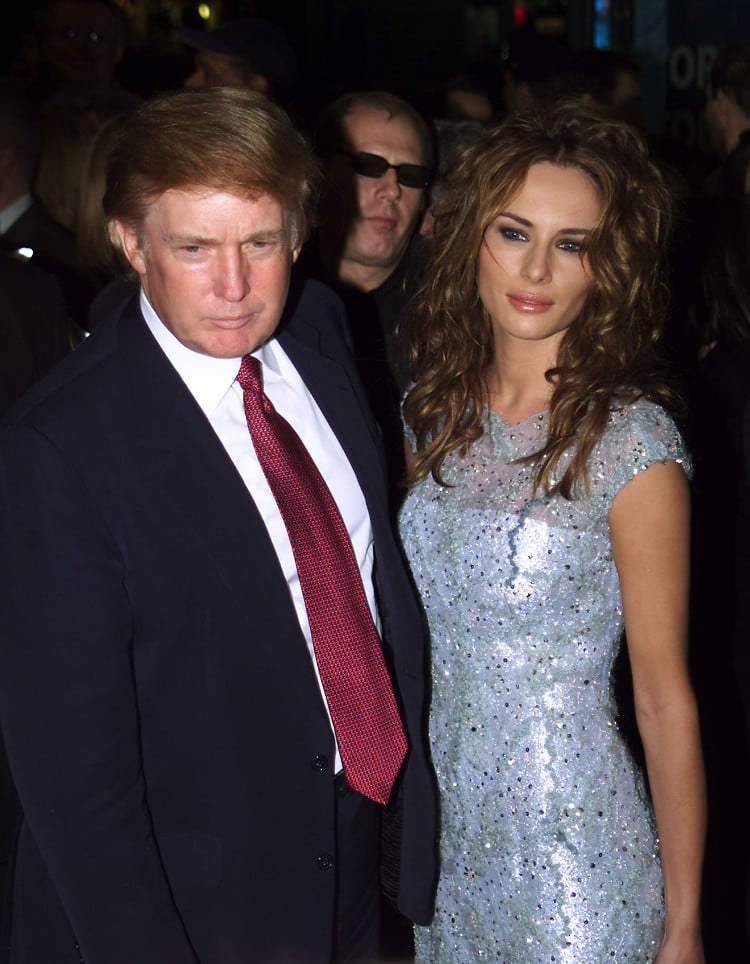 Melania Trump almost looks as though she does not age! This photo was snapped back in 2003, when the couple attended the Aida opening in New York City. Melania looks amazing in a light blue dress with loose curls framing her face. 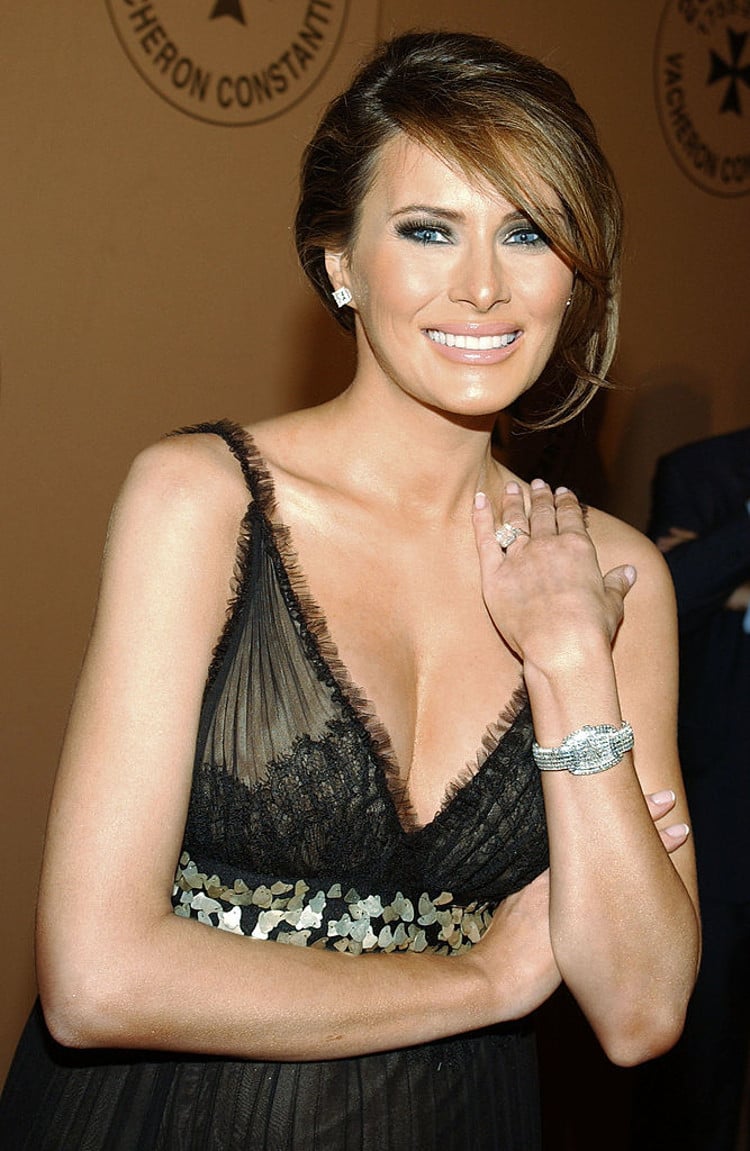 In 2005, Melania Trump hosted the 250th anniversary of Vacheron Constantin in New York City. She looked gorgeous in a black dress with her hair tied in an elegant bun. 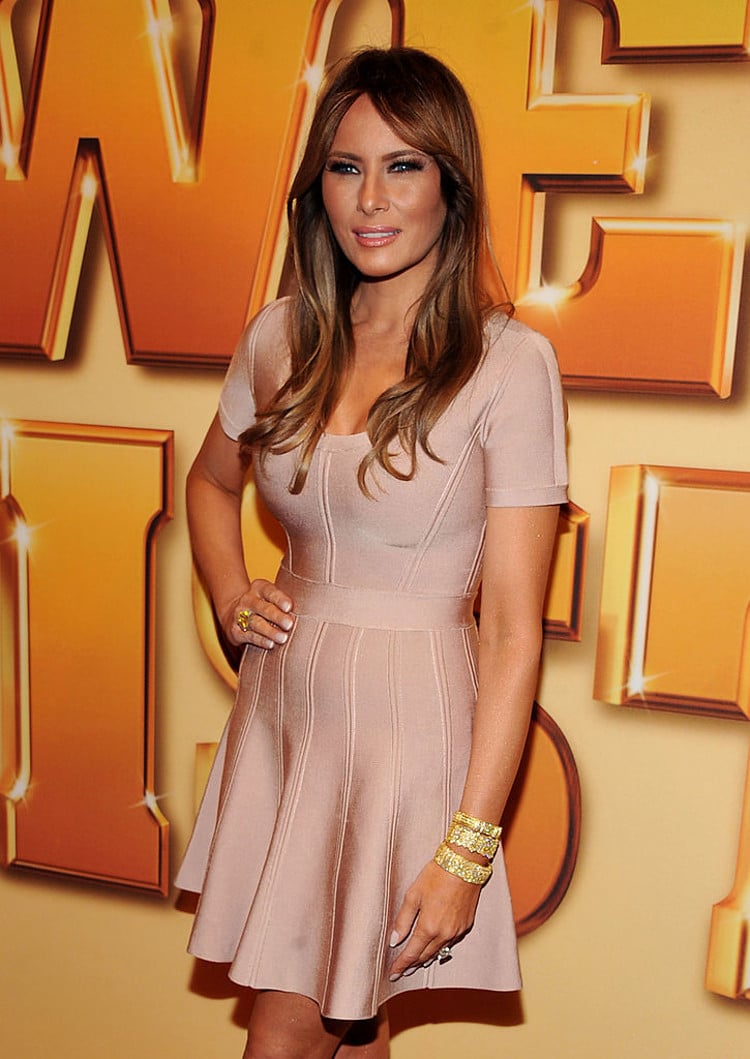 Melania Trump looked chic and beautiful in a nude colored dress, while attending the world premiere of Tower Heist at the Ziegfeld Theatre on October 24, 2011 in New York City. 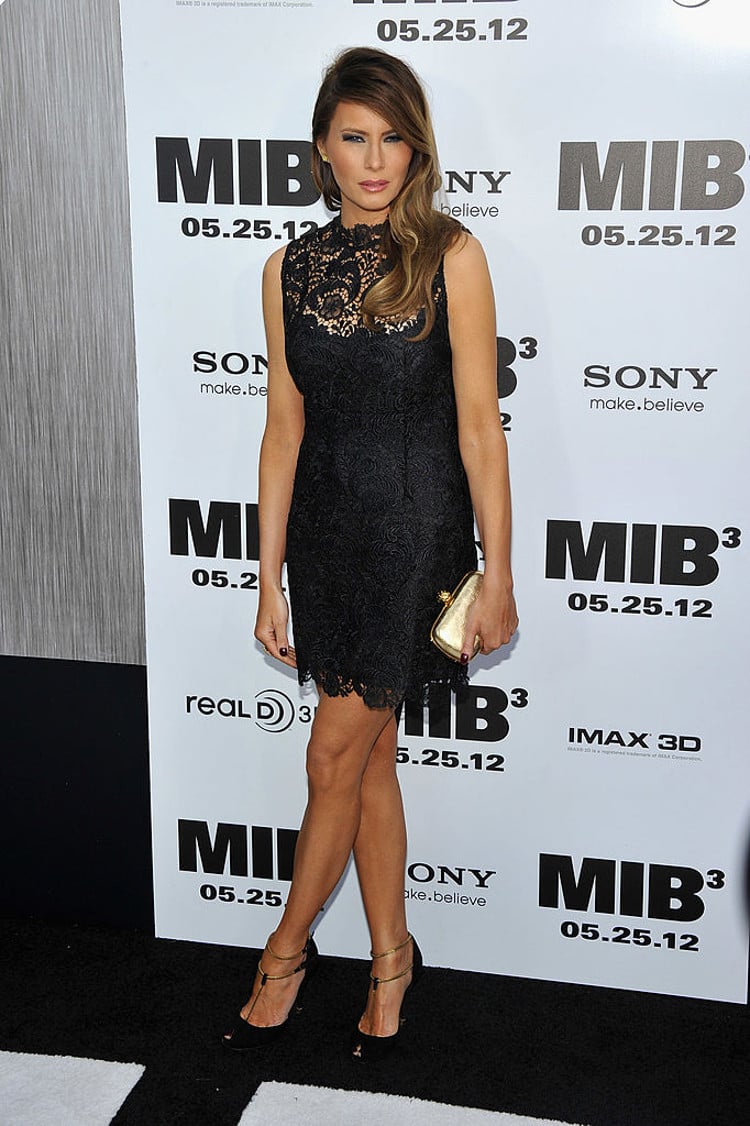 Showing off her love for the color black, Melania Trump wore a short,  black lace dress while attending the New York premiere of Men in Black 3 at the Ziegfeld Theatre on May 23, 2012 in New York City.

Who else thinks Melania Trump looks gorgeous as a brunette? During her modeling days, she was frequently spotted with dark hair, for instance, during the the Marc Jacobs Fall 2004 fashion show, during Olympus Fashion Week at the Armory on February 9, 2004 in New York City. She wore a simple white dress and still looked amazing. 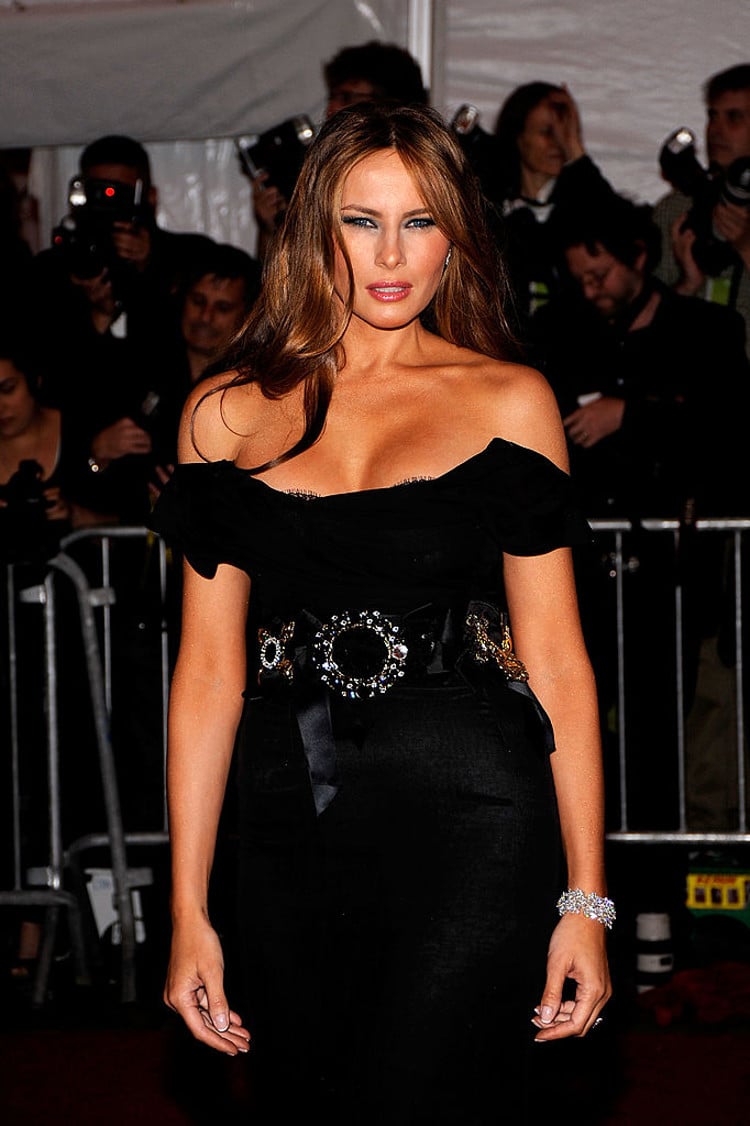 Being a model, and posing like one also comes naturally for Melania Trump. Here, she was spotted wearing a sexy black dress while attending The Model as Muse: Embodying Fashion Costume Institute Gala, at The Metropolitan Museum of Art on May 4, 2009 in New York City. 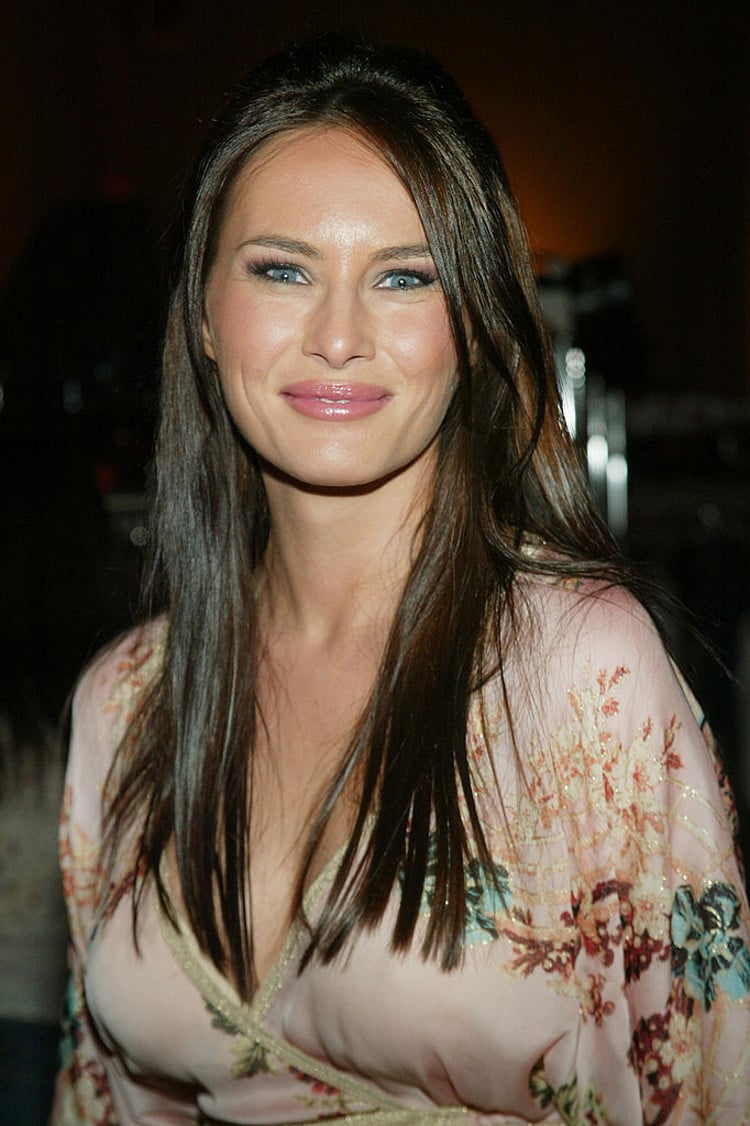 Who says you always have to dress up to look good? Melania Trump looked chic and stylish as she was spotted by the paparazzi at the after party for HBO’S Sex and The City season six premiere, at the American Museum of Natural History June 18, 2003 in New York City.

Donald Trump and Melania Trump were spotted attending the Survivor: Marquesas season finale on May 19, 2002 in New York City. She wore an off-white fur jacket and kept her hair loose. 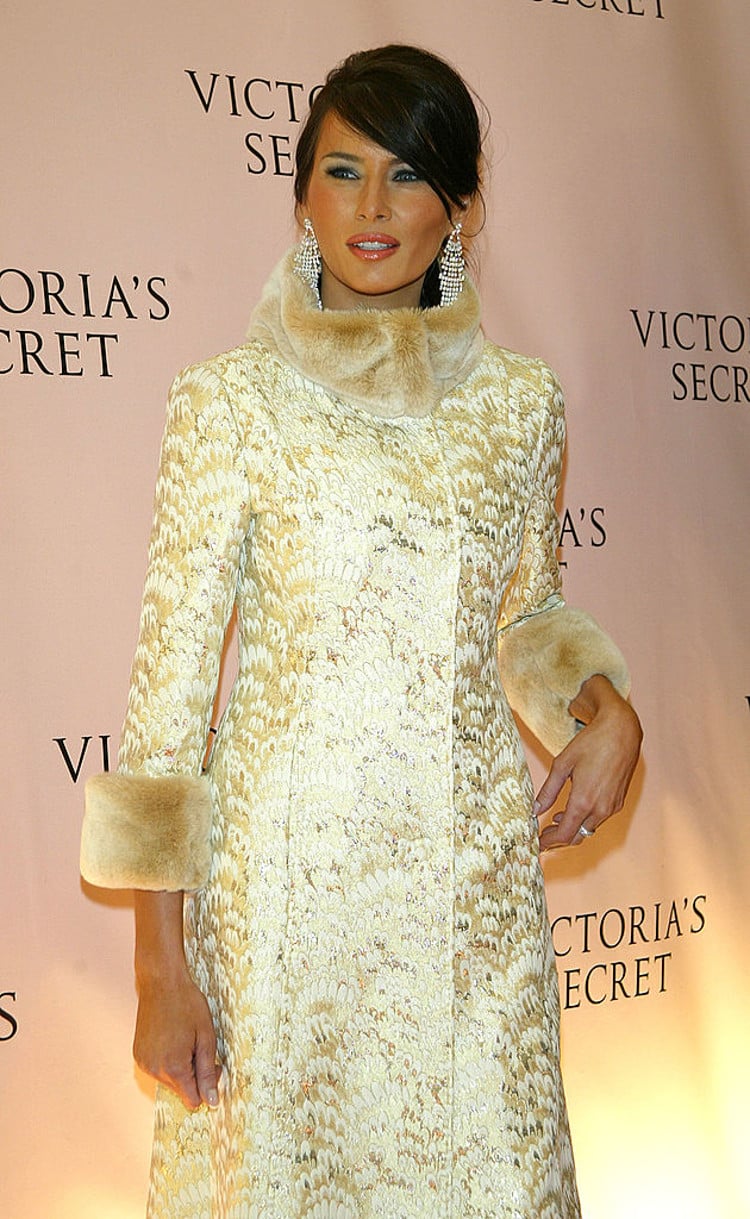