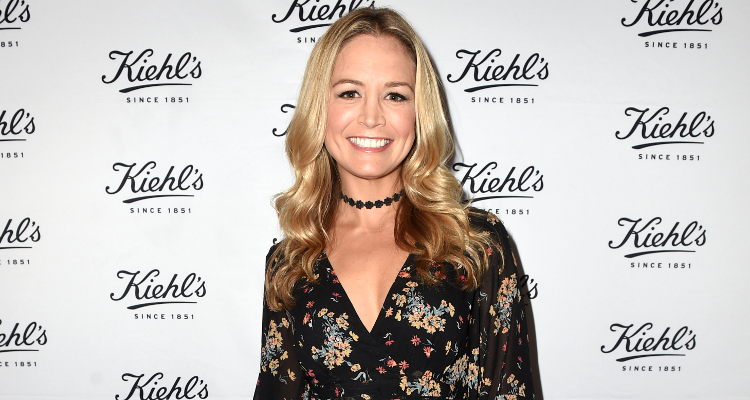 Garage Squad Season 6 premieres on Motor Trend on August 28, but Heather Storm won’t be back as the show’s cohost! Fans love to tune in to see Heather Storm on Garage Squad alongside Bruno Massel and Joe Zolper. Fans are sad that she won’t be on the show. But it’s not the end for Storm’s adventures as we’ve detailed in Heather Storm’s wiki.

Who Is Heather Storm?

Heather Storm is a Philadelphia native and she celebrates her birthday on May 24. She moved from a small town in Philadelphia to Big Snowy Mountains in Montana when she was 12 years old with her family. Initially, she was not very happy with the change but soon adapted to it.

Her father instilled in her the importance of being independent. He taught Storm how to shoot guns, use tools, and remodel the family home when she was just a kid. She would often go hiking and camping with her family, too.

Storm has a Bachelor of Science in Environmental Sciences from Oregon State University.

Post her education, Storm worked in Puerto Rico on sustainable tourism initiatives. She spent most of her free time surfing and exploring the beaches there.

Her curiosity and thirst to do more made her move to Los Angeles. While attending classes and giving auditions, Storm worked as a fitness trainer, model, luxury spirit portfolio manager, and brand ambassador.

The “About Us” section of the page read, “At Black LAB we only strive for excellence and use our refined creativity to deliver perfection. We treat our clients and employees with respect and value the relationships we build. We have produced bars and events for numerous restaurants, brands & celebrities.”

Storm is a NASM Certified Fitness Trainer (CFT) and worked as a stretch technician and fitness trainer for two years at Spectrum Athletic Clubs. She also worked as a brand ambassador at Leblon in Los Angeles.

Additionally, she worked as a market manager at W.J. Deutsch & Sons. Her responsibility there was to handle the luxury spirits portfolio of four different brands in Southern California.

Storm even appeared in more than 50 national commercials and has hosted several direct response commercials. She’s been working as a professional actress for more than 12 years now.

Currently, Storm is the cohost of Velocity’s show, Garage Squad. The squad works around the clock to refurbish cars and get to witness the sweet and emotional reunion of the owner with their vehicle.

Besides being a cohost on Garage Squad, Storm has also appeared on other TV series like Tosh.0, 1000 Ways to Die, Surviving Disaster, and Manswers. She was the host of the shows, Street Tuner Challenge and Gamers, and has hosted and cohosted over 20 other shows.

Additionally, she is the host of the podcast, Man Seeks Adventure. She is also the executive producer and host of Drive Yourself Local, a travel series about Storm’s journey across America in her ‘65 Mustang.

Now that she’s no longer on Garage Squad, the travel series is where you can catch Storm.

Storm also has a website where she shares her passion for road trips, classic cars, and healthy living.

How Does She Like to Spend Her Free Time?

When Storm was asked in an interview what she likes to do in her free time, she revealed, “If I have enough down time, I like to schedule a vacation or even weekend getaway so I can totally decompress and re-energize. On a daily basis, I like to get outside in nature and I feel great after a nice run through Griffith Park or along Lake Michigan. I also love to explore the culture of the city, new restaurants, classic bars, art galleries and museums.”