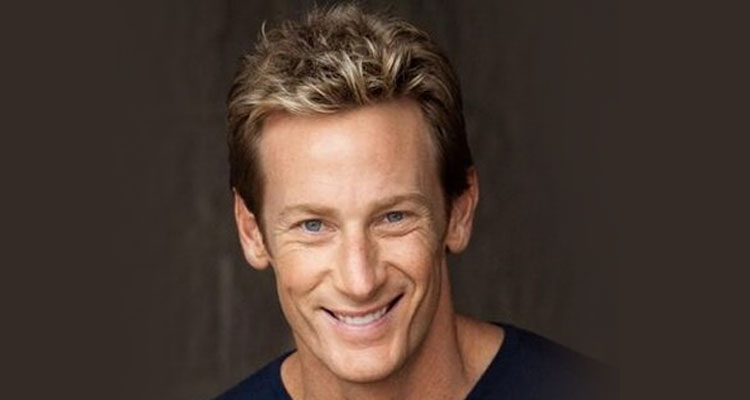 The fifth season of Garage Squad will premiere on August 29, 2018. As usual, Bruno Massel will be hosting the new season. Learn more about the drag racer with details from our Bruno Massel wiki.

Who Is Bruno Massel?

Born on May 23, 1974, Bruno Massel’s age is 44, and he hails from Elmhurst, Illinois. He played football while studying at York High School in Elmhurst.

In 1996, Massel graduated from the University of Iowa with a BBA degree in marketing and finance. He wanted to continue playing football during his studies there but couldn’t because of his injuries.

Massel likes to keep himself fit. He does weightlifting and practices martial arts, and he also plays football, baseball, basketball, tennis, and raquetball.

He Was a Model

He decided to pursue a degree in law after he graduated, but fate had something else in store for him. On the first day of orientation, Massel realized that the legal profession was not for him.

Massel was then discovered by a modeling agent based out of Chicago and met with famous photographer, Bruce Webber. He started modeling in 1997 and was represented by Ford Models.

Initially, his parents were not very happy about Massel’s modeling career. But he got to travel to different cities like New York, Los Angeles, and countries in Europe.

Massel was a part of the Polo Ralph Lauren Underwear campaign. He even tried his hand in the family business of drag racing when he was home in between photo shoots.

Massel was about to move to New York but his dad had to undergo emergency surgery. The surgery was successful, but the recovery period was long.

So, he took over the family business and did some modeling on the side because he couldn’t travel much. This is how he got heavily involved in the racing world.

During his first full season on the IHRA national tour, Massel wheeled “his six-second, 200-mph Top Dragster within two rounds of winning the national championship.”

While Massel raced on the track, he was still doing modeling on the side (with some clients being big names in the fashion industry). He continued to model until 2015.

Test fitting my new @autogeekcom fire suit. Next time I put it on I hope to add some more hardware to my collection. @nhra @velocity @mobil1 #almostraceready #cantwait

In 2001, Massel experimented with his career and became a television commentator for the IHRA racing series on SPEED and TNN for three years.

Thanks to his immense knowledge of the motor sports industry and previous experience in front of the camera, he started his full-time career as an on-camera personality. Massel has worked with prestigious networks like the Discovery Channel and ESPN.

Currently, Massel has four race cars, and he races them all the time. He acts as a commentator for Fox Sports and a reporter for the drag racing series on the weekends when he’s not racing.

He Was in a Car Crash

Back in 2010, Massel was involved in a car crash at the Route 66 Raceway. They had won the Saturday night All-Star race and had a preliminary round of racing the next morning.

Although Massel won that round, he crashed his car really bad. His mother was present at the track and witnessed the unfortunate incident. He had a concussion but walked away alive.

Currently, Massel has a lot going on in his life. He is an NHRA driver and the national spokesman for Autogeek, an online retailer of car care products. Additionally, he is the television host for the NHRA’s Championship Drag Racing.

Massel is the on-camera analyst and reporter for the NHRA on FOX’s broadcasts. He is also the host of the shows, Garage Squad and TruckU, which air on the Velocity network.

Garage Squad is airing season five right now. The show is about a set of mechanics who make people’s dream cars a reality. They also offer advice on how to maintain the transformed car.

Massel loves doing television. His show, Behind the Helmet, is also in the works, and they are reportedly planning to find a network for it.

He Has Won Several Awards

Massel is a second-generation drag racer. He won the NHRA Lucas Oil Drag Racing Series Competition National Championships in 2009 and 2012.

#tbt this week we head to ATL for the @nhra #southernationals. The 2011 event was my first race w/ @autogeekcom and we took pics on Sunday! #itwasagoodday @fs1 @velocity

Massel’s father, Bruno Massel Sr., is an entrepreneur, inventor, and a drag racing veteran. Bruno Sr. used to make racing transmissions and would race himself.

In 1965, Bruno Massel Sr. made his record-setting A/Altered roadster. He has set various national records and has won at all levels of competition. 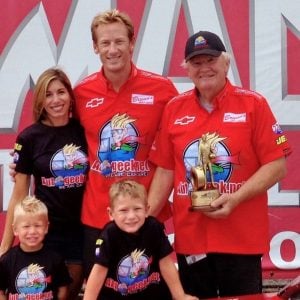 Bruno Massel with his father, wife, and kids. (Credits: Instagram/brunomassel)

In 2008 and 2009, Bruno Sr. was named as NHRA Lucas Oil Drag Racing Series Division 5 “Crew Chief of the Year.” He still holds his position as a crew chief today. So, it comes as no surprise that Bruno Massel gets his racing skills and fascination for the sport from his dad.

Massel’s mother, Roz C. Massel, is passionate about traveling, photography, gardens, and all things French. Her Instagram and Facebook is filled with breathtaking photos of places.

His other sister is Jackie Massel, who is married. She has two daughters, Morgan Bojesen and Alexis Bojesen, as well as a son.

Massel has one more sister, Suzy Massel Anderson. She is married with three daughters and one son.

Who Is Bruno Massel Married To?

Bruno Massel’s beautiful wife is Dayna Purgatorio Massel. Bruno and Dayna Massel have been together for a very long time now. 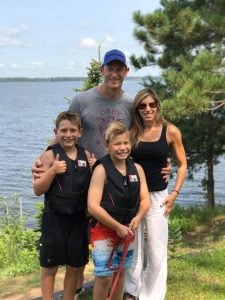 The couple got married on December 28, and an Instagram post suggests that they have been married for 15 years, which means they got married in 2002. They have two handsome sons together, and Bruno Massel doesn’t shy away from uploading their photos on his Instagram account.