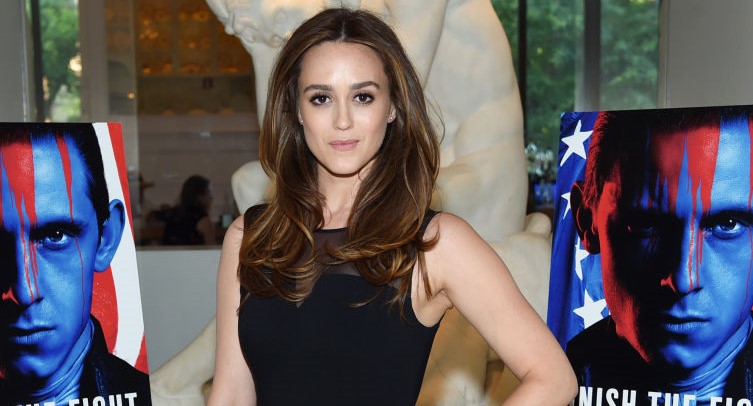 Who is Heather Lind?

Heather Lind’s age is 34 and she was born on March 22, 1983, in Upland, Pennsylvania. She grew up in Guilderland, New York and graduated from Fordham University in 2005. Later, she completed New York University’s Graduate Acting program. She started her career on Broadway but is best known for her role of Anna Strong on the AMC series, Turn. The show rand for four seasons and was centered on the network of spies used by Gen. George Washington against the British.

Lind wrote that a photo of Bush— along with other former presidents, on stage at a 2014 fundraising event for hurricane victims— was what compelled her to speak up.

A part of Heather Lind’s Instagram post reads: “I was disturbed today by a photo I saw of President Barack Obama shaking hands with George H. W. Bush in a gathering of ex-presidents organizing aid to states and territories damaged by recent hurricanes. I found it disturbing because I recognize the respect ex-presidents are given for having served. And I feel pride and reverence toward many of the men in the photo.”

She continued: “He didn’t shake my hand. He touched me from behind from his wheelchair with his wife Barbara Bush by his side. He told me a dirty joke. And then, all the while being photographed, touched me again. Barbara rolled her eyes as if to say “not again”. His security guard told me I shouldn’t have stood next to him for the photo. We were instructed to call him Mr. President.”

A spokesperson for the former president, who’s now confined to a wheelchair released a statement in response to Lind’s claim.

“President Bush would never — under any circumstance — intentionally cause anyone distress, and he most sincerely apologizes if his attempt at humor offended Ms. Lind.”

Lind also wrote that her cast mates supported her at the time of the incident.

“My fellow cast-mates and producers helped me that day and continue to support me. I am grateful for the bravery of other women who have spoken up and written about their experiences.”

She added: “And I thank President Barack Obama for the gesture of respect he made toward George H. W. Bush for the sake of our country, but I do not respect him. #metoo.”

Heather is not married but she is in a relationship with Federico Rodriguez and lives in New York. Heather’s identical twin sister, Christina Bennett Lind, is married and has a son.

The Instagram message has since been deleted but is available in full, online. It’s not clear why the image was deleted but may have been to avoid negative comments. Many have been writing mixed comments on Heather’s latest Instagram photo since the story was made public.