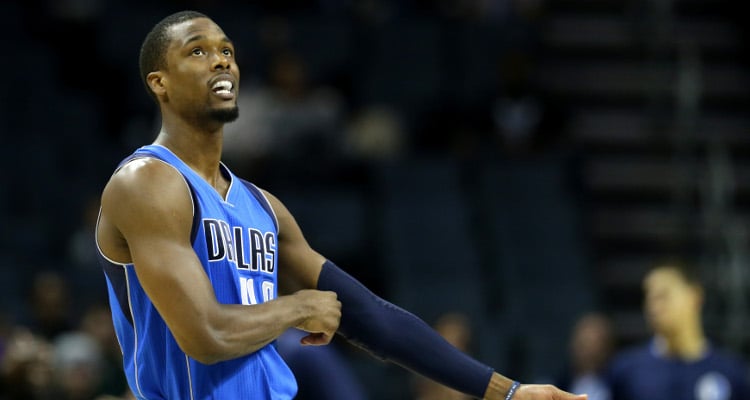 NBA pros had some fun over the weekend at the wedding of Dallas Maverick, Harrison Barnes! The small forward had some big names from the league as he wed his beautiful girlfriend, Brittany Johnson.

Who is Brittany Johnson?

The beautiful Brittany Johnson hails from the San Francisco bay area, far from Barnes’ hometown of Iowa. There’s not much known about her or how she connected with Barnes, but the two definitely got their happily ever after!

However, reports say that she was a longtime fan of the Golden State Warriors before she met him. And guess who was a Warrior? Initially, they kept their relationship a secret, with Barnes referring to her in Instagram posts only as ‘B’. Since Barnes joined the Dallas Mavericks, Johnson has reportedly changed her favorite team from Golden State to Dallas.

Johnson is passionate about the environment and social justice. She has a strong drive towards representing issues such as these in media, through her work as a freelance journalist. According to her LinkedIn profile, she is a multimedia journalist in Dallas.

She graduated with a degree in global studies and African-American studies from the University of North Carolina. She went on to graduate from the UC Berkeley School of Journalism. Even as a student, she gathered extensive experience as a journalist.

She has interviewed people like author, Cheryl Strayed and Ugandan activist, Grace Akallo. She has also covered environment and healthcare issues in Sierra Leone. She has worked with Sierra Magazine, PopSugar, NBC, USA Today College Blog and emPower Magazine.

2016 was a big year for Barnes. He signed a new contract worth $94.0 million with Dallas, and that same year, he joined Team USA at the Rio Olympics. Averaging 4.3 points and 2.1 rebounds per game, he helped the U.S. team win a gold medal. Barnes celebrated the victory by taking a trip to Costa Rica with Johnson during the off-season.

He had to top off his latest accomplishments with the happiest day of his and Johnson’s life. Barnes proposed to Johnson in Costa Rica soon after his Olympic victory. They shared the happiness with his fans by sharing a picture of the massive sparkler he gave her for an engagement ring!

The couple tied the knot on July 29 with both Mavericks and Warriors in attendance. One of his groomsmen included Cleveland Cavaliers’ Kyrie Irving, who enjoyed the LeBron James dance challenge with Steph Curry.