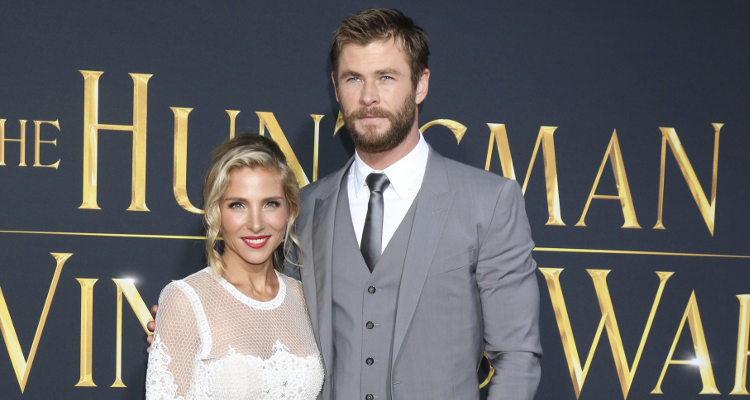 On the occasion of Chris Hemsworth’s 33rd birthday today (Aug 11), here are five facts about the Thor star you need to know:

We’re sure you’re wondering how rich Chris Hemsworth is. Well, his net worth is pretty high and is steadily increasing as he works his way up to Hollywood A-lister status, especially coming from such humble beginnings. His net worth is currently estimated to be north of $70 million! That’s right! The actor rakes in over a million dollars from sponsorships, ads and endorsements, and his salary and earnings for 2015-2016 are over $10 million, already. The charitable actor is known to have a heart of gold, as he recently surprised his father, Craig Hemsworth (a social-services counselor) by clearing all his debts. Awww!

Here is a breakdown of Hemsworth’s total net worth in the last few years:

Hemsworth started out as a small screen actor, in TV shows like Canadian/Australian fantasy series, Guinevere Jones and Australian soap opera, Neighbours. He became a household name, due to his role in the Australian soap opera Home and Away. He got his break in reality TV, with Dancing with the Stars Australia. Hemsworth ventured into Hollywood with a minor role in J.J. Abrams’ Star Trek, but his breakthrough role was Marvel Comics’ character, Thor in 2011.

The actor caught everyone’s attention in Thor, and soon enough he was offered lead roles in movies like, Snow White and the Hunstman and In the Heart of the Sea. Hemsworth revisited his role as Thor in the sequel, Thor: The Dark World, as well as The Avengers and its sequel Avengers: Age of Ultron. Since then, there has been no looking back for the talented actor. Most recently, he appeared in the reboot of Ghostbusters and is currently filming for the third installment of the Thor franchise Thor: Ragnarok. His upcoming movies in 2017 and 2018 include Star Trek 4 and Avengers: Infinity War.

Here are his earnings from some of his hit movies:

“I am mighty.” #Avengers #AgeOfUltron

Born in Australia, to an English teacher named Leonie, and a social-services counselor named Craig Hemsworth, Chris is the middle of three brothers, Luke and Liam, who are actors as well. He and his siblings were raised in the Australian Outback. Chris attended Heathmont College, and his hometown is Phillip Island. He is an avid fan of Australian football and supports the Western Bulldogs.

Hemsworth started dating 40-year-old Spanish actress and model, Elsa Pataky in 2010, and they got married in December of the same year. The adorable couple has three beautiful children together; a four-year-old daughter named India Rose and two-year-old twin sons, Tristan and Sasha. Until last year, Hemsworth was living in L.A., but moved with his family back to Byron Bay in his native country, Australia. Don’t they make a picture-perfect family?

Dear Melbourne, thanks for the hospitality, you’re beautiful and amazing, just like this hot chick I’m hangin with, love u both @elsapatakyconfidential @seeaustralia #melbourne

A picture says a thousand words, my kid only says about 4 but he’s still awesome and way cooler than this sunset #kidsrule @auschildhood @australia

Chris Hemsworth’s younger brother, 26-year-old Liam Hemsworth, is equally popular for the same reasons as his older brother. He has made a name for himself for his professional accomplishments, as well as his on-off relationship with Miley Cyrus. The Hunger Games star is reportedly engaged to the 23-year-old singer, yet again. Liam has acted in movies like, The Last Song, Paranoia, The Dressmaker and most recently Independence Day: Resurgence. The popular actor has an estimated net worth of $16 million, which is rising steadily as he takes on more Hollywood roles. The duo have an older brother named Luke, who is 35 years old and an actor, as well.

Thanks to @peopleschoice for this epic glass statue and all the fans who voted, you’re awesome !!