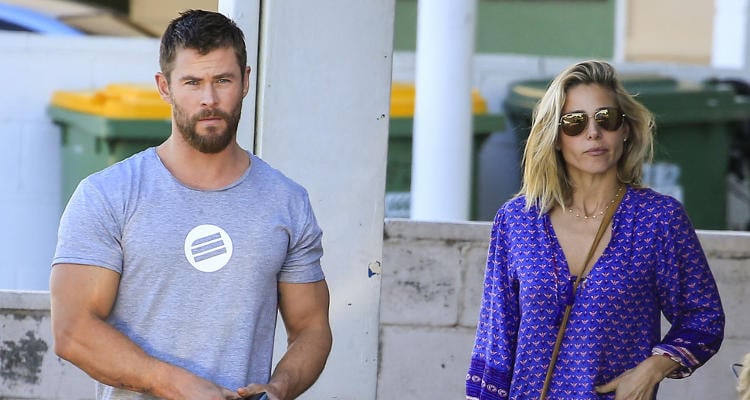 If you are wondering who is Chris Hemsworth’s wife, look no further. She is none other than actress Elsa Pataky, whose 2015 film Fast and the Furious 7 was a monster hit all over the world. The Elsa Pataky birthday falls on July 18, when she turns 40. Chris Hemsworth and Elsa Pataky are one of Hollywood’s most talked about married couples today. Why not? They are glamorous, successful and they look great together! The paparazzi cannot get enough of them, especially the hot Elsa Pataky.

Pataky was born in Madrid, Spain to a biochemist father and a publicist mother. Pataky has Romanian and Hungarian ancestry from her mother’s side. Pataky studied journalism at the CEU San Pablo University where she took acting classes side by side. Pataky started doing theater first before graduating to television roles. Two of her popular series were Queen of Swords and Los Serrano which made her popular in Spain. She then acted in around 10 Spanish films before Hollywood came calling. Pataky was cast as the Officer Elena Neves in the Hollywood action thriller Fast Five. Her performance got noticed and she repeated her role in the subsequent sequels 6 and 7.

After splitting from Adrien Brody in 2009, Pataky started dating Australian actor Chris Hemsworth in 2010. They married each other in 2010 and now have three young children together. In the last few years, Hemsworth’s career has been on the rise with movies like the Thor series and The Avengers franchise. He has also appeared in movies like Star Trek, A Perfect Getaway, Red Dawn, Snow White and the Huntsman and Rush. In 2015 Hemsworth made headlines acting in the thrillers Blackhat and In the Heart of the Sea. Chris Hemsworth and wife are today one of Hollywood’s power couples now.

As of lately, it’s Pataky who is grabbing headlines in the media. Elsa Pataky hot pics are a staple on the Internet. Her nude pictures and bikini shots have men drooling over her. However, after Elsa Pataky’s wedding to Hemsworth, the media has reduced their obsession with her physical attributes. Meanwhile, Hemsworth is focusing on his career and has two big movies coming up soon. The sequels to his Thor and Avengers movies. Usually actors move to the USA to get film work but Hemsworth has done the exact opposite. In 2015, Hemsworth shifted with his family from Los Angeles to Byron Bay in his home country Australia. The move came shortly after Hemsworth realized that he no longer had to live in America to get film roles.

Lately Elsa Pataky’s Instagram is full of pictures of the couple. Their fairy tale marriage continues to keep their fans spell bound and Hollywood beaming. In an age of marriages breaking up in little time, Pataky and Hemsworth stand out for their devotion to each other. Managing careers and family wonderfully, the star couple continue to make inroads into Hollywood.