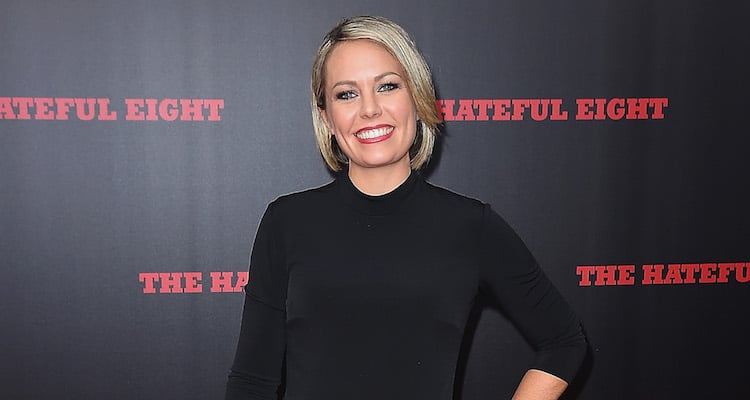 What happened to Dylan Dreyer?  Some fans of the Today show meteorologist have been wondering where their favorite on-air personality is, and when they will see her again. Where is Dylan Dreyer now? Don’t go anywhere, because we have the updates on her, right here.

Is Dylan Dreyer Still on the Today Show?

If you haven’t had a chance to track down Dreyer, then don’t worry, because she hasn’t gone anywhere! Since having her baby, Calvin, she’s been back at work for a little while now and has settled into her new routine, which includes her son, of course. Dylan Dreyer’s Today show appearances are far from over, and she’s back to doing what she loves. It’s no surprise that people miss TV anchors; they see them every day and it becomes a part of their routine. Many bring life to the shows they’re on and give a perspective that viewers can agree with.

Dreyer hit the ground running when, shortly after she went back to work, she had to cover the damage created by Hurricane Harvey. She covered the natural disaster closely and reported from the ground, witnessing all the devastated areas.

“I’m lucky I have a home to come to,” she said. As a meteorologist, she said it was “incredible to see the rain not stop” and that even though people have lost their homes, “their spirits are so high.”

Where is Dylan Dreyer Today?

Where is Dreyer when she’s not at work in front of millions? She’s at home with her adorable son! Dreyer still has that ‘new-mom’ glow and rushes home to be with her 10-month-old baby.

“I got back at 3 o’clock this morning. I didn’t want to wake him because you don’t wake a sleeping baby,” she said. “And my husband [NBC Nightly News cameraman Brian Ficher] was just like, ‘Just go in and give him a hug, hug him back to sleep.’ I’m like, ‘I want to so bad,’ and I didn’t. I can’t wait to get home to see him. I miss him so much.”

As you would expect, Dreyer’s Instagram account is littered with photos of her infant son and she’s not afraid to wear her heart on her sleeve. From crawling to dressing him up, Dreyer is enjoying every minute of parenting, even though her schedule doesn’t always allow her to be with him.

She’s over-the-moon about being a new mom and judging by Dylan Dreyer’s Instagram account, she can’t resist posting photos of her perfect little cherub! We can’t say we blame her, that little “cheese” is utterly adorable!

Our 10-month-old cheese!!! Time flies when you're having fun! Just when we think today can't possibly be better than yesterday, he always surprises us. Then we start feeling bad for today because we know tomorrow will be even better! #ourheart #gocalgo #10months #liveinthemoment

Dreyer also took time to look back on her five-year marriage to her husband and best friend, Fichera.

“Even more love grew out of the love we celebrated 5 years ago. I’m so blessed to call you my husband and my best friend. Calvin is blessed to call you daddy (or just du right now). His happiness is a direct reflection of ours. Happy 5th anniversary to my one and only! #dontforgetbosco #best5yearsofmylife,” she posted, with a picture of the two smiling on a Delta flight. It’s nice to see that even though they’ve added one more to their growing family, the couple still takes anniversary trips together and make time for one another! (Husbands often get bumped down the list when a new bundle of joy arrives. That’s motherhood, for ya!)

My love ❤️❤️❤️ Celebrating 5 amazing years together!! (Behind these smiles…and after only 5 hours away…we're crazy missing our little guy. Is he missing us? Not when he's being spoiled by his grandparents!!) #anniversarytrip #waitonlyonesuitcase? #ijustsleptontheplane