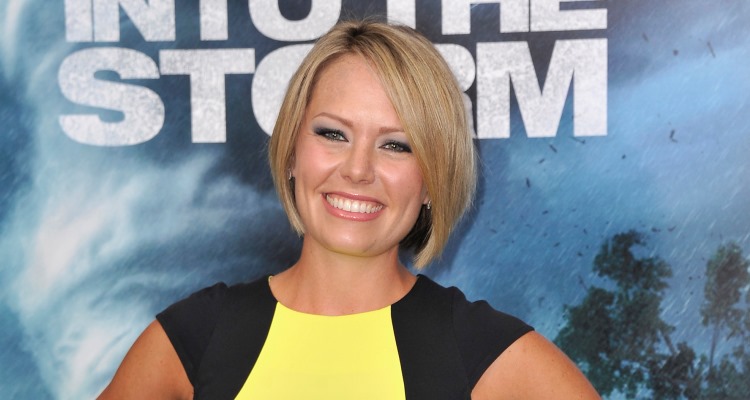 In an exclusive interview for People‘s Celeb Parents Get Real, the Today show’s meteorologist and new mom, Dylan Dreyer, got candid about milking her child. Now, parents are searching for more about the famous TV host and Dylan Dreyer’s husband. To learn more about her, have a look at our Dylan Dreyer wiki!

Who is Dylan Dreyer?

Who is Dylan Dreyer Married To?

Dreyer has been married to her husband of four years, Brian Fichera, 30,— a cameraman for NBC Nightly News. The couple met while working Boston’s WHDH morning shift. He also has an Instagram account with 15.5k followers.

Like any media personality, Dreyer has Instagram where she has 197k followers who can watch her every move. It sounds creepy, but she shares her fondest memories; from unfortunate bangs and braces to celebrity pictures! And yes, there are tons of pictures of her family with her.

Dear 14-year-old Dylan: There will come a day more than 20 years from now when you will have lunch with your teen idol @jason_priestley Well today was that day! Thank you for being so lovely and for signing one of my many recorded VHS tapes of 90210! #youwearitwell (@todayshow , I love how you can make things happen!)

“I just can’t believe I’m this lucky,” Dreyer wrote in a blog post. “I am so grateful and thank God every night and pray for him to keep his angels around our little one so that he’s safe and protected.”

She continued, “I’ve asked people to try to explain to me why having a baby changes your life in a way you could never imagine. No one can put it into words, but when I saw this little guy and watched him dance around and touch his hand to his face, I fell in love instantly. A love I, too, can’t put into words.”

She Had Problems Breastfeeding

In an interview with People, the meteorologist opened up about how she was unknowingly feeding him less than she was supposed to!

“The first three months, Calvin was looking thin and svelte — he looked like a nice, fit little baby,” said Dreyer. “We go to the doctor and the doctor says, ‘You’re really not feeding him enough food.’ I was exclusively breastfeeding. And he said, ‘[Calvin]’s getting about half of what he should get in a typical day.’ ”

She continued, “And it broke my heart. I cried when he said, ‘You have to supplement with formula,’ because I felt like I’d let him down and my body couldn’t do what Calvin needed me to do.”

The doctor went on to say that she had “small Tupperware” in reference to her breasts, which would make things difficult. Dreyer has since switched to formula and gives Calvin whatever milk she can produce naturally.

Hope you and those you love had a wonderful Easter! I'm feeling blessed this year with my 2 favorites! #happyeaster #soblessed

She Felt Guilty Not Breastfeeding

Dreyer felt so drained and upset that she wasn’t in the best place to hold her son, so she passed him on to her husband.

“There was one day I was really tired, really on edge, Calvin just kept crying and crying,” she remembers. “I felt myself getting angry and frustrated, and I handed him to [husband Brian] and I said, ‘You need to take him, because I’m in a bad place right now.’ ”

Dreyer continued, “It makes me feel so guilty for having to do that because I couldn’t handle it … [but] that’s why we’re a team, because I could hand [Calvin] off to [Brian].” Well, she seems to be doing a great job now, and she’s certainly ironing out all the kinks of motherhood!