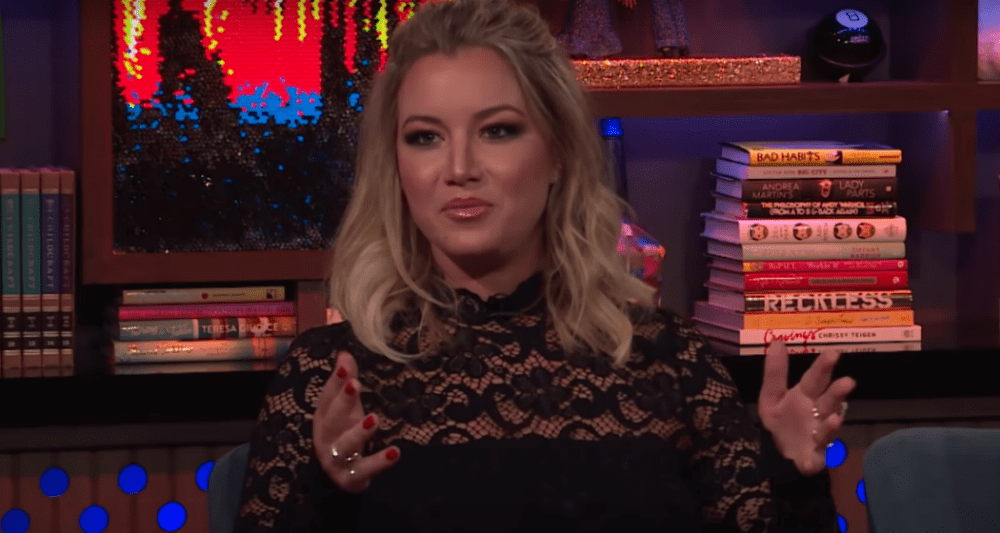 Hannah Ferrier is having the time of her life working as a chief stewardess on the hit TV show, Below Deck Mediterranean. She gets to travel to exotic places in Europe while showcasing all the antics on camera—and gets paid for it! Ferrier is originally from Sydney, Australia, and spends her time there in the off-season, when she’s not working. Ferrier has been linked to a couple of her co-stars but is currently single. Since her time on Below Deck, fans have become curious to know more about her and our Hannah Ferrier wiki has it all!

Who Is Hannah Ferrier?

Born on November 23, 1986, in Sydney, Australia, Hannah Ferrier’s age is 31. She developed a huge fan following after appearing in all three seasons of Below Deck Mediterranean, which were aired on Bravo.

Below Deck Mediterranean is an American reality television series that chronicles the lives of the crew members who work and live aboard a 150 foot mega-yacht during charter season.

Who’s pumped for the reunion tonight?! What do you want to find out and who are you watching it with?! Make up @carolinemakeuptime Jewellery by @nicolerosejewelry hair @onceuponabride_ny dress by @getdressedhire ???

The yacht has gone to exotic places like Greece, Croatia, and Italy, and Ferrier has been on all three trips. Ferrier feels that fans like her because they can sense that she is a genuine person.

Speaking to the media, she said: “I’m appealing to audiences because they like real people and they want somebody who is not trying to be someone else.”

Ferrier was raised in a family that was nautically inspired, and she has always wanted to sail and travel across seas. When Ferrier was just five years old, she experienced tragedy in her family when her 10-year-old brother passed away.

She attended a regular state school called Asquith Girls High School in Sydney, but she left her studies after the age of 13 because she wanted to follow her passion for working.

She Started Her Career Working as a Waitress

Ferrier started working as a waitress but did not like the long hours that she had to put in every day.

She then switched to the IT and Telecommunications field and worked in this industry for seven years in her hometown of Sydney. She started out in the sales division and slowly started climbing the career ladder. But still, it wasn’t the right fit for her.

She Became a Stewardess on Mediterranean Cruises

Ferrier got bored with her predictable job and decided to try something new: a career working aboard ships and yachts. She studied and acquired the qualifications required for becoming a chief stewardess and started her new sea-loving career. She moved to Europe and started working on Mediterranean cruises.

She even tried her luck in the United States but returned to Europe after just three months because she missed the relaxed lifestyle of Europe.

Bravo Gave Her an Offer She Couldn’t Refuse

Things were going smoothly before lady luck smiled on Ferrier and Bravo TV offered her the job of chief stewardess on the reality TV show, Below Deck Mediterranean. It was her good looks, skills, and experience at sea that clinched the matter and Ferrier became part of the show in its first season.

Having Fun & Getting Paid for It

Now, Ferrier gets to go to beautiful places all across Europe and what’s really cool is that she gets paid handsomely for it! Ferrier has said that she doesn’t get too much free time when she is working on the yachts, but she goes sightseeing whenever she gets the opportunity.

Ferrier now divides her time between her hometown Sydney and her European home in Southern France, spending time at the latter whenever she is working during the holiday season.

A Modest But Hard Earned Net Worth

Ferrier’s job as chief stewardess has paid off financially, as well. According to reports, she gets a yearly salary between $62,000 to $75,000, and her net worth is currently estimated to be around $200,000.

Ferrier Has Been Linked to Her Costars

Fans are curious about Ferrier’s personal life and want to know if she has a boyfriend or a husband. According to reports, she is currently single and has never been married. There have been rumors that she had a torrid affair with one of her show’s co-stars, namely Adam Glick, but the two of them are reportedly just good friends now.

Ferrier regularly posts pictures of herself and Glick on her social media accounts and she says that they are just good friends. She adds that she can’t understand why people think that he is not good for her. (From what we can see, the two mesh very well together!)

However, in an episode in June 2018, Ferrier shared a steamy kiss with another costar named Conrad Empson after having a few drinks and relaxing in the pleasant Mediterranean weather. What’s that they say? Never mix business with pleasure…

Fun fact: I actually applied for Below Deck with my deckhand after a massive night out and forgot about it the next day. This is the photo I thought would make a good impression ? Thanks for all the support and love guys. Happy 100K followers! ??? #100,000

Ferrier’s Instagram account gives us an in-depth look at her life on the water—and it looks like life is pretty good on the high seas! She loves to post pictures of the incredible places she’s been and this beauty has been to soe pretty rad places!

She has a tattoo below her neck, but it is not clear what it says except that it’s related to dancing. Ferrier loves to connect with people through her social media accounts, and her Instagram account is full of sexy pictures of her on the water, in bikinis, on yachts, with her friends and family, and eating all kinds of exotic foods.

There are photos of her attending red carpet events, as well. She looks stellar no matter what part of the world she’s in!

She Dreams of Hosting Her Own Travel Show

She has said that “her girlfriends keep her very grounded” and that “she likes to remember where she came from.” As for future goals? Ferrier’s dream is to host her own travel show, and she is very passionate about it.

Even Celebrities Gush Over Ferrier!

Ferrier is so well-liked by everyone that even celebrities fawn over her when they meet her! Like in July 2018 when Chrissy Teigen met her in Malibu, California, and went nuts over her! She even tweeted, “I just saw hannah from below deck let me tell you, I am shaking. I so rarely ask people for photos. Thank you @hannahferrier_.”

So this just happened!! I ran into @chrissyteigen at the valet today and we had the biggest fan girl with each other!!! My life is now complete!!!! ??? #belowdeckmed @bravotv @51minds

Ferrier reciprocated Teigen’s fan-girl moment and posted on Instagram that her life was now complete as she had met Chrissy Teigen!

Ferrier is living her best life, doing what she loves and visiting places that she’s always dreamed of going to. She’s extremely passionate about her job and has no regrets about shifting her career plans from the IT/Telecommunications field!

Ferrier has shown that you can have both business and pleasure if you put passion and thirst for a career you love first. Ahoy! The future seems like a bright sunrise on the seas for Hannah Ferrier!