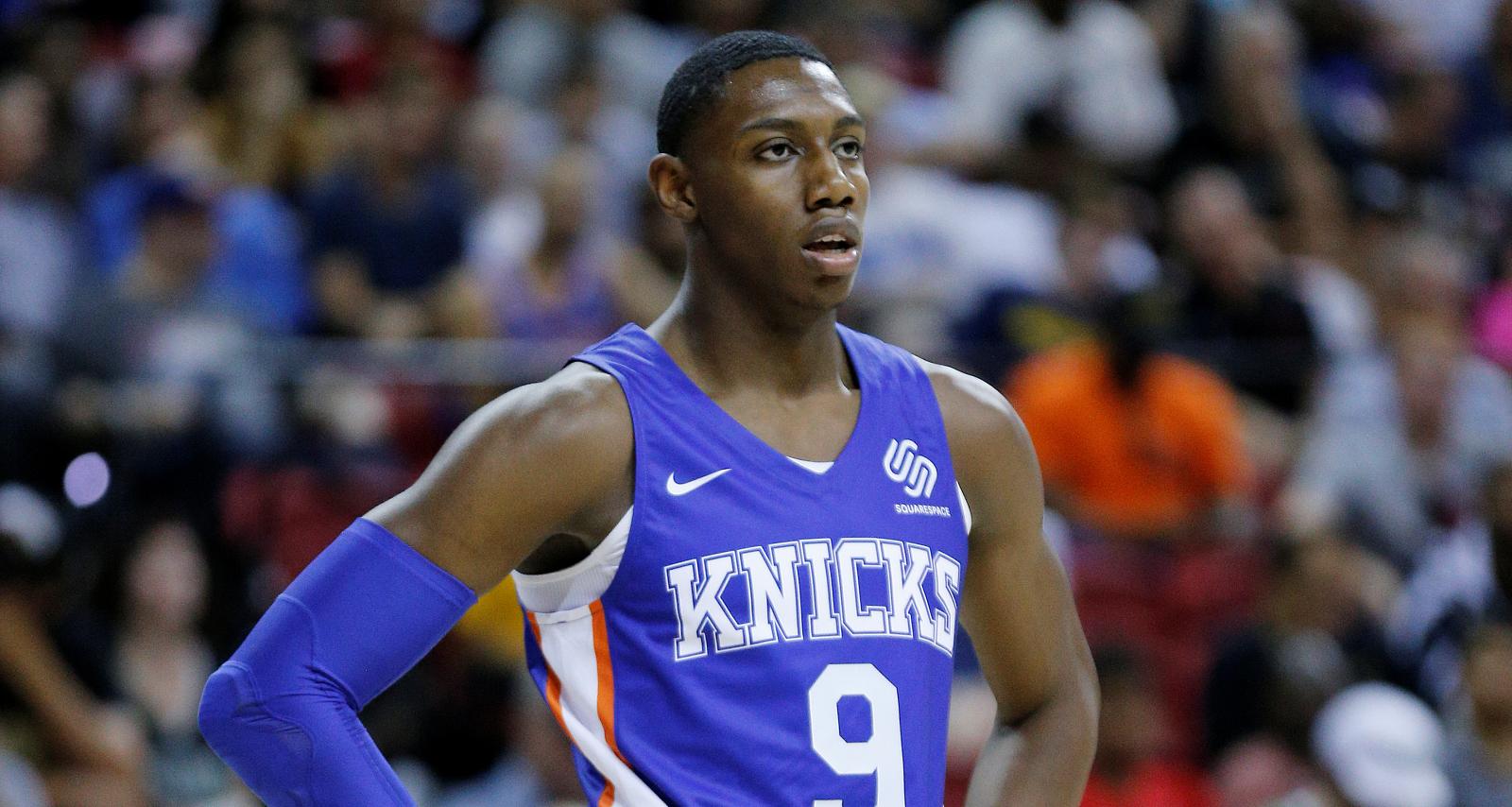 As RJ Barrett proves he has the potential to be an indomitable force for the New York Knicks, the attention is also on his personal life. Fans want to know who RJ Barrett’s girlfriend is, or if he is dating anyone. Barrett has been in a relationship with Hailey Brown since long before he entered the NBA. She has her own background in basketball that is comparable to her NBA beau’s. She is worth the spotlight in this Hailey Brown wiki.

Hailey Anne Brown was born on June 16, 1999, and is from Canada. She hails from Ontario, where her family is based in the town of Hamilton.

Hailey is one of three daughters born to Raquel and Richard Brown, and they are of biracial descent. Hailey’s mom Raquel and her sisters, Lateisha and Lex Brown, own and operate their own fashion businesses.

At 6’1”, Hailey Brown is a spectacular basketball player on both the collegiate and international levels. She played basketball at St. Thomas More Catholic Secondary School and the Rise Center Academy, and was ranked a top prospect by ESPN HoopGurlz.

In 2013, she played internationally for the first time as part of the Canadian national team. She helped the team win a silver at the FIBA U16 World Championships in Mexico and gold at the 2015 FIBA U16 Americas. She also played in the U17 FIBA World Championships and the U18 FIBA Americas, winning a silver in the latter.

Brown maintained a spot on the national women’s cadet teams, which paved the way for her NCAA career. The University of Michigan Wolverines had been courting her long before she was a senior in high school. It was only natural for her to take up the offer and play for the Wolverines, starting from her freshman year in 2017.

While she built impressive stats in basketball, academically she was enrolled in the College of Literature, Science and the Arts. She received her communications degree in 2021.

Brown hasn’t pursued basketball professionally. She previously did a digital communications internship for the Missing Children Society of Canada. Currently, she serves on the committee for Women Uplifting Women.

Like her mom and sisters, Brown turned to a entrepreneurial career in the beauty business. She launched and operates S L E E K by Hailey, a hair extensions line designed specifically for curly hair textures.

The Canadian-born basketball players have been dating at least since September 2018, when they began featuring in each other’s social media. It’s unclear when and how Hailey Brown and RJ Barrett met and came to date.

Hailey and her family were present for the remarkable moment when Barrett was selected by the New York Knicks in the 2019 NBA Draft. Currently, it appears that Brown has moved to New York where Barrett is based.