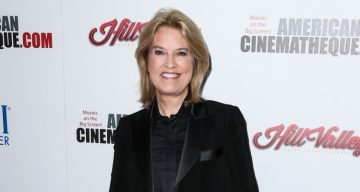 What happened to Greta Van Susteren? One of the top anchors of Fox News left the channel today and although a clear reason why is unavailable, a source said the veteran host was seeking to renegotiate the terms of her contract, but was unsuccessful.

Worth a whopping $35 million, Van Susteren spent 11 years at CNN and 14 years afterward at Fox News. She joined Fox News in 2002 and reports said she was given a handsome pay increase after signing her contract.

Greta Van Susteren earned a J.D. (Juris Doctor) from Georgetown University Law Center in 1979 and worked as an adjunct faculty member alongside her legal career, before taking her skills to the newsroom. She also holds an ‘Honorary Doctor of Laws’ degree, which she earned from Stetson Law School.

Where is Greta Van Susteren from? The 62-year-old was born in Appleton, Wisconsin. She married a lawyer named John P. Coale in 1988, who has also served as an adviser for Sarah Palin. The couple are members of the Church of Scientology.