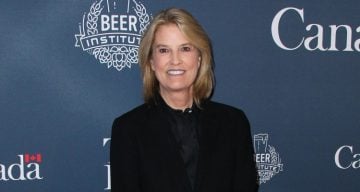 According to initial reports by Fox News, no reasons were given in regards to her departure, however, a source said it was a financial disagreement that led to Van Susteren’s exit. Fox co-presidents Jack Abernathy and Bill Shine said, “We are grateful for Greta’s many contributions over the years and wish her continued success.”

“Yes, I have left the Fox News Channel.

On Thursday night, I made my decision and informed Fox News of my decision that I was leaving Fox News Channel per my contract.

Fox has not felt like home to me for a few years and I took advantage of the clause in my contract which allows me to leave now. The clause had a time limitation, meaning I could not wait.

I love my staff, I love my colleagues, and I love the crews. That is the hardest part of this decision as they are wonderful people.

And most of all? I love the viewers – even the ones who have gotten mad at me over the years and taken swipes. J

I hope to continue my career in broadcasting.”

Where to Go from Here?

Van Susteren told The Daily Beast, she had a long-term deal, however, if things did not work out at Fox, she would consider re-entering the legal field or teaching at Georgetown University. The aforementioned social media post also suggests she has plans of continuing a career in broadcasting.

Where is Greta Van Susteren from?

Born in Appleton, Wisconsin on June 11, 1954, she began her career after earning both a master’s and a doctorate degree in the study of law. She also covered the O. J. Simpson murder trial, appearing regularly on CNN as a legal analyst. This endeavor lead to her opportunity to co-host CNN’s Burden of Proof and The Point. She switched to Fox News in 2002, after a contract-bidding war, hosting the current affairs show along with On the Record.

Her spot the 7:00 p.m. show On the Record will be replaced by senior political analyst, Brit Hume, effective immediately, and at least through the election season. For more information on Greta Van Susteren, click here!