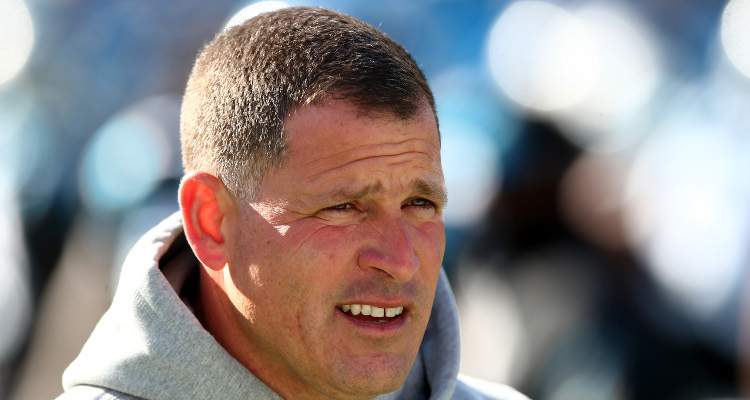 Greg Schiano’s controversial past seems to have caught up with him, and the University of Tennessee has backed out of an agreement with Schiano to appoint him as their head coach. People and politicians had protested against the move to hire him, accusing him of keeping silent when reports of alleged sexual abuse of young boys surfaced during the time he was an assistant coach at Penn State. Schiano has been accused of keeping quiet even though he apparently knew that fellow coach Jerry Sandusky was abusing young boys.

Born on June 1, 1966, in Wyckoff, New Jersey, Greg Schiano’s age is 51 years. After attending Ramapo High School, Schiano graduated from Bucknell University with a B.S. in business administration in 1988. He played football in college and played defense, deferring to the wishes of the assistant coach Joe Susan. Schiano’s coaching career began when he was the assistant coach at Ramapo High School for the Raiders football team. After serving as a graduate assistant at Rutgers, Schiano took the same position at Penn State in 1990. Schiano has also held various coaching positions at several schools, including the University of Miami and Ohio State. He has coached in the NFL as well, with professional teams such as the Chicago Bears and the Tampa Bay Buccaneers.

Also Read: Who Is Jamie Naughright? Where Is She Now?

Roots of the Controversy

The roots of the current controversy surrounding Tennessee lay at Penn State, where Schiano was accused of staying quiet while alleged child abuse incidents were going on in the late 1980s and 90s. According to The Washington Post, a former Penn State assistant coach named Mike McQueary testified in 2012 that a third assistant coach told him that Schiano allegedly told him that fellow assistant coach Jerry Sandusky was acting inappropriately with young boys in the shower. McQueary said the third assistant had not given any specific details but “Only that he had – I can’t remember if it was one night or one morning – but Greg had come into his office white as a ghost and said he just saw Jerry doing something to a boy in the shower. And that’s it. That’s all he ever told me.” However, Schiano later denied this accusation by McQueary and said that he “never saw any abuse, or had reason to suspect any abuse” at Penn State.

The Past Refuses to Go Away

The hiring by Tennessee has been heavily criticized and many people gathered at the football stadium to protest and show their unhappiness over the move to hire Schiano as head coach. Now, the matter has become highly politicized, and it looks like Schiano will return to Ohio State as they prepare for the Big Ten Championship game. Greg Schiano’s wife, Christy Mitchell Schiano, would perhaps be one of the few people on his side as this controversy threatens to snowball into a bigger issue. The couple met at the Bucknell University and now have four kids of their own. Schiano says that his wife is the most important person in his life and his family comes first before anything else. Greg Schiano might not become a part of the University of Tennessee football staff, but the allegations against him aren’t going away anytime soon and that seems like a bigger feat at the moment.