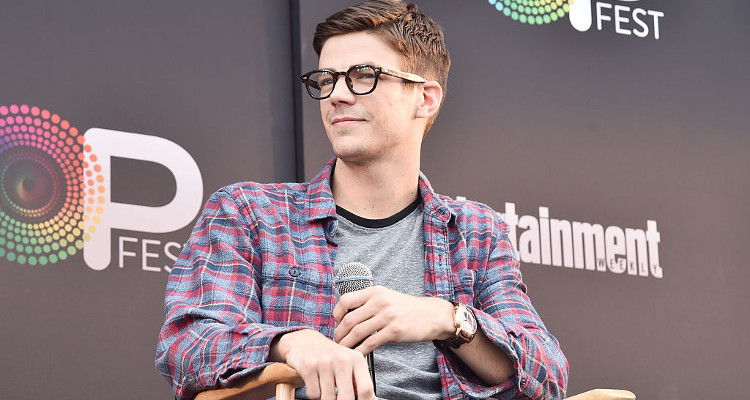 Grant Gustin plays DC’s speedy scarlet superhero in The Flash on The CW. He’s the crush of thousands of girls but who is Grant Gustin dating? His relationship history will leave you shocked.

Being a superhero has certain requirements, including being able to belt out some tunes. The CW aired a musical crossover of The Flash and Supergirl on Tuesday (March 21) called “Duet” and boy was that popular! We know from Glee that Grant Gustin has a set of pipes, and the actor has dabbled in musical theater, too. But while he has plenty of girls swooning over him as the Flash, what about the heartthrob who brings Barry Allen to life? Does Grant Gustin have a girlfriend in 2017? You’d think a good-looking hero like him would have no problem finding a girlfriend, right? Unbelievably, Gustin has only dated two women that we of. Take a look at his dating timeline, right here.

#Supergirl joins #TheFlash for a special episode, TONIGHT at 8/7c on The CW! pic.twitter.com/M52PxlIoS0

Last year, Gustin dated a young dancer by the name of Hannah Douglass. At the time, 27-year-old Gustin was playing a gay student named Sebastian Smythe on three seasons of Glee, where he started an off-screen romance with Douglass, who played a performer for the Troubletones, one of the choirs featured in the show.

They kept their relationship low-profile and weren’t spotted together in public that often. But they did appear in each other’s social media posts. She was in one of his posts from San Diego Comic Con and seemed to be a very supportive girlfriend. When Gustin announced his cast in The CW series as The Flash, she was one of the many people to tweet about it.

The two had been together for years and according to some news outlets, they had known each other even before Glee. But their hectic schedules took a toll on their relationship when Gustin was busy filming The Flash, and she was busy dancing behind Beyoncé on tour. So as Douglass’ appearances in Gustin’s Instagram posts grew less, fans figured that their relationship had ended.

Did you think that Grant Gustin was a single man and you might have a chance with him? Well, we are sorry to burst your bubble! After his breakup from Douglass, a mystery woman became a regular appearance in Gustin’s Instagram posts. He would refer to her as “L” in the captions, and they looked absolutely smitten with each other. He even captioned one post with, “I love my LA weekends with L.”

Who is this mystery woman? There’s very little information available on her, mostly because she’s not a celebrity. But fans later discovered she is Andrea Thoma, who goes by LA Thoma. She’s a physiotherapist from Virginia, who moved to California. She played soccer in high school and was inducted into her school’s Athletic Hall of Fame.

She has a Bachelors of Science degree in exercise physiology from Kent State University and a Doctorate of Physical Therapy from Old Dominion University. Being a speedy superhero on-screen could result in injuries, so at least Gustin knows he has a good physiotherapist to help him out! It’s possible Gustin could have met the young doctor after an injury on set.

The couple isn’t seen much in public, but they look super cuddly in their respective posts on social media. Most of their pictures are playful and affectionate, looking like they’re absolutely crazy about each other. They post about their dates, vacations, and he even showed off the choker necklace he got her. Only a perfect boyfriend would give a gift in line with the latest fashion trends! Since having the Glee star on her Instagram, LA Thoma has become something of an Instagram celebrity. She now has over 144,000 followers, however, it’s nowhere near Gustin’s 4 million followers.

I got her this choker. ☺️😍 Best date for anything, ever.

While Grant Gustin breaks hearts being adorably in love with his girlfriend, Barry Allen makes hearts flutter on The Flash Tuesday nights at 8:00 p.m. EST on The CW, so tune in!